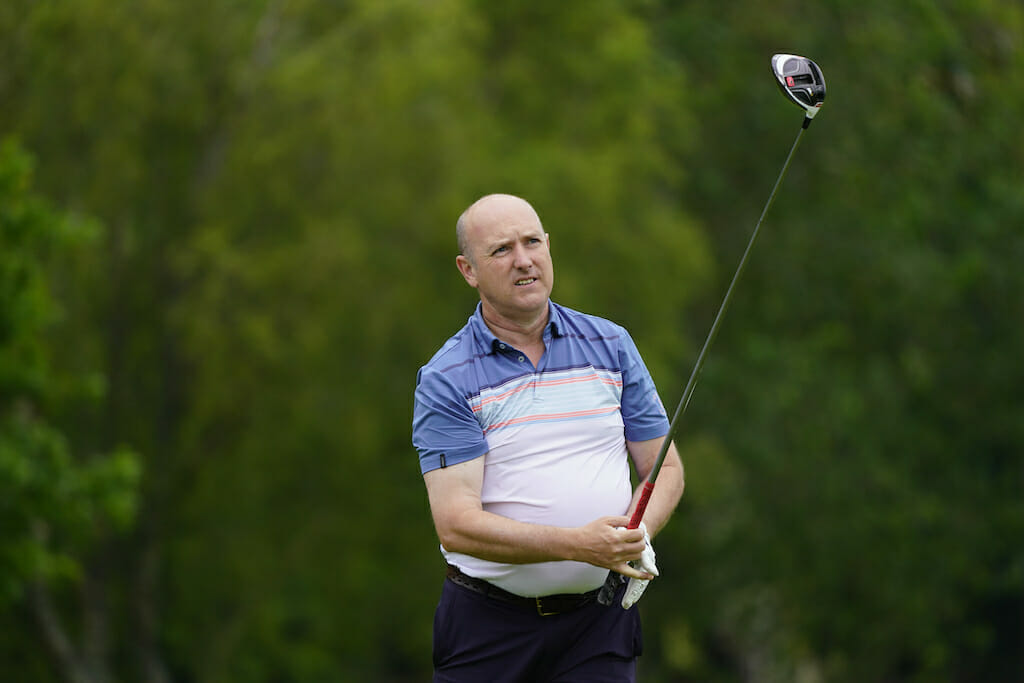 The cream rose to the top on the opening day of the Irish Men’s Mid-Amateur Open Championship with Galway’s Joe Lyons and Tramore’s Paul Flynn out in front at three-under par ahead of the final round in Thurles GC.

Former Waterford Hurling hero Flynn proved just as effective on the fairways on Saturday, hitting the ground running with five birdies in a three-under par 69 in the morning before consolidating his position atop the board with two birdies and two bogeys in a solid even-par second round effort.

Sunday will prove a huge occasion in Flynn’s golf career, and he’ll have an absolute stalwart of the amateur scene to fend off if he harbours title ambitions after Lyons birdied his final hole of the opening day to join him at three-under par.

The 2019 Munster Stroke Play champion, a legend of Galway Senior Cup teams and a former Irish international, posted six birdies in his first-round salvo of two-under 70 before starting on the back nine in the afternoon and adding five birdies in a one-under 71 in round two.

Lyons and Flynn might be out in front but they’ve a whole host of players waiting in the wings to mount a title challenge on Sunday. Among a four-way tie for second just one shot back of the lead is Carton House’s Paul O’Hanlon, a winner of the East [2016] and the Close [2008] in an illustrious amateur career, who backed-up an opening two-under 70 with an even par second round effort to be stalking the lead.

Alongside him, Portmarnock’s Geoff Lenehan, no stranger to the big stage either having lifted the Mullingar Scratch Cup in 2014; he carded nine birdies across his rounds of 70 and 72.

Castletroy’s Andrew McCormack, who eagled the par-5 eighth twice today in rounds of 73 and 69 is also right there at minus-two alongside Malahide’s Gavin O’Connor [69 & 73].

The leading six were the only players under-par on a pristine looking Thurles Golf Club after 36-holes, with two-time champion from Cork, Gary O’Flaherty lurking menacingly just three shots back in a four-way tie for seventh place at even par.

The cut to the top-33 and ties fell at seven-over par with Lee Valley’s Ian Bohane, Rosslare’s Mark Mullen and St. Anne’s Senan Kavanagh making the grade right on the number.

Bohane and Mullen will get Sunday’s final round underway at 8.10am. The final group gets underway at 9.55am.