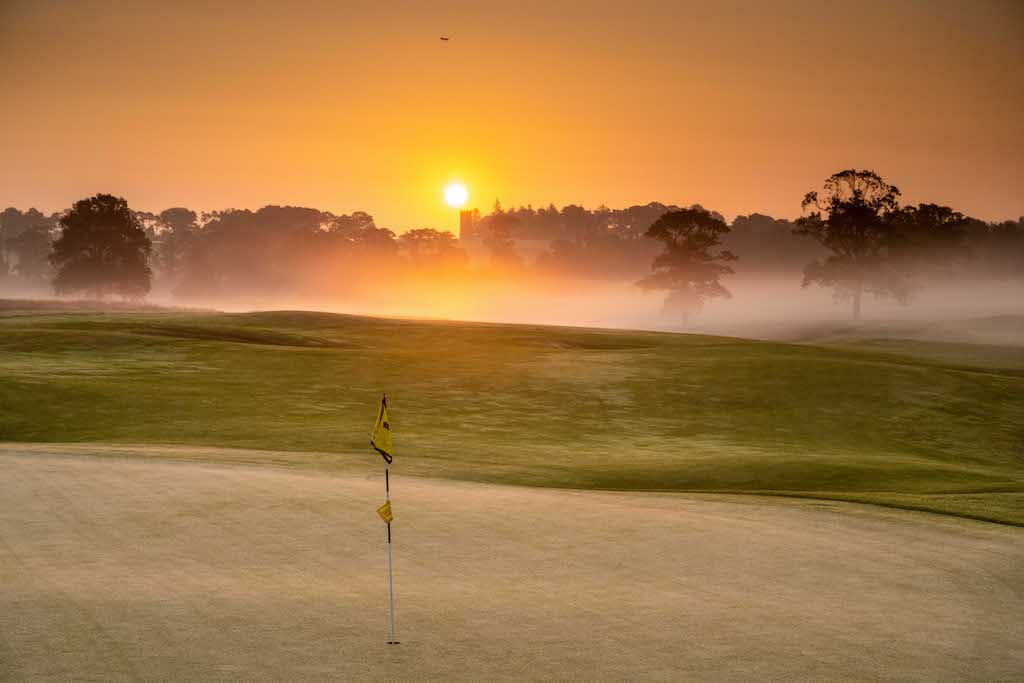 The 8th green on Montgomerie at Carton House - By Kevin Markham

NUI Galway’s Liam Nolan went bogey-free for the second day running after posting a five-under par 67 to open up a three stroke lead at the R&A Student Series at Carton House.

Part of Ireland’s winning Home Internationals side last month, Nolan carried his form to the Montgomerie Course where he opened with a one-under 71 before moving clear of the field with five birdies in a superb Wednesday showing.

Nolan holds sway from Maynooth’s Ryan Griffin who finished with four birdies in his last five holds to sign for a three-under 69 to sit three shots back in solo second with TUD’s Kevin Robinson in a share of third at two-under par.

Overnight leader Aaron Marshall slipped down the leaderboard with a second round 80 while UCD Andrew Doyle (+1) and the Maynooth quartet of David Kitt, Luke Harris, Eoin Murphy and Jordan Boles will need to go low in Thursday’s final round to mount a challenge from their tie for seventh at plus-two.

In the women’s event, Maynooth’s Clodagh Walsh, sister to Wake Forest star Lauren continues to head the home charge, though she now trails Penelope Brown by six strokes ahead of the final round in Kildare.

The Castlewarden golfer added a 76 to her opening 75 and sits at seven-over par with Brown out in front at one-over, just one clear of Stirling teammate Lorna McClymont.

Trinity’s Kate Lanigan will need something special from a tie for sixth at 11-over while Ulster’s Shannon Burke is the only other home contender inside the top-10 at plus-13.

The R&A Student Series was first launched in 2019 to provide student golfers throughout UK and Europe with high performance playing opportunities. It extends the support of student golf. Each year, almost £500,000 is invested in student and university golf through the R&A Foundation Scholars programme. Currently, the organisation supports golf programmes at 17 universities and in the 2020 /2021 academic year and awards individual Foundation scholarships.