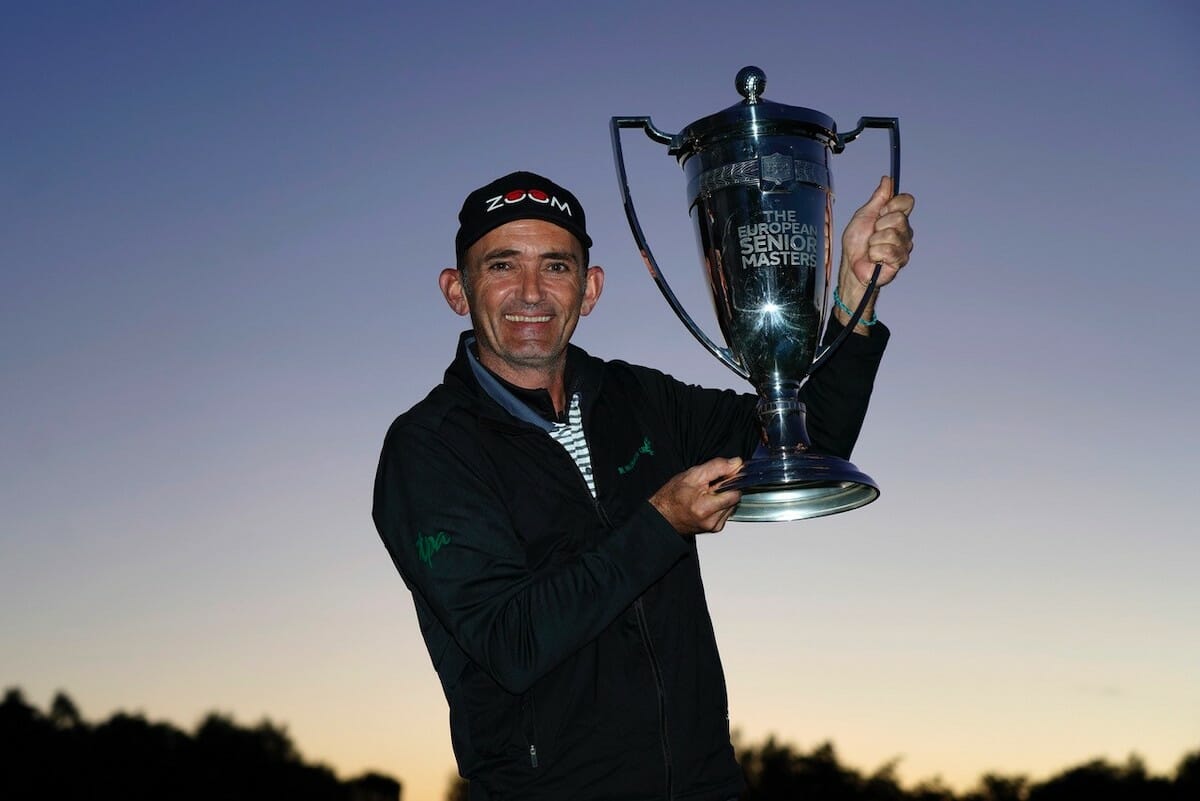 The Austrian, who has finished runner-up in this event on his last two starts, posted a three over par round of 75 to finish on a five under par total, two shots clear of Argentina’s Rafael Gomez.

The 53-year-old was overjoyed to get the job done after admitting he felt the pressure on the final day at Forest of Arden Marriott Hotel & Country Club.

“It feels amazing,” he said. “It was such a battle and I couldn’t remember how difficult it was to actually win. I played very good for nine holes today but then I began to actually think too much and then I made a few bogeys which meant it was difficult at the end but I am so happy.

“I made a little mistake at the ninth, a three-putt on ten and suddenly the pressure crept in and I kept making bad swings and bogeys. Rafael just kept going but fortunately he made a bogey on 16, which gave me a bit of breathing spacebut the back nine was certainly not easy.”

Brier, who had to complete 12 holes of his second round in the morning, which meant the Austrian played 30 holes on day three, believed he reaped the rewards of the work he has put into the mental side of his game in recent years.

“I had to take a few deep breaths and think about what I have been doing the last 20 years on the mental side of my game,” he continued. “That definitely helped me hit some good shots when it mattered, especially my short game.”

Brier now heads to his native Austria as a Legends Tour winner for the Riegler & Partner Legends at Golf Club Murhof, where he is hoping to replicate his success.

“I am looking to forward to playing in Austria next week,” he added.”Our promoter in Austria probably feels I should have won next week instead! I hope it’s a great week and we have a big crowd. I will have a little celebration beforehand.”