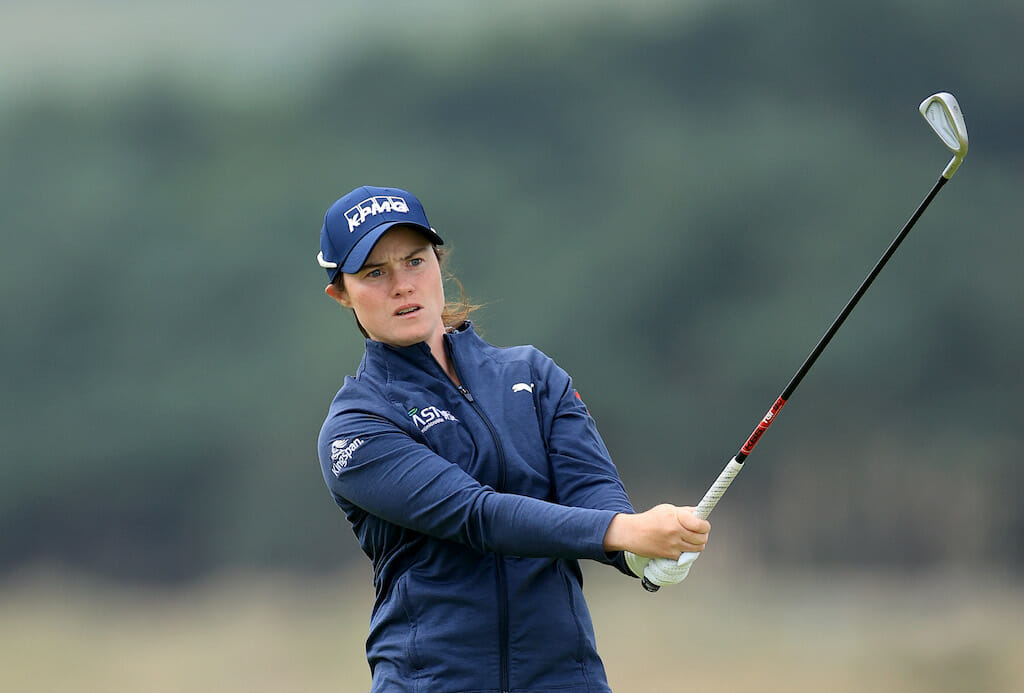 Leona Maguire will need a good final round at the ShopRite LPGA Classic to maintain her run of top-15 finishes on the LPGA Tour as she sits tied-16th going into the third day in Galloway, New Jersey.
The Cavan woman, who has rattled off seven straight top-15 finishes, could only manage a one-under 70 in her second round at Seaview to move to five-under for the week, which has her six shots off the lead held by Korea’s Jin Young Ko and Inbee Park – the World Nos.2 and 3.
While Maguire is projected to jump two spots to 11th in the Race to CME Globe standings were the leaderboard to remain the same as it is currently, the 26-year-old will be frustrated she couldn’t make a bigger jump on day two.
She had enough birdies to do so, four in all, but that was accompanied by three bogeys which dropped her back into a position where she will only be considered an outside contender for her first LPGA title today.
It was a round where the PGA National Slieve Russell ace never really found any momentum either, with every dropped shot cancelled out by a gained shot and vice versa, to the extent that she was never more than one-under or one-over throughout her round.
A closing birdie to at least signal some progression on the day will be a good confidence booster for Maguire, and she will be keen to at least keep her run of results going, if not pushing even higher up the leaderboard.
At the top of the leaderboard, Ko and Park have matched each other shot for shot so far this week, both players shooting an opening 66 and then following it up with a six-under 65 in yesterday’s second round to hold a two-shot advantage over Patty Tavatanakit at 11-under.
Ko was particularly impressive on day two, managing to avoid dropping a shot on her way to a tie of the lead at Seaview, with Park adding an extra birdie in her round but also having one error at the eighth, and it looks like it will be a titanic tussle for the title.

“I think Jin Young is a really, really good player too, so I think it’ll be really fun out there playing with her,” said Park, the World No.3.

“Obviously you need some birdies out here to win. Knowing that the No. 2 player in the world is hunting for the same thing I am hunting for, I definitely need to put in a good performance.

“It’s good motivation to play for, and I think I’m going to have fun.”

Sadly there was not such good news for Jordanstown’s Stephanie Meadow, who had put herself in a good position to make the cut after a two-under 69 in her first round but slumped to a three-over 74 on day two to miss out on a Sunday tee time.
The 29-year-old, who only has one top-15 result this season, couldn’t find enough birdies to undo the damage of four bogeys and a double and ultimately missed the one-under cut mark by two strokes.