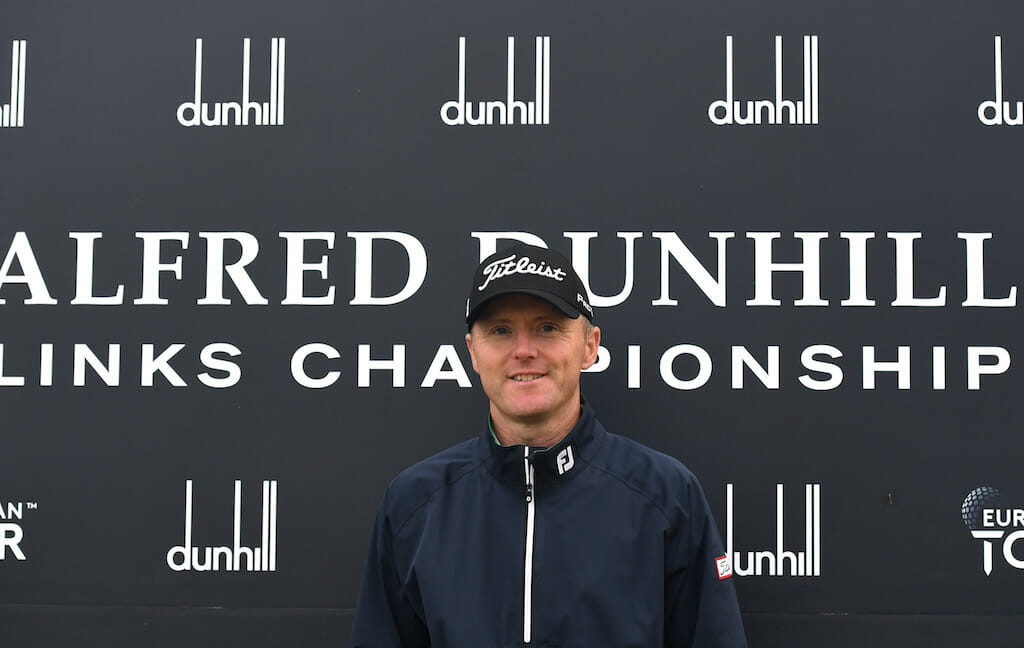 The 42-year old carded five birdies and an incredible eagle ‘2’ at the par-4 sixth to sit one shot back of a four-way tie for first that includes Haotong Li, Tyrrell Hatton, Adri Arnaus and Nicolas Colsaerts.

“I haven’t holed a shot in two years — and today — from the rough I just got a great bounce and it was just a bit of luck, exactly what you need,” Hoey reflected.

Playing on the Challenge Tour this term where Hoey remains right in the hunt for one of twenty main tour cards available through the Order of Merit, the Northern Irishman knows he has work to do from 31st place but admits teeing up in front of the lights, camera and action of the Promised Land of the European Tour has opened his eyes to what could be.

“I’ve had a good category and I can still play some European Tour events. This week, you never know. Just trying to take it one day at a time and nice to speak to some of the media. Haven’t spoken to the media for two years. Just shows you’re actually playing good.

“It’s €1,300 a week – the Challenge Tour to play, so even though I played quite well this year, you’re not coming away with a living, unfortunately. Obviously it’s hard to make a living. I’m just feeling like it’s a bit of a second chance this year. Probably why I’m playing better because I have a better attitude. I felt like I had retired last year, I had almost officially retired in my mind, pack it in, whatever you call it.

“Feel like I’ve got a second chance this year and it’s a bonus, so I’ve got a better attitude and it’s showing on the golf course.”

Paul Dunne finished two shots back of Hoey after a resurgent 67 in round one at St. Andrews. It’s been a barren spell on the fairways for the 2017 British Master champion of late but after signing for a five-under par effort at the Home of Golf, the 28-year old is finally seeing light at the end of the tunnel.

“I feel fine,” Dunne said. “Obviously for a while when I was struggling with my game, I wasn’t really looking forward to playing every day, especially when I wasn’t sure if I was going to get into tournaments and when I did get into them, not feeling like my game is in a good enough place to compete kind of made me not want to go and play.

“I’ve been putting some work in recently, over the last, say, four or five weeks, I’ve started to see it get much better in practise, and then gradually start to make its way to the course bit by bit. Feel like I’m trending in the right direction again and I’ve kind of pinpointed the right things to keep doing every day and yeah, here is hoping it continues.”