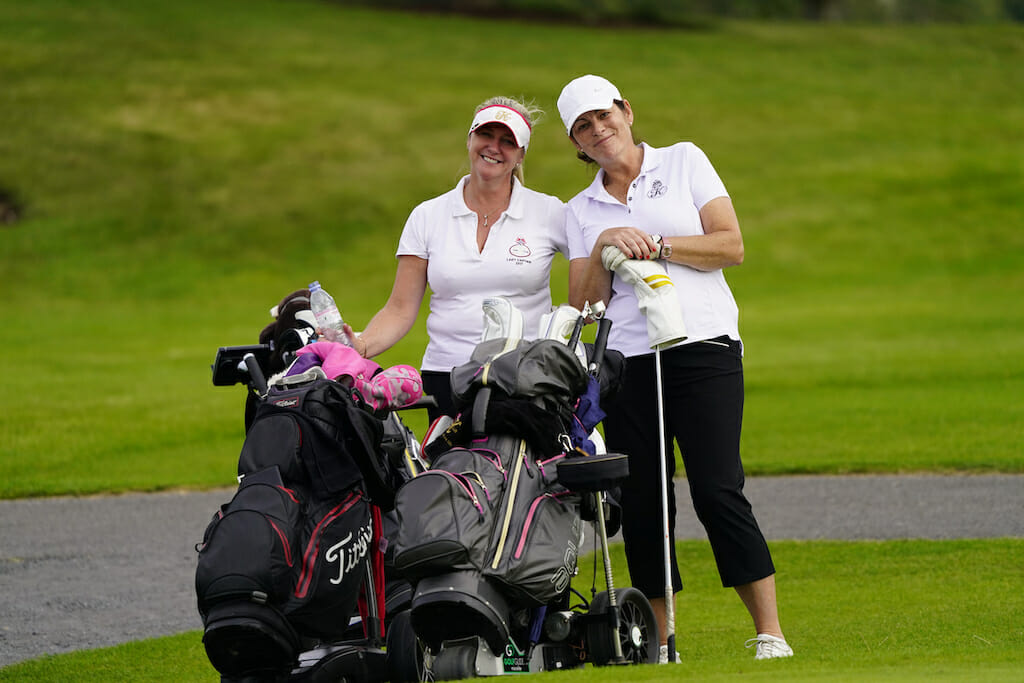 The conclusion of the All-Ireland Club Finals takes place this weekend with four competitions to be completed at Strandhill GC in Co. Sligo.

The Revive Active Women’s Four Balls, the Men’s Four Balls and the Men’s Fred Perry Four Balls will resume at the Semi-Final stage, after the Quarter-Finals in each competition took place at Knightsbrook in Meath earlier this month.

Eight regional winners from the Mixed Foursomes will have to get through three rounds to be crowned All-Ireland champions. Achill Island, Baltinglass, Castle, Doneraile, Leterkenny, Rockmount, Royal Tara and Tipperary will all look to win the title, under the shadow of the historic Knocknarea mountain.

On Thursday morning, the Mixed Foursomes begins, and is followed by the Men’s Fred Perry Four Ball Semi-Finals. Connemara Isles, Hermitage, Nenagh and Westmanstown all advanced from Knightsbrook in the competition for players aged 55 and over.

The Semi-Finals of the Mixed Foursomes begins Friday’s proceedings and is followed by the first All-Ireland Final of the week, with the Men’s Fred Perry Four Balls winner being crowned.

Friday concludes with the Semi-Finals of the Men’s Four Balls, with Elmgreen, local club Enniscrone, Lucan and Newbridge all looking for All-Ireland success.

Two All-Ireland champions will be decided on Saturday, with the Finals of the Mixed Foursomes, and the Men’s Four Balls. Saturday afternoon will see the Semi-Finals of the Revive Active Women’s Four Balls with Ballybunion, Ballycastle, The K Club and West Waterford looking to advance.

The final All-Ireland Club Champion of 2021 will be decided on Sunday, with the two winning Semi-Finalists from Saturday’s Revive Active Women’s Four Balls meeting each other on the Sligo links.