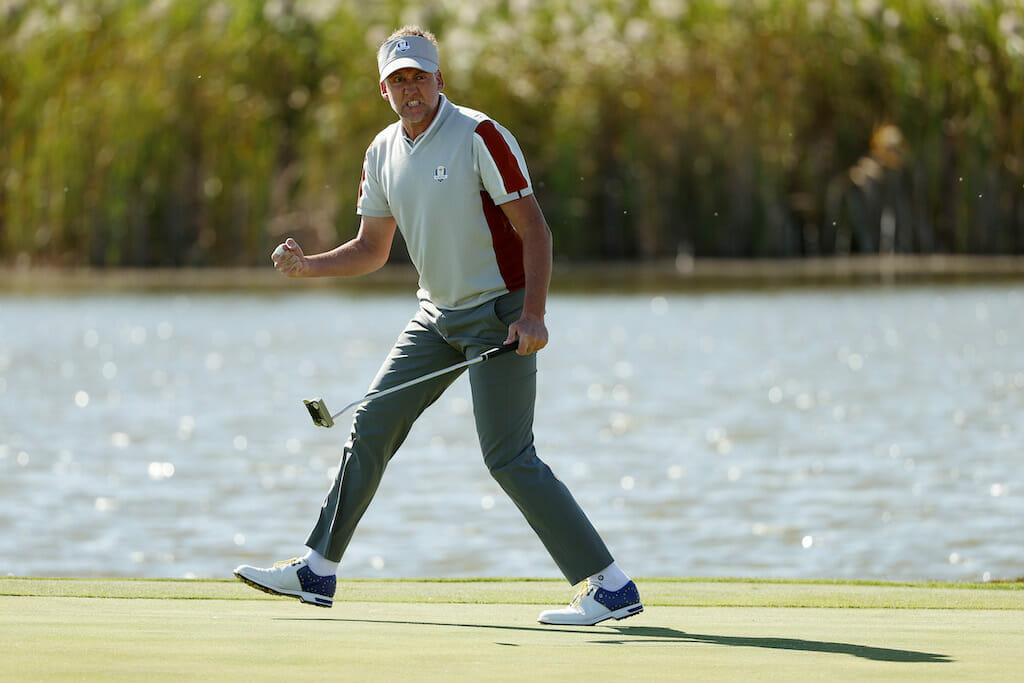 Ian Poulter has been quick to jump to Padraig Harrington’s defence following Europe’s shock record-breaking defeat at the hands of Steve Stricker’s all-dominating ‘Stars and Stripes’ side at Whistling Straits. The USA’s 10-point triumph was the largest since Europe joined the Ryder Cup in 1979. No sooner had the Americans claimed victory and the knives were out for Harrington, and Poulter was quick to predict it.

“You know what, Paddy has done an amazing job,” Poulter said. “Paddy and (wife) Caroline have given us a team atmosphere, an incredible bonding team room. That team room and the group of players we have this week are special guys.

“It’s not fair when you look at that scoreline and the toughest bit about all of this is that this is going to be hard because Paddy is going to be questioned and that’s not fair. Paddy has done a great job this week. We got outplayed and to Paddy and what he has given to his captaincy, he has done a really nice job.”

Poulter, to his enormous credit, retained his unbeaten record in the singles on his seventh appearance in the event with a win over Tony Finau, but the Europeans simply couldn’t stop a red tide over the three days.

“It’s tough,” he added. “You put a point on the board and that’s all very nice, but that doesn’t mean anything. “Okay, I’m unbeaten in singles, which is nice personally, but this is a team week and it’s deflating and it’s hard. I wanted to come here this week and give everything and the first two days I didn’t manage to do anything, so today was to give something back. But you just don’t know if you’ll get the opportunity to go again.”

The next match is in Rome in two years’ time before the 2025 contest at Bethpage Black in New York, with Poulter having been strongly touted for the captaincy on that occasion.

“We’ve got a good young team,” he insisted of the Europeans being left to pick up the pieces on this occasion.

“We’ve got a team of young players that are going to take this forward for many years and, as a senior player in the team, you don’t really think there are many more left.”

As was the case with all of his team-mates, Poulter was quick to heap praise on Stricker’s side for their performance in Wisconsin. “Congrats to Team USA,” he said. “You know, when you look at the points they’ve outplayed us this week. They owned each of those sessions on Friday and Saturday and that’s something that’s not always been the case.

“And, when we are left with kind of a mountain to climb, it’s going to be tough. You always want to feel you’ve got a chance and we need to come out unbelievably strong. “They made it tough. They played better than us this week and all credit to the US team. It was never supposed to be easy. It was always going to be loud this week with very few of our fans here and it was tough.”