Harrington on a charm offensive with ‘cheesehead’ tribute 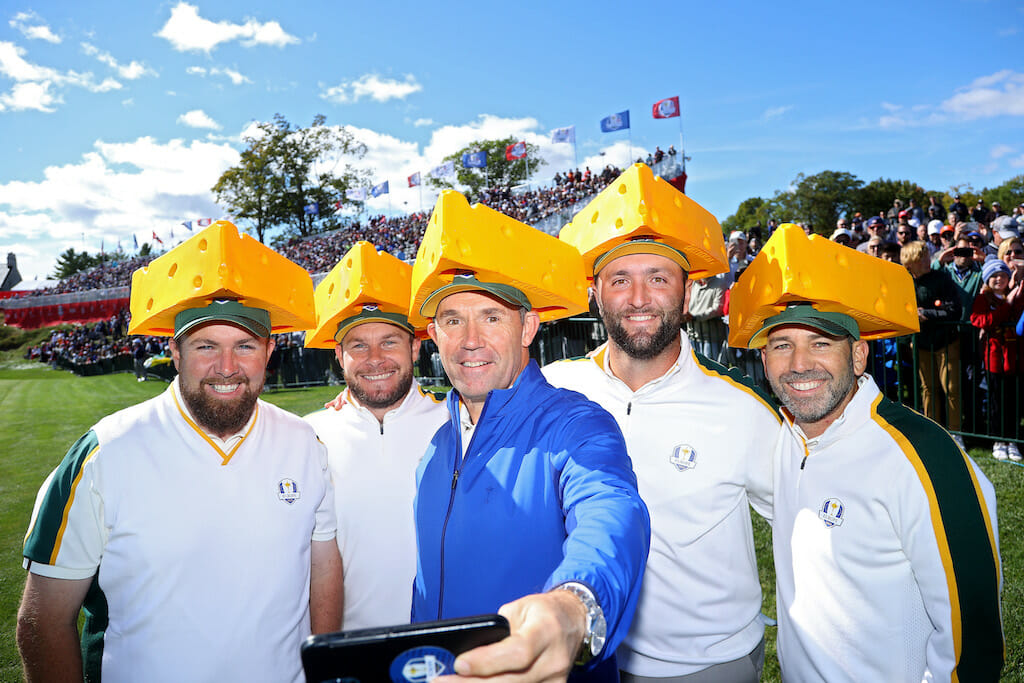 An early sighting of Shane Lowry in a green hat early Wednesday morning at Whistling Straits seemed to signify a tip of the cap to Ireland’s presence at this 43rd Ryder Cup. The team’s captain, after all, is Dubliner Padraig Harrington.

Ah, but the gesture was made with a more local intent. When reviewing the team’s clothing options more than 18 months ago – remember, this Ryder Cup originally was scheduled for September 2020 – Harrington was asked if he wanted to choose one day to don the colours of Ireland. He had a different idea.

Wednesday, his team walked out to the first tee at Whistling Straits wearing white, green and gold pullovers and bright yellow cheeseheads – a salute to the Green Bay Packers American football team.

“Well, why not recognise Wisconsin, where we’re going to play, and it fit in very nicely then to go with the Green Bay Packers,” Harrington said.

“It was just a really nice idea, and obviously grew a little bit when it came to the cheeseheads and the foam and the hats. And they were very good, (the) Green Bay Packers. They bought into it, too, and they supplied the hats … it worked very well on all sides.”

The players cheerfully tossed their foam cheeseheads into the crowd, delighting the fans in the grandstands. In return, the Packers, who play only a few miles away at Lambeau Field, seem to have swayed Europe’s captain into pulling for a new team.

“I’m a fan for life,” Harrington said. He then covered his microphone, as if revealing a secret. “I’m going to say this. I’m a (New England) Patriots fan, so now I’m a Green Bay Packers fan. I changed allegiance somewhat!”

Fans of Harrington might recall he’s no slouch when it comes to American Football. At the 2013 Waste Management Phoenix Open, Harrington delighted the raucous fans on the famous stadium hole when showing off his punting skills on the par-3 16th. For a man with three Majors in the tank, you might be surprised to learn just how highly he regards the memory.

“One of the highlights of my career was kicking that ball,” Harrington told the Irish Golfer Podcast last year. “They banned that afterwards – they wouldn’t let us do it because they were afraid that somebody might try catch it and fall out of the grandstand.

“I’ve that picture up on my office wall – it’s definitely one of my favourites. I was in the last group doing that – the last group of the tournament. I was playing with Phil Mickelson… by the time we got to the 16th I was maybe fifth or sixth in the event but not in contention. I told myself… I’ve got the balls, I’m going to kick them but I’m not going to kick them hard because I don’t want to pull a hamstring…

“I just start hoofing! And I could not stop myself. I even managed to kick one over the grandstand. I was far more into that in that moment than I was the golf tournament!”