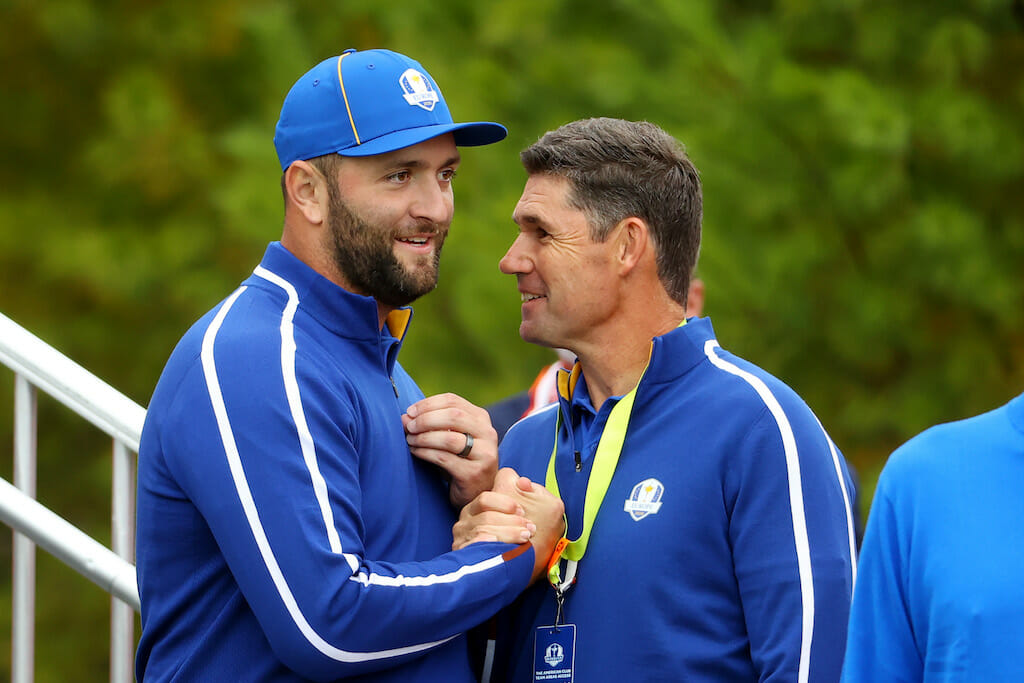 Padraig Harrington says there will be a ‘Covid envelope’ standing by at this week’s Ryder Cup should a player be forced to withdraw from competition due to a positive test.

The ‘envelope rule’ has long been in place at the biennial contest, bearing the name of a replacement should he be needed ahead of the 12 Sunday singles matches. Like with any hidden secret in a sealed envelope, it’s only ever opened if absolutely necessary but if all 12 original team members get through the week, it is subsequently destroyed.

Harrington will hope there’s neither Covid nor injury at this week’s contest at Whistling Straits but he’s prepared for a withdrawal should the virus strike.

“While we’ve asked, it’s still not completely clear what happens if we have a Covid outbreak of a number of players, but for one player it’s pretty straightforward. Obviously the first two days, it’s four players sit out… so there are no issues on those two days, but obviously on Sunday you start losing a few players to Covid, it does affect the match in some way. But one is in a Covid envelope for sure.

“It’s the exact same as an injury envelope. The person that goes in the envelope, the captain decides, and nobody ever knows. We hope that stays that way. But we’ve had a few injury pull-outs over the year, so it would be just very similar to that. No real difference in how it works.”

Given the ever-evolving nature of the virus, coupled with the high-intensity environment of a Ryder Cup off the back of a long season, Harrington admits he’s double prepared, not just for a positive Covid test but for any potential injury, meaning he’ll likely have more than one name in mind to wait in the wings should disaster strike.

“You have to be prepared for these things, and as I said, it’s been there all along, so it’s nothing really new,” Harrington added. “It’s obviously highlighted because of Covid, but there’s always been a name in the envelope for an injury, just like coming into this we were asked to be aware that having somebody as a reserve, somebody as a backup who you would bring along, and what happens if somebody pulls out because of Covid. Because, you know, it’s something that could happen in these times.”

Prior to the start of the matches, team substitutions are permitted up until the teams are announced at the Opening Ceremony. For Team USA, that player will be replaced by a Captain’s pick.

After the Opening Ceremony, as not all players play in foursomes or fourballs, the Captain would select eight players for each session from 11 players instead of 12. For the singles, it would be similar to the sealed envelope scenario which applies in the event of illness or injury, as set out in the Captains’ Agreement. Such matches would be deemed tied.

In terms of multiple players testing positive, either from one team or on both teams, while not speculating on precise numbers, the exact details of the scenario would be assessed by both organisations in order to determine its impact on the overall playing of the Ryder Cup.