Homa starting to believe he can mix it with the best 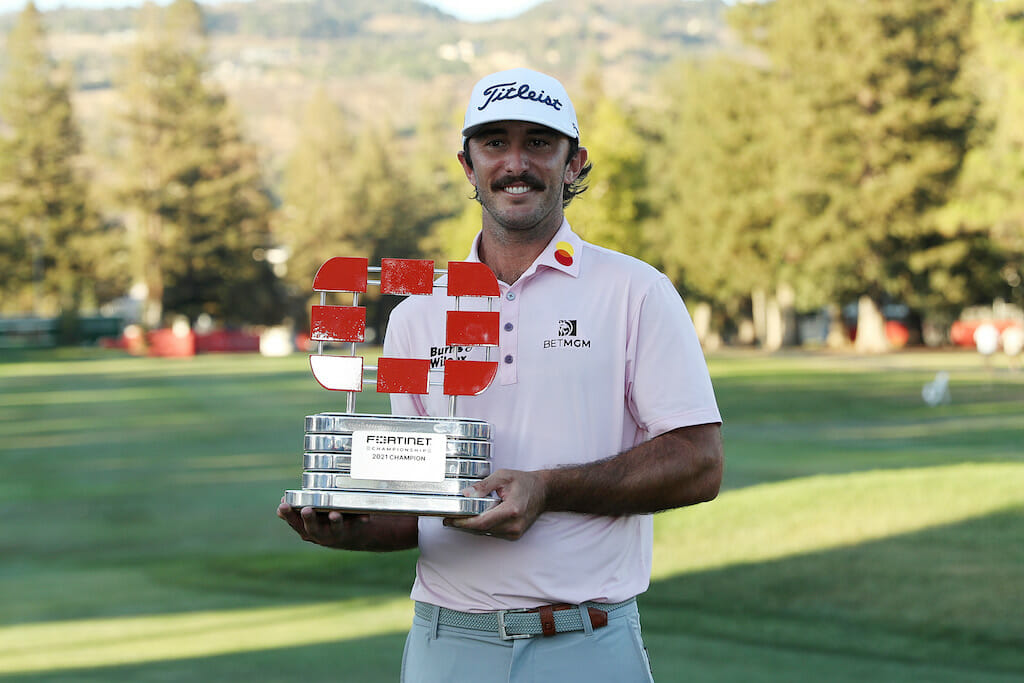 Off the back of his third PGA Tour win at the Fortinet Championship, Max Homa admits he’s starting to believe he has what it takes to reach the very pinnacle of the game.

The popular American holed 108 feet of putts on Sunday and holed out from 95 yards for eagle on the par-4 12th so sign for a near perfect seven-under par round of 65, good enough to pip Maverick McNealy to the post by a single shot in Napa.

Now up to 31st in the world with three wins on his CV – he also won the 2019 Wells Fargo Championship and 2021 Genesis Invitational at Riviera – Homa admits he’s always struggled to believe he has what it takes to mix it with the best of them but on the evidence of this third win, he’s beginning to think he can.

“I think I’ve always struggled a bit with confidence and walking around like I’m the man out here,” Homa said. “It’s hard, there’s a lot of good, great, amazing players.

“I always felt like I’ve been lucky in my career. I grew up playing with Jason Gore and getting to see what PGA Tour golf looks like. I know what I need to work towards, but also know that it’s not unattainable, I guess. When I’m out here playing with people like Rahm and Phil and DJ and Rory and JT and Berger and all the guys, I see that, yes, there’s a level of excellence that’s incredible, but I don’t feel like I’m chasing a ghost, I guess is the best way to put it.

“It’s something that I can see things I can do and manage. So a lot for me is managing my own brain and believing in myself. I feel like I’ve been doing a good job for the last year or so, six months or so, but working towards just feeling like I walk around with my chest out a little bit more and think to myself, I too can be where those guys are. That’s just kind of what I’ve had to work on the most. My golf game’s been quite good for a while, but it’s just between the ears for me.”

For Homa, it’s a case of positive reinforcement. If you tell yourself you’re really good, then you might actually start believing it, and after winning three times on the Tour, it certainly seems as though the penny is dropping with one of golf’s good guys.

“Yeah, I’ve been seeing it a lot more lately as far as how, walking around with your chest out and believing that and recanting that to yourself, how that helps,” he added.

“And I’m also starting to believe it actually. Obviously didn’t end the season how I wanted to, but I didn’t look at myself any like worse after that. I was actually very excited to start this season. I knew getting a couple weeks off and going to be home was going to be a nice kind of refresh and reset.

“Yeah, that’s what in my opinion, that’s what I need to work on more than anything. I could go practice all day long, but if I don’t start believing in myself and believing that I belong with all the guys at the Ryder Cup this next week, then I’m doing myself a disservice.”