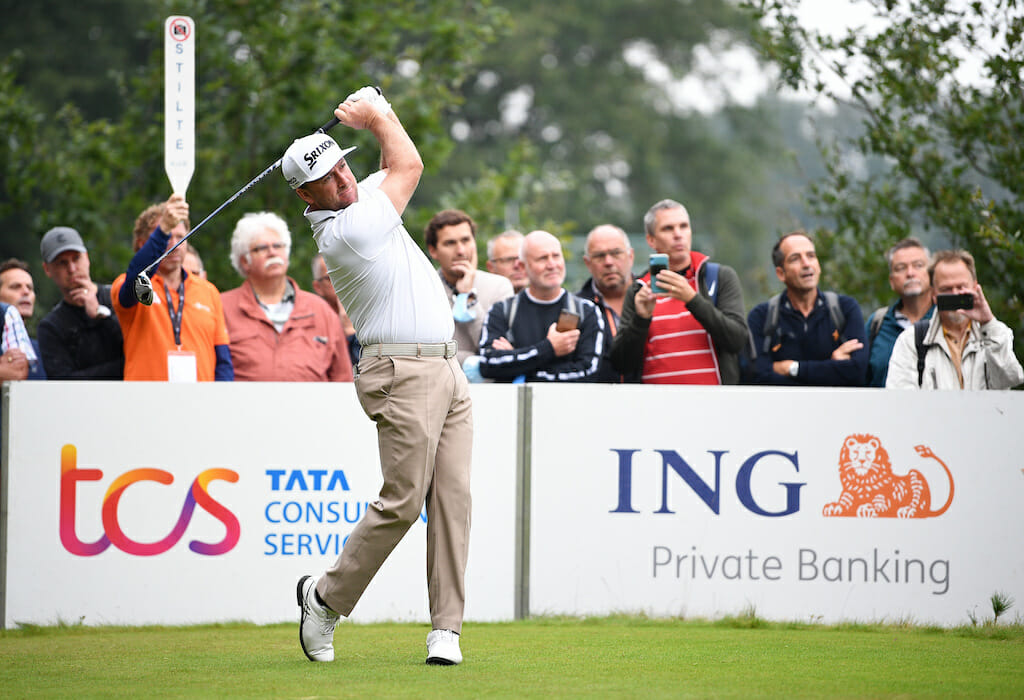 Graeme McDowell and Niall Kearney will go into the weekend rounds of the Dutch Open holding every chance after the pair both broke 70 on day two in Holland.

Royal Dublin pro Kearney added a three-under par 69 to his opening course-record 65 to move to 10-under par, just two strokes back of the lead at the time of writing. However it was McDowell who made a significant move inside the top-10 having treaded water on the opening day, rekindling his hopes of a title tilt with seven birdies and one dropped shot in a six-under 66 to get to seven-under par.

“It was a little better today, I improved on the two areas that I needed to from yesterday which were getting the ball in play off the tee and feeling a bit better on the greens,” McDowell said.

“I drove the ball much better today, still some room for improvement but I kind of feel like I left a few out there today, which is always pleasing when you shoot six under and feel like you have left a few.”

McDowell’s form has been nowhere near where he would’ve liked this season but having overcome some niggling injuries after some much-needed time off, he ‘s happy with how his game is trending ahead of a hopeful weekend around Bernardus Golf Course.

“After a couple months on the couch, I am obviously very pleased with a lot of the things I am doing,” McDowell added. “My swing and iron play feels particularly good, and this is a key iron play golf course. The fairways are wide, if you get it into them you are faced with some tricky iron shots into these pin positions, so pretty happy with that so going to need a couple of low ones to get a win this weekend but nice to be in touch.

“I love the course because it offers you so many options. We have seen some different wind directions, today is slightly more south than the wind out of the west, and it does change some of the angles.

“You feel Kingsbarns, you feel a little St. Andrews at times, like we talked about yesterday, when you get a new course like this it is easy to be critical of some mistakes and it takes a bit of bedding in time, but this golf course is very strong. It’s very hard to pick any holes in it, it has a lot of great shots to it, so looking forward to seeing these pins on the weekend and hopefully continuing to make some birdies.”

Meanwhile, James Sugrue fired a five-under 67 to brilliantly come through the field and make his first cut as a professional on the European Tour. The Mallow man rose more than fifty places on the leaderboard to three-under after posting six birdies and just one dropped shot in a fine second round effort.

Cormac Sharvin also looks to have booked his place in the weekend rounds on the number at minus-two after a superb three-under 69, however former Ireland teammate Gavin Moynihan was headed for a missed cut at two-over par.