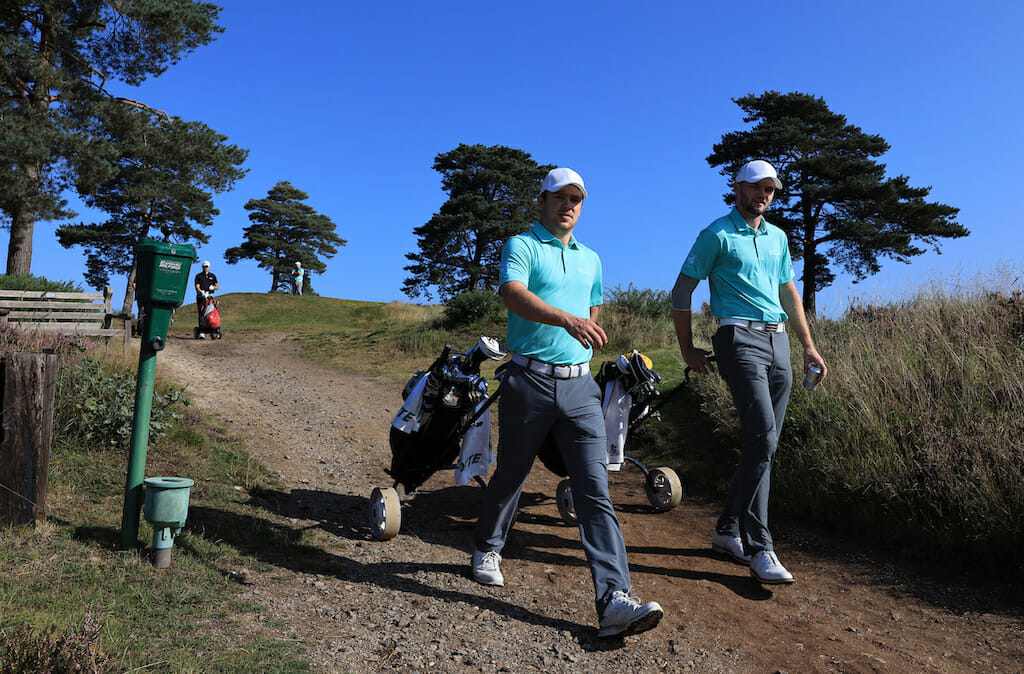 Ireland are the only team with a 100% record after the first two days of the Men’s Home Internationals. An 11-4 win against Wales at Hankley Common means the team goes into Friday’s match with hosts England high in confidence.

Ireland won the morning’s Foursomes 3-2 for the second day in a row, with Marc Boucher and Liam Nolan’s 6&5 win over Matt Roberts and Aled Greville being the standout performance.

A dominant 8-2 win in the afternoon Singles saw Ireland earn the biggest win of the competition so far. In the top match, Robert Moran came from 2-down through six holes to win 4&3 and maintain his 100% record in the competition over the two days.

Matt McClean had the biggest win of the session with a 6&4 win over Greville, while Ireland won three of the four matches that reached the 18th.

Scotland defeated England 10-5 in the other match of the day, leaving both teams chasing Ireland going into the final day. Scotland play Wales in Friday’s early tie, starting at 8am, before Ireland and England tee off an hour later.