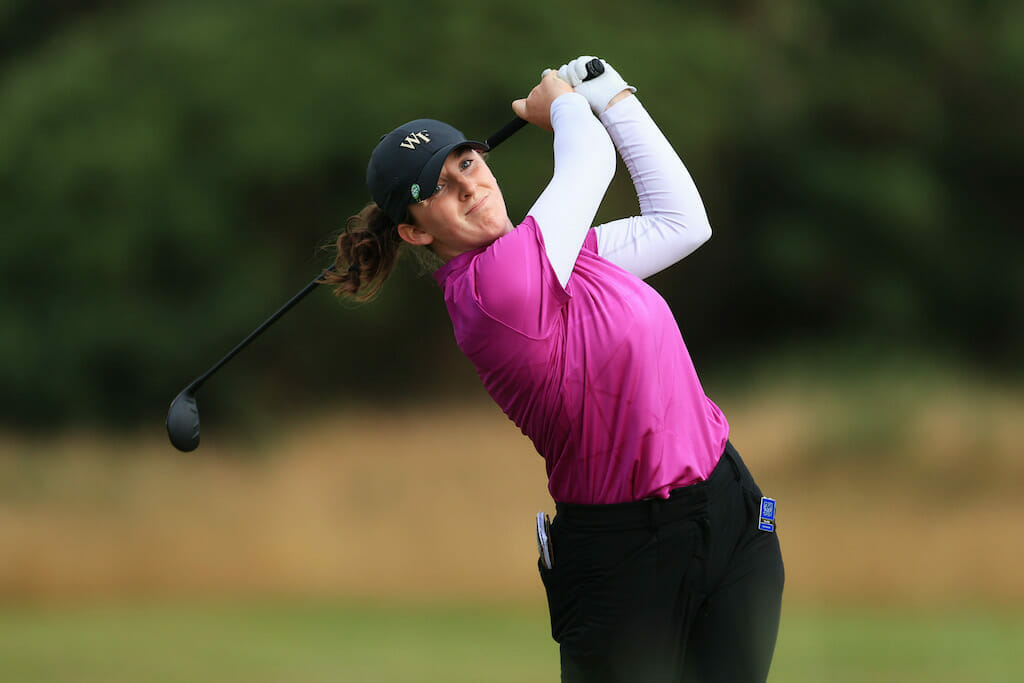 Lauren Walsh remains inside the top-10 at the season-opening Annika Intercollegiate where her Wake Forest women’s golf team sits in second place, six strokes off the lead heading into the final day of play at Royal Golf Club.

Off the back of a summer that included a Major Championship debut at the AIG Women’s Open as well as a maiden Curtis Cup appearance, Walsh goes into the season as the highest ranked Irish amateur in the world – male or female – in tenth place on WAGR. After opening with a 69 on day one, Walsh followed up with four birdies in round two but would’ve been much closer to the lead were it not for a momentum halting triple bogey ‘8’ on 17 on Tuesday.

Walsh maintained her top-10 position from day one, signing for a one-over par 73 on the second day and two under overall for a T9 spot. The Castlewarden star is eight back of Julia Johnson on the individual standings though only three shots back of second place.

Four Deacs sit in the top 20 after 36 holes of play. With rainy conditions on Tuesday morning, Wake Forest was able to get into a rhythm on the second nine holes. Sophomore Mimi Rhodes went off for a bogey-free second nine and recorded two birdies, on 11 and 16, on her way to a T6 spot on the individual leaderboard.

After a bogey on the par-four 10th hole, junior Rachel Kuehn registered three birdies before the day was done, including going back-to-back on the par-three 16th and par-five 17th. Her steady play all day helped her jump 23 spots on the leaderboard to sit T20 heading into the final 18 holes. Freshman Carolina Chacarra also finished one-over par on the day and overall to maintain her top-20 position at T17.

Wednesday’s final round will begin at 9 a.m. ET. Wake Forest will be paired with South Carolina and Duke with their times beginning at 9:50 off the first hole.