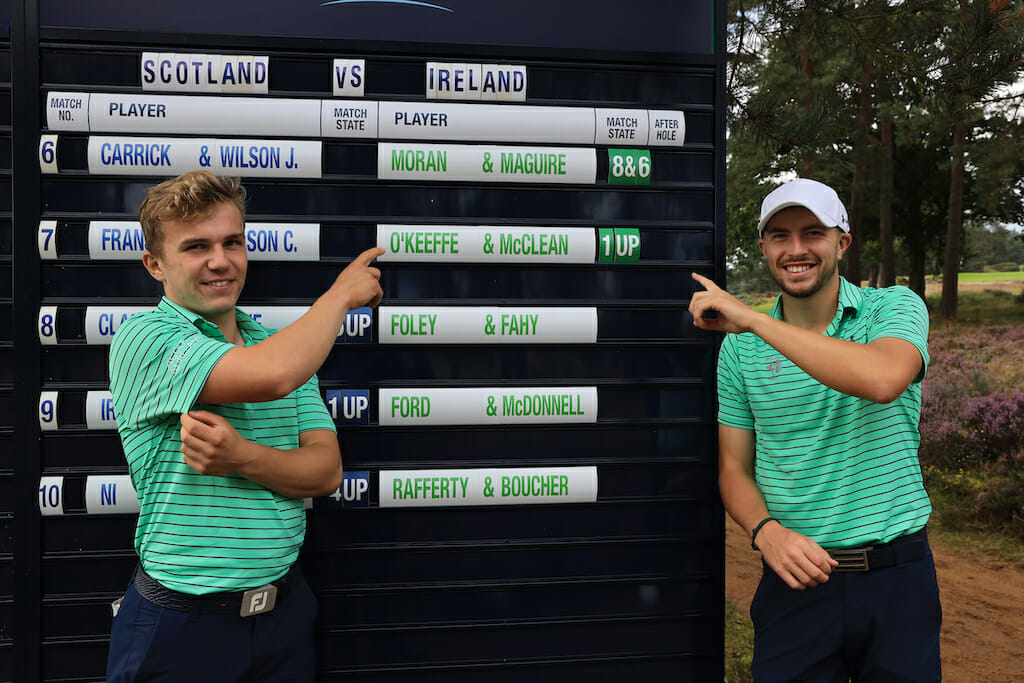 Ireland won their opening match at the Men’s Home Internationals, enjoying an 8.5-6.5 victory over Scotland at Hankley Common in England.

Ireland won the morning’s Foursomes session 3-2, with Robert Moran and Alex Maguire impressing with an 8&6 mauling of Angus Carrick and James Wilson. The duo were a bogey-free six-under through 11 holes before their opponents conceded the match on the 12th.

TJ Ford and Jack McDonnell came from 3-down through eight holes, and only took the lead in their match against Lewis Irvine and Stuart Easton on the 17th before winning by 2 holes. That win from the duo gave Ireland the smallest of leads going into the afternoon session.

Four of the day’s ten Singles matches went to the 18th, with Ireland gaining 2.5 points from those matches. Castle’s Moran won the top match against Irvine with a birdie on 18, while his morning playing partner Maguire also picked up the win against Angus Carrick.

In the day’s other tie, England defeated Wales 10.5-4.5. Ireland play Wales from 9am on Thursday while England face Wales in the day’s opener, beginning at 8am.