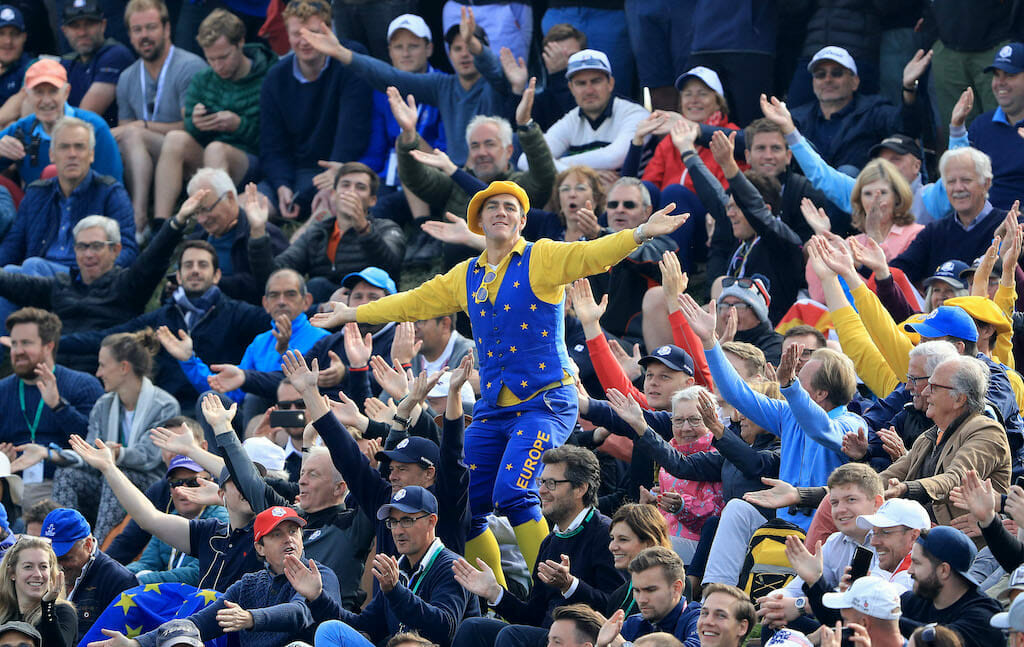 I believe it was Gandhi who said, ‘opinions are like arseholes. Everybody’s got one, though some are better than others’.

Unsurprisingly, since European Captain Padraig Harrington announced his Ryder Cup wildcard selections, there’s been quite the variety of forbidden tunnels laid bare. There are the many who believe the Captain got it right, and there are those who disagree. And I’m all for clean, healthy debate, don’t get me wrong, but I draw the line at unfounded allegations of nepotism, hyperbolic headlines and anti-Irish sentiment – not that I didn’t expect it.

The fact is, Harrington has deemed Sergio Garcia, Shane Lowry and Ian Poulter as the best fit for his team. He wants to be make his captaincy a winning one and there’s no way someone with a winning mentality like Harrington would allow favouritism to cloud his judgement and compromise his ultimate goal.

I shouldn’t draw attention to a Golf Magic clickbait piece headlined ‘Why it is a disgrace Padraig Harrington left out Justin Rose’, but journalists, and I use the term loosely in this case, have an obligation to the truth, or some semblance of it at least, as opposed to the following drivel:

“Harrington delivered a very public blow when he sought to explain his decision [around picking Lowry]. But to me, it was like watching someone spend eight minutes trying not to say: ‘I picked him because he’s my mate.’”

To say that’s disrespectful to the integrity of the Captain is an understatement, and it’s far from an isolated opinion. As Harrington said himself, there was no bias in his selection to pick Lowry. On the contrary, it made his decision to pick Lowry even more difficult because he would’ve known such accusations were inevitable.

For what it’s worth (absolutely nothing), I believe Justin Rose would strengthen Harrington’s team if he was in it, but I don’t think he deserved a pick. After all, one of the two recent top-10’s people point to when espousing Rose’s credentials involved a three-putt on the final green at the Wyndham to miss out on the top-125 and therefore the FedEx Cup playoffs. Then he took three weeks off!

It’s no secret that Harrington wanted to see more from Rose. He wanted him to play in Switzerland or Italy in the lead up to Wentworth. To put his hand up for selection and show some commitment to the team. Rose played neither.

And if you want a debate, then I’d suggest that if Rose was going to take anyone’s place on the team, it would arguably have been Poulter’s, but one good week at Wentworth does not make a season. Although Poulter missed the cut and Rose tied sixth at the BMW PGA, it is indisputable that Poulter has enjoyed a better season than Rose. By the numbers, Poulter ranks 37th on Shots Gained data on the PGA Tour – better than Tommy Fleetwood, Lee Westwood, Garcia and Rose. Poulter made the playoffs where Rose didn’t and Harrington has always wanted The Postman on his team.

Could Rose arguably be coming into form where others on Team Europe – the likes of Tyrrell Hatton and Westwood are playing themselves out of it? Absolutely, but Harrington’s picks were limited to three, and while Garcia was a shoe-in after making the Tour Championship, never mind his benchmark Ryder Cup record, there’s also no question that Lowry has played better golf than Rose this year, too.

Yes, Lowry clearly lacks Rose’s Ryder Cup experience but no more than a young lad graduating college and going for a job interview only to be told you need a minimum of three years’ work under your belt to get it, how else do you get the experience without someone giving you a shot?

Lowry has earned that chance. He was an automatic selection right up until the final hour and I’d argue that it’s a flaw in the team qualification system as opposed to Lowry himself that ousted him on Sunday at Wentworth. Right now, there simply aren’t twelve European players out there better than Shane Lowry, and there’s only one man to blame for Rose not making the team, and it’s not Harrington.

The sad thing about all this is that while Harrington’s prepares his team to go into an extremely volatile arena at Whistling Straits where European fan access is limited already, there are many ‘Europeans’ sitting at home sharpening their knives to tell Padraig ‘I told you so’. Imagine spending the Ryder Cup run-in thinking about that and not getting behind the team?