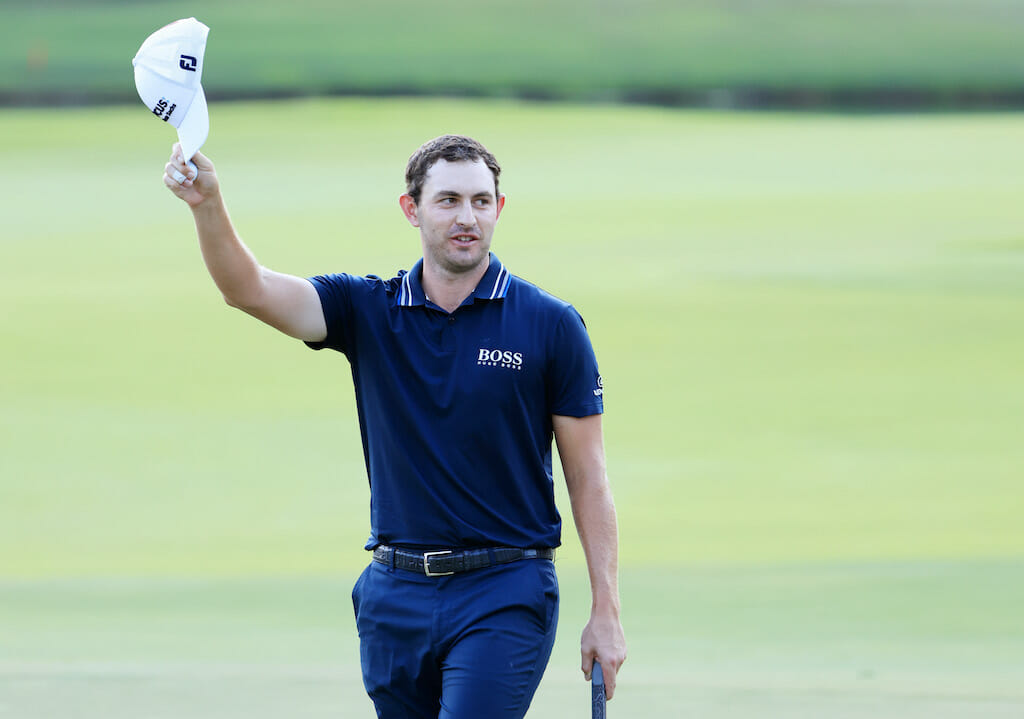 It’s been just over a decade since newly-honoured 2020/21 PGA Tour ‘Player of the Year’ Patrick Cantlay last played in a team event on home soil.

Cantlay, 29, has added the ‘Player of the Year’ title to a season proper that culminated a fortnight ago in being crowned PGA Tour No. 1 in winning the FedEx Cup title chase. In being voted by his fellow PGA Tour colleagues, Cantlay wins the Jack Nicklaus award in a season when he won three times with victories also at the Memorial and then late last month in winning a six-hole play-off for the BMW Championship.

Top-ranked amateur turned Player of the Year. @Patrick_Cantlay endured heartbreaking lows in his climb to the top. pic.twitter.com/2399wo8hft

“It is definitely a great honour,” he said. “I think the fact that it’s voted on by my fellow PGA Tour players, I think that means a lot to me and I’m very grateful and excited to be here.

“It wasn’t something that I necessarily thought was on the radar in the middle of the year, but then I closed really well and played a lot of really nice golf towards the end. And like I said, I’m just really grateful and honoured to accept the award.”

Cantlay’s next career goal is to be a member of the victorious USA Ryder Cup team with Captain Steve Stricker arranging for his team to spend two days earlier this week at the Whistling Straits host course. Cantlay had been a member of the 2019 winning Woods-led USA Presidents Cup team at Royal Melbourne in what was his first pro career team event.

As an amateur he was a member of the winning 2011 American Palmer Cup team when held in Connecticut while a few months later that same year he was on the USA side that lost the Walker Cup to GB&I in Scotland. Next week will be the first time he’s pulled on the USA colours on home soil since June 2011.

Cantlay was asked by Irish Golfer Magazine, now that both sides have been finalised, how many on the European Team would he know well:

“I would have to look at the list but I bet I know pretty much everybody on the European team,” he said. “I would say both teams are kind of in that space. I mean, we play such a global schedule and a lot of the European players play a lot of the same events that we do, so I don’t think there will be any unfamiliarity between the two teams.

“And after just spending time with the guys on the U.S. side the last two days, I’m really excited for that team golf environment. I think we rarely ever get that and that’s what makes these team events so exciting, so I’m really happy to be a part of it and looking forward to how it all plays out.”

And could we see what unfolded on the final day of the Solheim Cup when the U.S. crowd became less boisterous as more blue numbers appeared also happening at Whistling Straits given there is expected to be a 99% home crowd support for the Americans?

“Well, I haven’t played a team event at home before and so I am looking forward to seeing what that’s like,” said Cantlay. “Maybe I’ll be better suited to answer that question after the week’s over, but I think it would be great. I imagine that the U.S. fans will be all charged up and I really hope that we can give them something to cheer about.”

“I have not talked to Jack, but I’m sure I’ll see him at Bear’s Club this winter and we can catch up,” said Cantlay.

Though that could be sooner than Cantlay’s thinks as no doubt Nicklaus and Tony Jacklin will be on hand at Whistling Straits for the inaugural presentation of the ‘Concession’ award to the player on either side who mirrors the sportsmanship shown when Nicklaus conceded Jacklin at two-foot putt at the 1969 Ryder Cup.