Murphy makes big strides with final round 65 in Germany 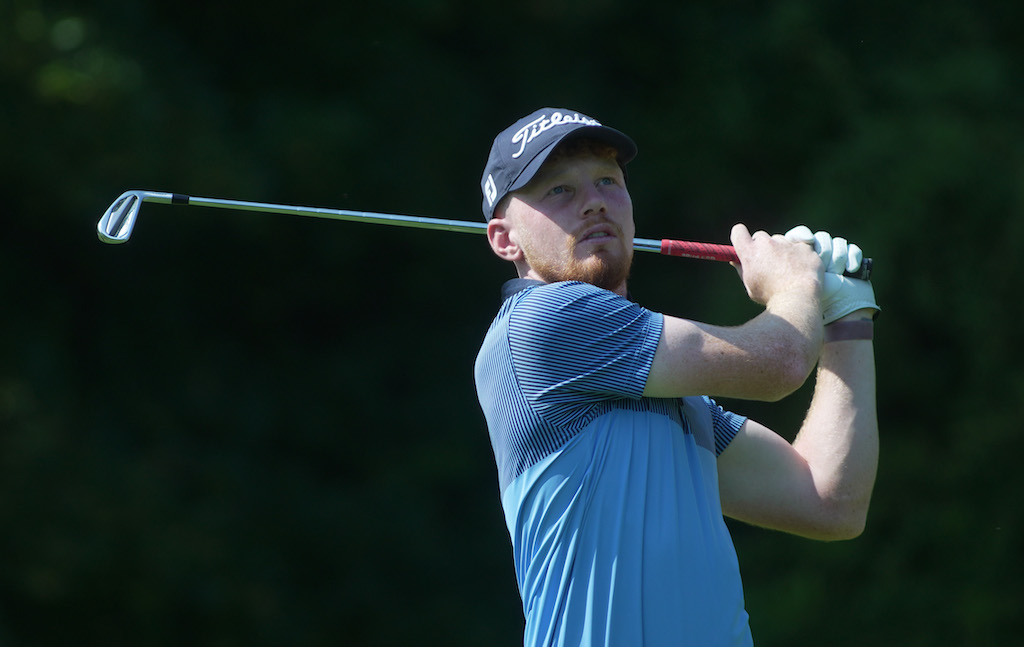 Kinsale’s John Murphy fired a final round six-under par 65 to make a late charge up the leaderboard into a share of 11th place at the Big Green Egg German Challenge powered by VcG.

Out in 32 with four birdies on his card, Murphy traded three birdies with one bogey on his inward half at Wittelsbacher Golfclub, rising 30 places on the board to a six-under par tally off the back of a superb Sunday showing.

Delighted with another final round 65 to grab a 12th place finish in Germany on the @Challenge_Tour. Off to France for the next event. I’ll try again by saying hopefully a great start to the day ?⚪️ @CorkCamogie pic.twitter.com/UBUPwLsBG5

Murphy jumps to 82nd on the Road to Mallorca standings after banking €3,500 for his week’s work and has another start to look forward to courtesy of an invite to next week’s Hopps Open de Provence to make further inroads on the money-list and lock down some status for next season.

In the end, Murphy finished six shots back of Spain’s Angel Hidalgo who carded four straight rounds of 68 for a 12-under tally and a two stroke maiden win. The Spaniard started the day one shot behind overnight leader Lukas Nemecz but managed to storm ahead by posting five birdies on the front nine. Two bogeys on the back nine brought Road to Mallorca Number One Santiago Tarrio and Austria’s Nemecz into contention but making par on the last three holes was enough to secure victory, finishing on 12-under par, two shots clear of Tarrio and Nemecz.

The 23-year-old received a last-minute invite to play at Wittelsbacher Golfclub and is ecstatic with his victory, surpassing his goal of trying to stay within the top 70 on the Road to Mallorca Rankings.

“The first step was Italy, I finished sixth and I thought I could earn my Challenge Tour card from here and when I played in Denmark and I finished third it took all the pressure off me. Honestly the goal was to finish top 70 this year or take the card from the Alps Tour, but this is another level and I’m so happy right now.”

Hidalgo admits that compatriots Tarrio and Alfredo Garcia-Heredia, who have three collective Challenge Tour titles to their name and both finished inside the top ten this week, gave him the confidence required to earn his maiden victory.

“I think this is the first week I played with Alfredo, and I played the practice round with him and I promise you he helped me a lot. He helped a lot with strategy as he knows how to play the courses, so it’s absolutely amazing and I’ve played a lot with Santiago.

“On the front nine I honestly played so well, maybe the best nine holes I’ve ever played, constantly hitting good shots close to the hole and putting well.”

“I felt a bit of pressure, especially when I made bogey on the 11th, but I still had the lead by three shots and I made a really good putt on the 13th from the front of the green and a crucial putt on 14 to make par and at that moment I could relax a little.”

The next stop on the Road to Mallorca will be the Hopps Open de Provence, taking place at Golf International de Pont Royal in France from September 16-19.