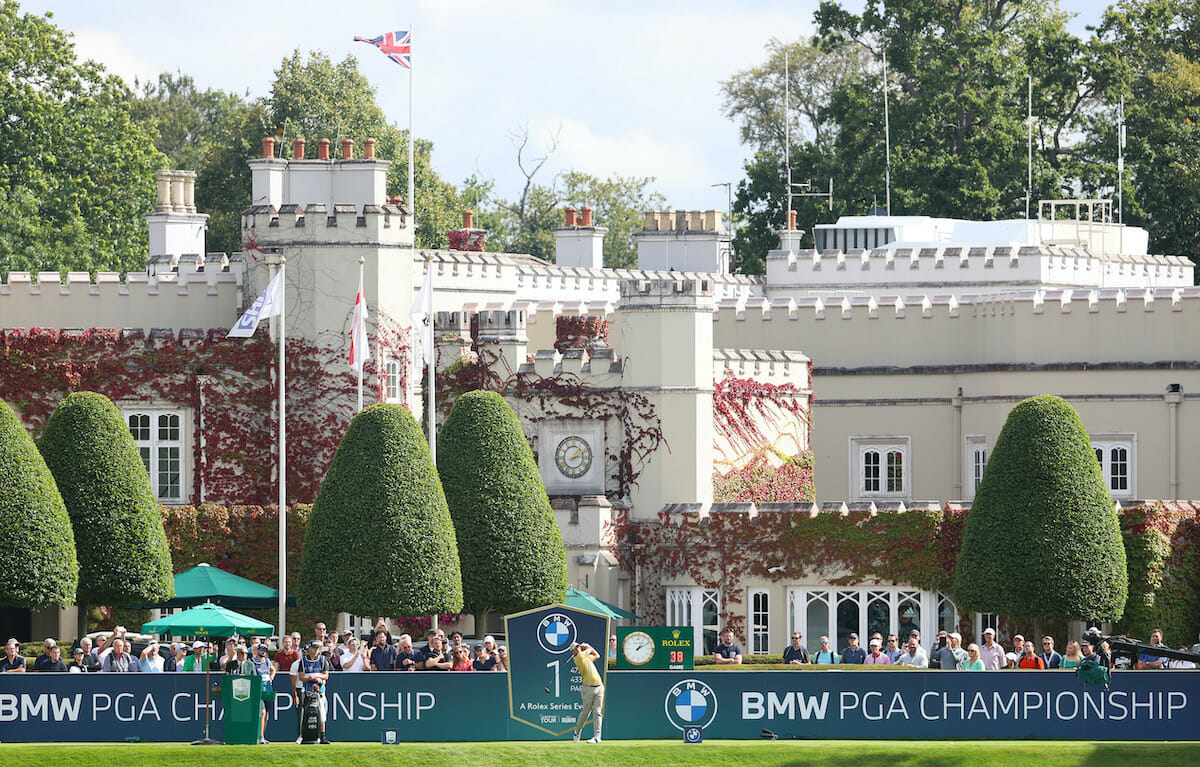 Adam Scott brilliantly birdied the last hole for a third day running at the BMW PGA Championship to boost his goal of a first win on English soil in his career.

Scott’s third birdie in succession on the par-5 18th handed him a four-way share of third place and tied with American Billy Horschell (69), South African Christian Bezuidenhout (68) and Welshman Jamie Donaldson who eagled the last in a 69 and a day after the 2014 European Ryder Cup winning hero had bagged three eagles in round three.

Italian Franscesco Laporta eagled his fourth hole in a round of 69 to move to the top of the board at 14-under as the 30-year-old seeks to savour a first Tour victory. American Laurie Canter and with a score of 70 is in second place just a shot behind Laporta.

Three players – Austrian Bernd Wiesberger (67), Ireland’s Shane Lowry (69) and American Sam Crocker (66) – share seventh place at 11-under. Wiesberger only needs to finish where he is to be assured of automatic selection for the 2021 European Ryder Cup team and with qualifying ending at the close of the BMW Championship ahead of team captain, Padraig Harrington announcing his three ‘wildcard’ picks at 7.30pm later Sunday night UK time.

The week has turned into a selection nightmare for Harrington with just five players – Jon Rahm, Rory McIlroy, Tommy Fleetwood, Viktor Hovland and Paul Casey – assured of being on the plane later this month to Wisconsin.

Scott, and having played so much golf on the European Tour, has always taken a keen interest in the Ryder Cup and commented earlier in the week that ‘it’s fun to watch’. Though it’s not fun for Harrington who called a get-together of his four Whistling Straits vice-captains on Friday night but then what could they talk about as there’s still so much to unfold selection-wise before final putt drops on Sunday at Wentworth.

Scott’s focus will be to get on top of his poor starts the past two rounds having been two-over after three on both days. “That’s two days in a row it’s been a rough start but that can happen here,” said Scott.

“You’ve just got to settle down and knuckle down and I did, and I’ve kind of left myself work to do the last three holes each day and so far, I’ve managed to do it okay. But I really don’t want to be in that position tomorrow. I’d like to get off to a good start and get the momentum on my side, and then this course can really present itself to you.

“They are tough holes. You don’t have to do a lot wrong to make a bogey. But in saying that, in two good shots, you can make a birdie and really get moving in the right direction”.

After being two-over after three those two days he proceeded to play the last 15 holes on day two in five-under and four-under over the same stretch on day three. “The opening three will be the key”, he said. “What I’m going to focus on now is the first three holes and try and get under par through three or four, and I think there’s a good score out there.”

If Scott can get through the trio and as he did in birdieing the second to play the three in one-under we could be celebrating a first Australian success at European Tour HQ in 31-years and a third triumph in 66-years.

“I had to make that birdie on 18 if I want to think I’ve got a chance,” Scott added. £It’s so bunched. There’s going to be one or two guys, at least, tomorrow who shoot a good score. You can’t afford to be four back when there’s so many guys up there”.

Scott’s won 31 times in his pro career but with his only win in the UK being the 2002 Scottish PGA Championship while his closest to winning ‘south of the border’ in England was the heartbreak of being runner-up in the 2012 Open Championship at Royal Lytham and St. Annes.