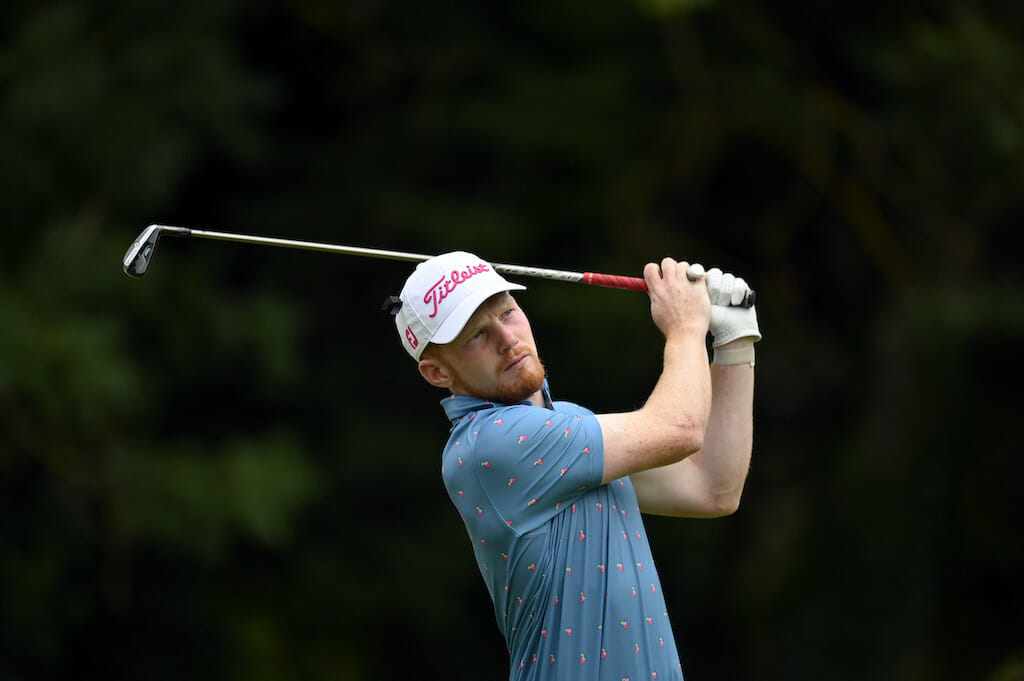 Kinsale’s John Murphy will fly the flag for Ireland over the weekend where Ondřej Lieser will take a one-stroke lead into day three of the Big Green Egg German Challenge powered by VcG after posting a four-under par round of 67 at Wittelsbacher Golfclub.

Murphy dug deep to post a three-under par round of 68, making the cut on the number at plus-one with four birdies and one dropped shot on his card as he goes into moving day in a tie for 57th.

That leaves him ten shots back of Czech leader Lieser who took full advantage of the favourable conditions in Germany as he moved to nine-under par, one shot clear of Craig Ross of Scotland, Germany’s Matthias Schmid and Austrian Lukas Nemecz on eight-under par.

The 30-year-old has taken time to reset after admitting it was a struggle to adjust to life on the European Tour after being crowned Road to Mallorca Number One last year and is now reaping the rewards of some hard work behind the scenes.

“I was kind of struggling at the beginning of the season on the European Tour,” he said. “I’ve really put so much work into my game the last two months and finally I can see it’s getting better and better.

“I just had to fight with every single shot because it is a tough golf course. You’re going to miss fairways, you’re going to miss greens and you just need to stay focused and I think that’s what I did best today. Honestly, I hit some really good quality shots when needed and I hit some bad ones as well, but I managed to save them.

“I would honestly love to hit every fairway here but some holes even when you hit the fairway, you’re still blocked by trees so it’s not only about hitting the fairways but also making sure you have the right yardage from the tee.”

Lieser’s strategy will remain the same over the weekend but he is fully expecting the weather to change after two glorious days at Wittelsbacher Golfclub.

“I think my strategy is doing well so I’m not going to change at all,” Lieser said.

“I made birdie on nine, 11 and then held a monster putt and saved a par which was about nine yards so that really kept me going.

“It depends on the weather, if it turns around then it’ll be much different but there is supposed to be a bit of wind and some storms tomorrow, so we’ll just have to see how it’s going to play.”

The third round of the Big Green Egg German Challenge powered by VcG will begin at 7:39am local time with Lieser teeing it up at 11:30 alongside Craig Ross and Matthias Schmid.