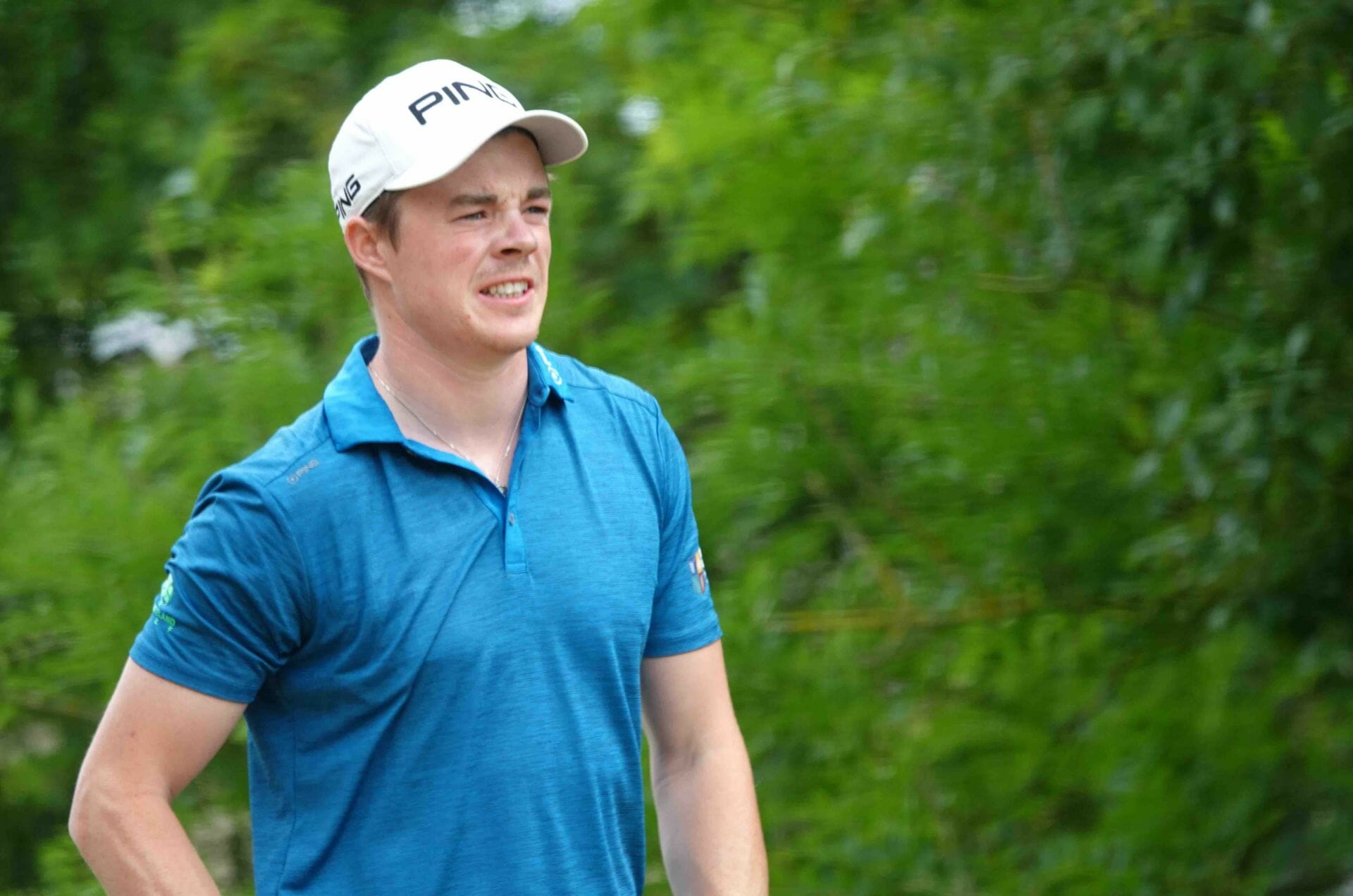 Stuart Grehan fired a final round five-under par 65 to finish with a flourish at the Motocaddy Masters at Leven Links where England’s Jack South signed off with an astonishing 59 to land the title by two strokes in Fife.

Tullamore professional Grehan led home the Irish contingent, rising 22 places up the leaderboard to a tie for 24th at nine-under par. That’s three top-25 finishes on the spin for Grehan, including a top-10 result at the NI Masters as his game continues to turn a corner after a difficult spell as a pro.

As for the other Irish contenders, Shannon’s Daniel Brennan carded a second straight 67 to tie 33rd at seven-under. K Club professional Conor O’Rourke signed off with a disappointing three-over 73 to share 42nd at five-under while Galway’s Ronan Mullarney posted a 72 to take 52nd spot.

Nobody could touch South’s final round 59 that included 11 birdies to break the magic 60 mark and reach a winning 20-under par tally. South’s life-changing final round saw him claim the £59,000 bonus from the EuroPro Tour and £60,000 from sponsors Cobra Puma Golf.

South started the day three shots back from overnight leader William Harrold and produced the most spectacular round in PGA EuroPro Tour history to do the unthinkable. He began with birdies at the first and second before going out in 27 to set all eyes on the Birmingham golfer as he hit the back nine having gone on a streak of five birdies from five to nine.

The Tippity Green golfer continued to apply the pressure and made birdies at 11 and 12 to be nine under through 12 and two clear of Jack Davidson. Davidson had his own 59 watch earlier on and ended up signing for a spectacular round of 60 (-10) to take finish tied 3rd overall at -13.

South’s work wasn’t finished knowing he needed to make two further birdies for a 59 and made one at the par 4, 14th meaning he only needed one more from his remaining four holes and that he did at the 16th. With the experienced Paul Maddy on the bag, South steered the ball home on the 17th and 18th plotting his ball 20ft from the hole knowing a two-putt would seal the 59 and bonus and that was what he did.

He said: “Just out of this world. It’s a phenomenal feeling It’s been such a hard year, I’ve worked so hard without any reward. It was a 50 footer for birdie on the hill, it was so slow up the hill and I left it 6.5 feet short and I said to Paul can you read this for me because it’s so hard. I just said the same thing all day when I felt the pressure, just put a good stroke on it and keep your head down. All I know is it went in, that’s the best putt of my career, that’s the best shot of my career.”

“I went for it today, the course is fantastic, the spectators, the members, the pros and captains, they’ve been so welcoming. We’ve had the perfect sunny day.”

“I didn’t think it was possible to win that on the EuroPro let alone in a day, the sponsor’s Cobra Puma putting up a bonus for us and the EuroPro, I can’t put it into words, it’s almost like a win on the main tour isn’t it? Onwards and upwards.”

South is part of the Cobra Puma NXT LVL Squad and with that claimed their bonus for shooting a 60 or better for £60,000. The win sees South move to 11th on the order of merit up 55 places.