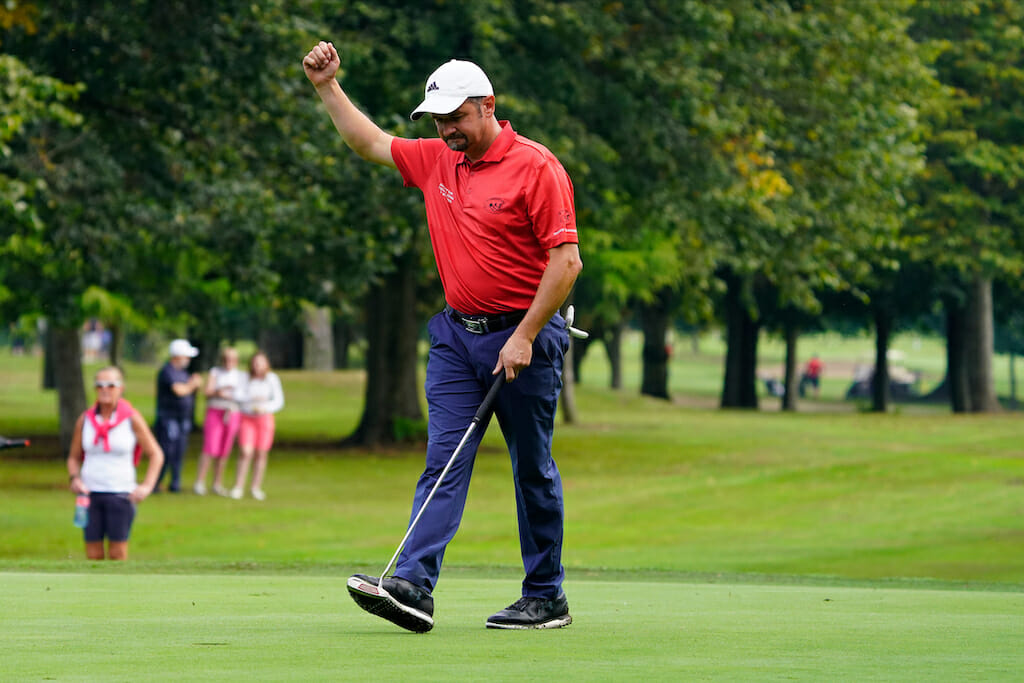 Co. Cavan, Gowran Park, The Heath and Powerscourt have booked their spots in the week’s first All-Ireland final matches and will face-off on Thursday for the AIG Jimmy Bruen and AIG Minor Cups at Shandon Park.

A full week of competitive inter-club golf is underway as the AIG Men’s and Women’s Cups and Shields season comes to its conclusion with six events to be completed before another series of finals takes place next week at Limerick Golf Club.

Co. Cavan were the first team through to the AIG Jimmy Bruen final as they saw off Strabane in a close encounter where two matches went to the 18th and one went to extra holes. The Ulster South Champions will now face Gowran Park, the winners of the Leinster Central Zone pennant who overcame Tramore this morning.

It was an exciting finish to the AIG Minor Cup semi-final between The Heath and East Cork when, with two matches a piece, Mary McNamara (The Heath) rolled her lengthy putt to within ‘gimme’ range to beat Patricia Murray (East Cork) on the 19th.

“Right now I am too tired to think,” said McNamara afterwards. “But I am so delighted that I was able to help the team win today. I told myself heading to the 19th to just go for it, there’s nothing to lose here. I think when you’ve gotten that far you have to keep going so off you go.”

McNamara, who has played a part in all seven of The Heath’s matches to date, was the home favourite and played all their ‘home and away’ matches at the Co. Laois course. She is drawn again to play Stella Carmody of Powerscourt in the all-Ireland decider.

Powerscourt added another 4-1 victory over Ashbourne to secure their place in the final with Jeanette Lowe, Emma Ryan and Alison Notley winning the al- important points.

Finally, the quarter-final matches in the AIG Challenge Cup were completed and Fintona, Grange, Gort and Waterford will compete in the semi-finals tomorrow. Although beaten today Sutton, Donaghadee, Waterford Castle and Ballyneety were presented with their AIG Regional Zone pennants, the current inter-club structure which was introduced this year under Golf Ireland.