Leona Maguire – how amazing was that? 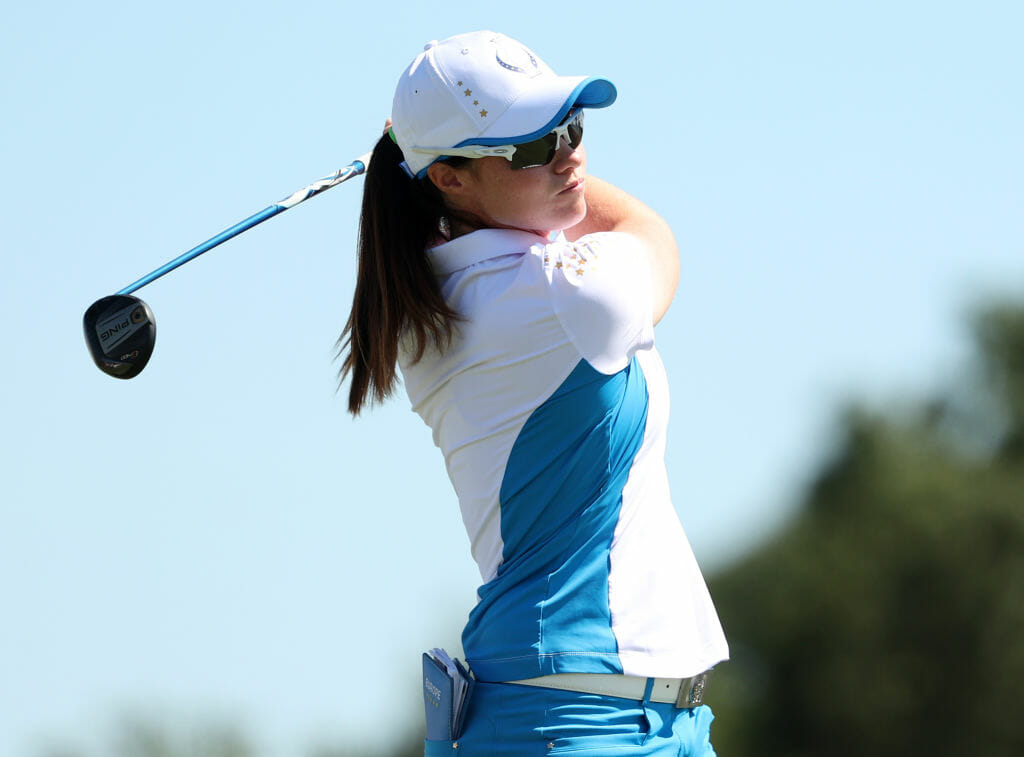 Leona Maguire plays her shot from the third tee during the Singles Match on day three of the Solheim Cup at the Inverness Club on September 06, 2021 in Toledo, Ohio. (Photo by Maddie Meyer/Getty Images)

“All you can do is win your own point” said Leona Maguire.  Well there’s winning your own point and then there’s being 4-under par through seven holes and 4up before going on to win 5&4 against a player of the quality of Jennifer Kupcho.

Add in that Maguire was Team Europe’s most played player, their biggest points winner of the week with a massive 4.5 points from a possible 5 and she took down World #1 Nelly Korda….twice in the foursomes, and you start to get a sense of just how impressive the Cavan native was on her Solheim Cup debut.

“Jen’s a world class player and we have competed on many college teams and this will not be the first nor the last”, said Maguire.

“Yeah, I just wanted to put pressure on Jen from the get-go. She’s a phenomenal player; we’ve played many times before, and I knew I’d have to have my “A” game today, and luckily there was still some energy left in my legs and I was able to get it done.

“I’ve been having a great year since June really, since the Mediheal tournament and I just tried to carry that through”.

Among the first Maguire singled out for praise was her caddy Dermot Byrne, the former long-time caddy to Shane Lowry, who began caddying for Maguire in June this year where they teamed to share ninth place at the LPGA Mediheal Championship in California.

“Dermot has been a tremendous help to me, been my caddie since Mediheal and he was a huge part of this week, keeping me calm, keeping me focused, hitting the right shots at the right moments, and I had two phenomenal partners in Mel and Georgia, as well, that just let me do my thing, and yeah, just so proud of getting to play with them”.

Of course in Ireland we’ve known all about Maguire for some time and she has announced herself on the LPGA Tour this year with five top-10 finishes and a host of other strong performances but there can be little doubt that all of America, as well as all of Europe, will know the name and that steely stare from this week on.

One thing though that we’ve all learned about Maguire this week though is just how passionate she can be. Not usually one for showing emotion on the golf course there were fist pumps, roars and in her interview after her singles match, even a few tears. It’s amazing to see the person behind the player, she can be very proud of her efforts, just as all of Ireland is.