Grehan carries Irish hopes into final round at Studley Wood 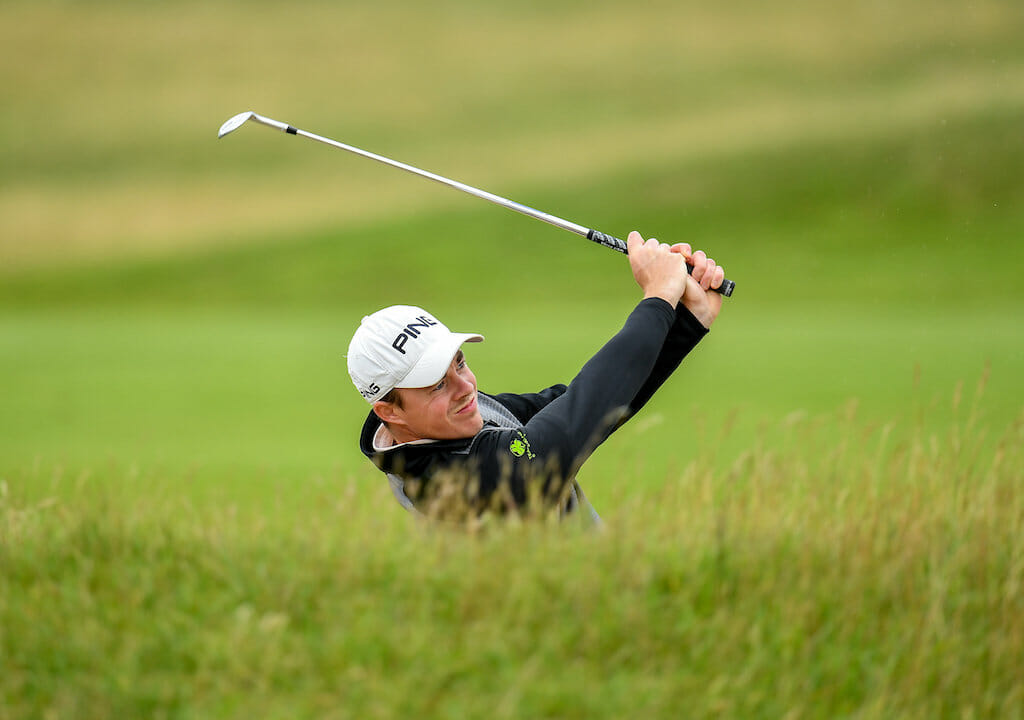 Stuart Grehan signed for his second successive four-under par round of 69 to sweep into the final day of the EuroPro Tour’s Studley Wood Championship, where Mitch Waite and Tom Sloman lead at 16-under in Oxfordshire.

Tullamore professional Grehan had traded four birdies with two bogeys before stepping onto the 18th tee where he would land an eagle at the par-5 last to heighten hopes of a top-5 finish. In a tie for 22nd at eight-under ahead of his 9.35am tee-time, Grehan trails fourth place by four shots ahead of the final round set to be dominated by more low scoring.

Waite of Filton Golf Club posted his second 65 (-8) of the week with only one blemish on the card at the fourth but recovered well picking up seven birdies to sit at the top of the leaderboard, at one stage by five shots.

The Trinifold Sports golfer, made more birdies than anyone else out on the course on day two to hold the clubhouse lead going into the final day once again on the EuroPro.

Sloman currently sits on the fringes of the top five on the order of merit so a victory would do his chances a huge boost of securing his passage to the Challenge Tour.

Waite meanwhile will head into the final round looking to become the first player to win two tournaments in a season since Todd Clements in 2019.

The cut was made at the lowest to date this season at an incredible seven under with the leading 50 players and ties making it to the final round. It was a case of close but no cigar for John Ross Galbraith (-5) and Daniel Brennan (-4).

Highlights from The Studley Wood Championship at Studley Wood Golf Club will air on Sky Sports Golf on Tuesday 14, September at 6 pm with several other showings scheduled. See the full where to watch guide here.