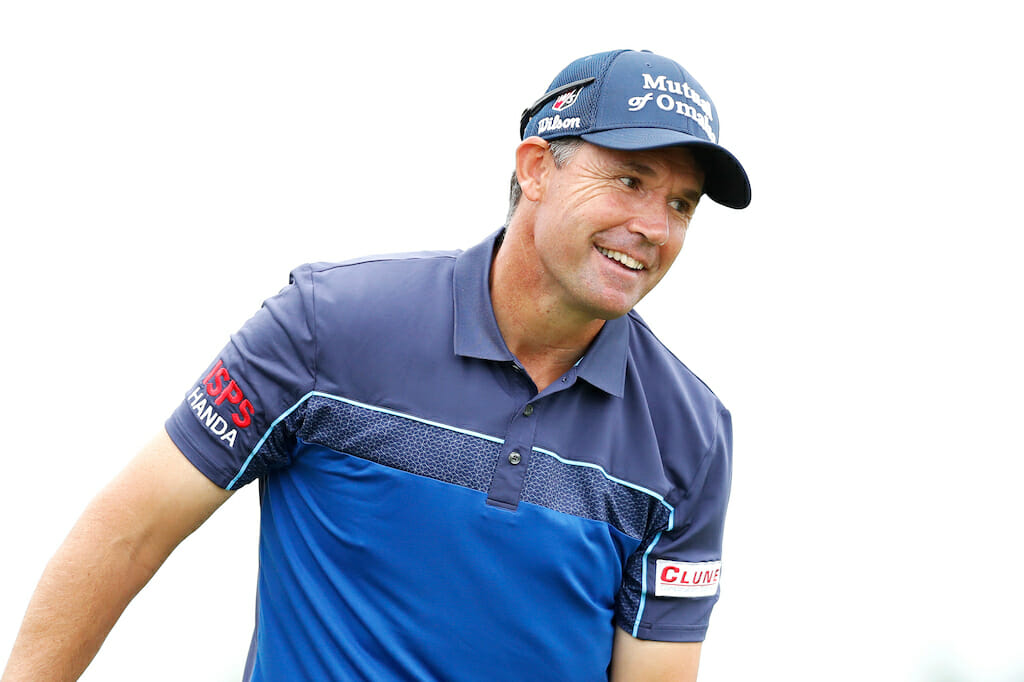 On European Captain Padraig Harrington’s 50th birthday, we decided to relieve him of leadership duties and see how his team is shaping up ahead of next month’s Ryder Cup at Whistling Straits.

From what looked a nailed down selection just a couple of weeks ago, European waters have been stirred of late as players near and far look to make a late run at the team. As things stand, Shane Lowry occupies that precious ninth automatic qualifying spot but the Offaly man is vulnerable this week with the likes of Guido Migliozzi and Bernd Wiesberger taking their chance in the Italian Open.

Rory McIlroy holds down the fourth qualifying spot on the European Points list but should he be usurped by a Guido win, a Victor Perez ‘W’ or as little as a top-15 finish for Wiesberger, according to stats guru Nosferatu on Twitter, the knock-on effect would be drastic for Lowry. Should McIlroy be displaced, he will then take Lowry’s spot on the World points list, meaning Shane has one event – the September 9th starting BMW PGA Championship – to regain automatic selection.

Had a chance to look at this again in more detail…

So, this ‘knock on/out’ scenario between Rory and Shane could be triggered by Wiesberger if he finishes in the ~top 15 in Italy, but also by either Perez or Migliozzi if one of them wins there! @RyderCupEurope @padraig_h https://t.co/n3YiBlDbGl

Although it’s no secret that Lowry loves Wentworth, he knows the pressure such a scenario could bring:

“I’d rather if I wasn’t under pressure,” Lowry said before jetting back to Ireland following Sunday’s BMW Championship.

“I’d rather I was fully cemented in the team and going to Wentworth just to play my game. But yeah, it is what it is. It’s a great position to be in. Two years ago or three years ago when it was the France Ryder Cup and I wasn’t anywhere near the team, I would have given a lot to be in the position I am now. So I’m in the position now where I need to kind of grab it by the scruff of the neck and go ahead and make the team.”

Wiesberger’s final hole double-bogey at last Sunday’s European Masters that cost him the title has certainly helped Lowry in that regard, and should Shane drop out of the automatic nine spots prior to Harrington announcing his three wildcard picks on Sunday, September 12, you’d still wager he’s done enough to earn a pick.

Lowry’s consistency on the PGA Tour all summer has been evident while his performances at the Majors, including two top-25 finishes at the Masters, a tied 12th result at The Open and a top-5 at the PGA confirmed what we already knew – Lowry loves the big stage. Couple that with his outgoing personality, his suitability to the link-like Whistling Straits and his popularity and talent and he looks as obvious a pick as say, Ian Poulter and Sergio Garcia who the Captain has all but confirmed on his team already.

“Sergio (Garcia) almost has to lose a limb to avoid being selected and (Ian) Poulter is not far behind,” Harrington has said, though both have since more than proven themselves on the PGA Tour, with Garcia even making it to East Lake.

That’s not to say it wouldn’t help Harrington if one of Garcia or Lowry could make the team automatically and thus free up another pick. If Garcia wins the Tour Championship, he could certainly earn automatic selection via the World Points list. If he doesn’t, and Shane makes the team outright, then it would be a race for the third Captain’s pick… one Justin Rose had looked to be winning despite hardly playing. Now Swede’s Henrik Stenson and Alex Noren have put their hands up for selection, through they’d need a big week at Wentworth to sway a decision in their favour, and that’s us overlooking the merits of a Robert MacIntyre or Bernd Wiesberger who still have time to turn heads.

That said, whatever happens with the nine automatic selections, the three wildcard picks will likely be tried and trusted competitors. A Ryder Cup on away soil is no environment to gamble on a rookie, though Lowry will surely be an exception to that rule given his stature in the game, should he need a helping hand from his practice chipping partner. He’ll be gunning to take that decision out of the Dubliner’s hands, but the equation is no longer looking quite so straight forward.

“That’s my main goal, to obviously go and make it,” Lowry says. “If I don’t make it, to be so close that I kind of make his decision for him [and get picked], because even though the whole rookie thing will be talked about – that I’m a rookie – I don’t feel like a rookie.

“That’s just how I feel about it. I’m confident in myself that if I’m put on the first tee against anyone, that I can bring home a point for the team when I’m put out there.”