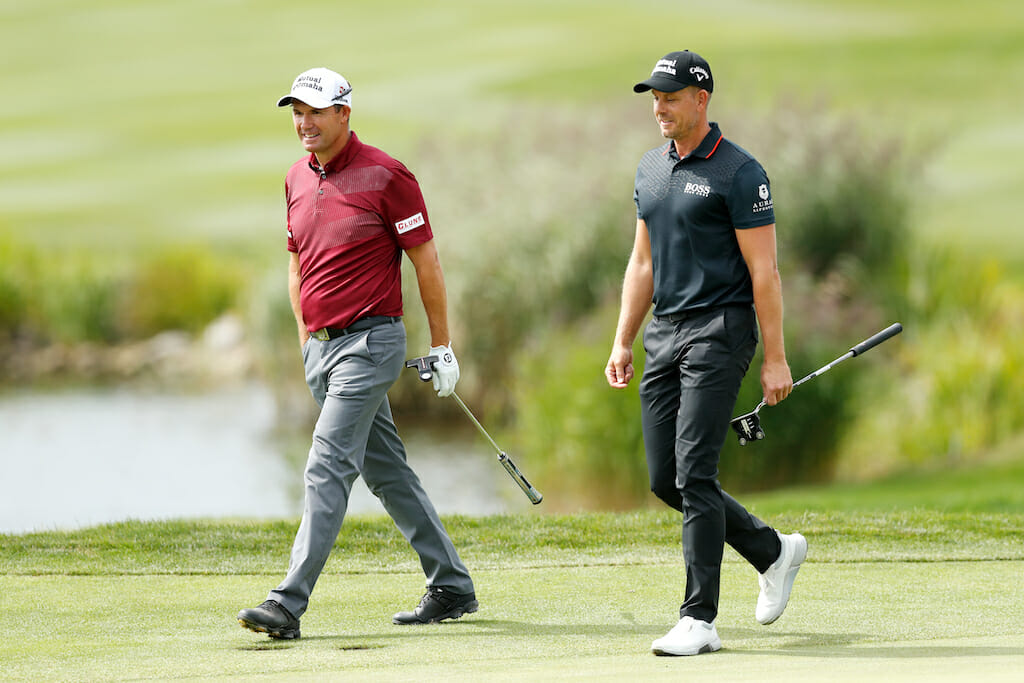 Stenson stormed his way first to the clubhouse lead before eventually grabbing a timely third place with an avalanche of birdies in his final round of 63 for an 11-under par tally at the Omega European Masters at Crans-Montana, Switzerland.

Stenson, a veteran of five Ryder Cup’s, was without a top-10 finish this year but after failing to qualify for the PGA Tour ‘Play-Off’ series, the Swede returned to Europe a fortnight ago to share fourth place in the Czech Masters and now third high in the Swiss Alps.

The effort will not see the 45-year-old get any closer to automatic team selection but his much-needed return to form should make Harrington’s task a little easier when he names his three Whistling Straits ‘wildcard’ picks early Sunday evening on September 12th.

“I didn’t see this round coming but then when I pitched-in from 25-yards from the right rough at the first, I thought this could be the start of something special and it was,” said Stenson. “I think my round today would have made Seve proud.

“I played some good golf when I was out with Padraig for the first two days last week in Czech and I hope I showed him that I am eager and trying hard. Now in coming to Crans I had two really strong rounds even though I feel I want to have a bit more security in my long game, and that is the area of my game I am focussing on.

“So, I will take the positives once again and move on now to the Italian Open and we can keep on getting better.”

And while Stenson has helped his selection cause, Austrian Bernd Wiesberger handed Harrington a selection dilemma in doubling the final Swiss hole to hand victory to 20-year Dane Rasmus Hojgaard. Wiesberger, 35, was leading by one and needing a birdie to win and move into the automatic selection zone for a maiden European Ryder Cup cap.

The Austrian was bitterly disappointed quickly leaving the course and headed down the mountain for the two-hour drive to Geneva Airport after posting a 65 for a 12-under par total.

Hojgaard was showered with champers in collecting a third Tour victory in just his a 38th Tour event and now joins the likes of Kel Nagle, Seve Ballasteros, Nick Price, Nick Faldo, Jose Maria Olazabal, Monty and fellow Dane Thomas Bjorn in being fitted with the customary red winners’ jacket.

“At the moment it’s a bit surreal knowing I have won,” said Hojgaard. “I knew I needed a birdie at the last to have a chance of making a play-off, so I made a birdie but then it was a strange ending.

“I’m very proud to win and to join some of the greats of the game with my name now on the trophy is very special and I can’t wait to come back and defend.”