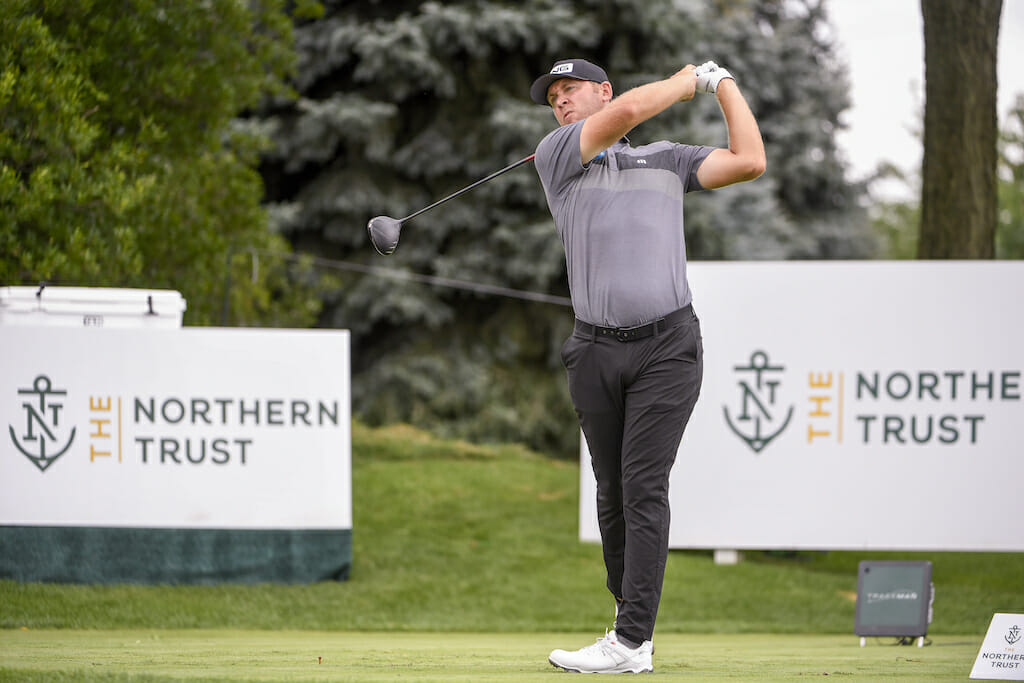 Seamus Power looked right at home in the first of three ultra-lucrative FedEx Play-Off Series events after a solid round of 70 on day one of the Northern Trust.

Power grabbed two birdies and dropped just one shot in the dull and windy morning conditions on the Liberty National course laid-out in New Jersey and commanding stunning views out over the Hudson River to New York City.

The West Waterford golfer ended his round just four shots behind American and opening round playing partner, Harold Varner III who was the early clubhouse leader in the €8.1m event after a five-under 66. European Ryder Cup rookie certainty, Viktor Hovland snatched six birdies in a three-under 68 before heavyweight hitters Jon Rahm and Justin Thomas took to the course in the afternoon, taking advantage of the wind dying down to each post stunning eight-under par par 63’s to lead the field by three. 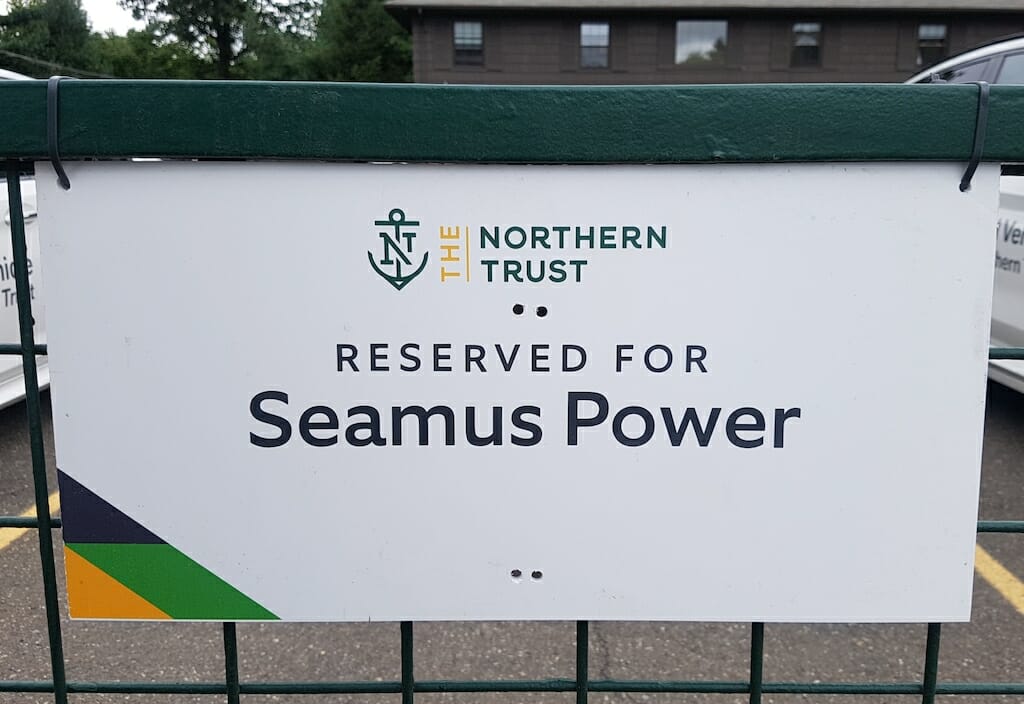 Power is making just a second appearance in the Play-Offs having earned his place three years ago on the back of the nail-biting experience of securing the 125th and last place into the Northern Trust. Three years on, he’s now a PGA Tour winner and it showed in how the current FedEx No. 73 has proudly carried himself since arriving on the course.

“It was very windy early on and now that I’m finished, I hope it stays that way for the rest of the day,” said Power. “The thing is the wind is from a different direction to the practice rounds and for the early part of my round we were just trying to figure it out.

“So, it was tough out there and some of the pins were tucked away and it was one of the days where I holed a lot of par putts which you need to do, at times, in conditions like we had this morning.

“Saying that, I really didn’t have my ‘A’ game as there were pins out there that I would have no hesitation in attacking but then standing here and being under par, is a great score. I’ll work on the game this afternoon and hopefully come out a little stronger tomorrow.”

Currently tied 34th, the Tour has Power projected to drop to 76th on the standings with the leading 70 at the close of this week moving into next week’s BMW Championship in Baltimore, Maryland.

Power upstaged fellow Irishman Rory McIlroy on day one, albeit by a shot, with the two-time PGA Tour No.1 bogeying his closing hole in a level par 71.

Mcllroy was one-over after six holes after two birdies and three bogeys and then after six straight pars he two-putted the par-5 13th and then bogeyed 14 ahead of birdies at 15 and 16. He parred the 17th but then three-putted the last from some 35-feet for bogey.

Shane Lowry was out in the afternoon half of the 125-player field, sending his opening tee-shot into the water at the tenth before racking up a first hole double. He dropped another one at his third hole before holing a 9 and 19 footer, both for birdie, at 13 and 17 to reach the turn at plus-one.

His homeward half was again a mix of birdies and mistakes but with three gains against two dropped shots, the Offaly golfer managed to get it back to par for the day, in the clubhouse alongside McIlroy in a tie for 52nd after a real grinding effort.

Meanwhile, Rahm, who missed his chance at the Olympics because of Covid, expected a little rust in his game. It just didn’t show on his card. He chipped in for birdie, saved par on the next two holes and was on his way.

Thomas had benched his putter for bad behaviour after he spent too much of the year not seeing putts go in the hole. But during his junior event last week, a teenager asked why he wasn’t using his old putter.

“And I found myself defending myself to this 15-year-old,” he said. “I was like, ‘Why am I not using this thing?’ It’s not like I’m making a lot of putts with what I have. If you’re putting well, any of us can go out and putt with anything.”

He didn’t hole all of them, but enough to record nine birdies for his lowest round since a 62 last November in Mexico.

Bryson DeChambeau also made nine birdies. He was eight shots behind. His round of 71 was noteworthy because of the pars he made on No. 4 and No. 10. Those were the only pars he made all day. The nine birdies were offset by five bogeys and two double bogeys.