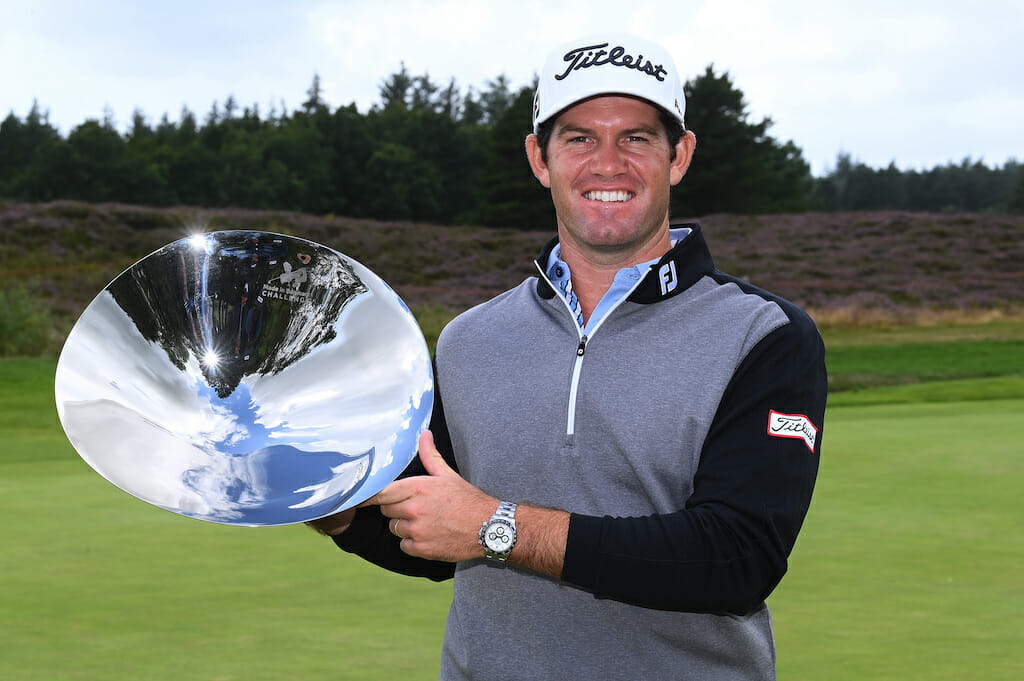 The Northern Irish pair went into the final day alongside each other at level par but neither had their best stuff on Saturday; McKibbin signing off with a three-over 74 to tie 39th while Hoey went one shot more in a 75 that left him at four-over.

It was all about 30-year-old Gouveia, however, who started the day four strokes back in Denmark but carded five birdies and one bogey to finish on an eight under par total, three shots clear of Austrian Niklas Regner, American Dodge Kemmer and Jesper Kennegard of Sweden.

Gouveia had already returned to the winner’s circle for the first time in six years just last month, securing victory at the Italian Challenge.

His last win prior to that came at the 2015 Challenge Tour Grand Final in Oman, a win which secured him the prestigious title of Challenge Tour Number One for that season, and the Portuguese was thrilled to continue his remarkable resurgence with a second triumph in as many months.

“It was amazing,” he said. “It’s another great tournament for me, coming off a great win in Italy after six years without winning. This one was another special week, and I am very happy.

“This week was different, after coming off a two-week break. I was a little bit rusty in the beginning, but the course suited me really well and I can could feel my game getting better and better and today  I played really good.”

The victory moved Gouveia to second position in the Road to Mallorca Rankings, behind Spain’s Santiago Tarrio, and virtually secures his playing rights on the European Tour next season.

“I am really happy, it will be great to be back on the European Tour,” he said. “I feel like that’s where I belong, it’s been a tough few years especially with COVID and the year before in 2019.

“It was really tough, and without my team, my family, my wife and everybody behind me, it would have been impossible to be here with five Challenge Tour wins. They will be celebrating I hope, it’s been a rough few years but they deserve it as much as I do.”

Kemmer and Kennegard both signed for three under par rounds of 68 to share second spot on five under with Regner, who birdied the last for a 72.

Tarrio still leads the Rankings on 141,493 points, with Chase Hanna sitting in third place behind Gouveia, the American having finished tied sixth at the Cazoo Open supported by Gareth Bale and the Hero Open on the European Tour.

The Road to Mallorca now moves into the second week of the Danish Swing with the Sydbank Esbjerg Challenge taking place from August 17 –20.