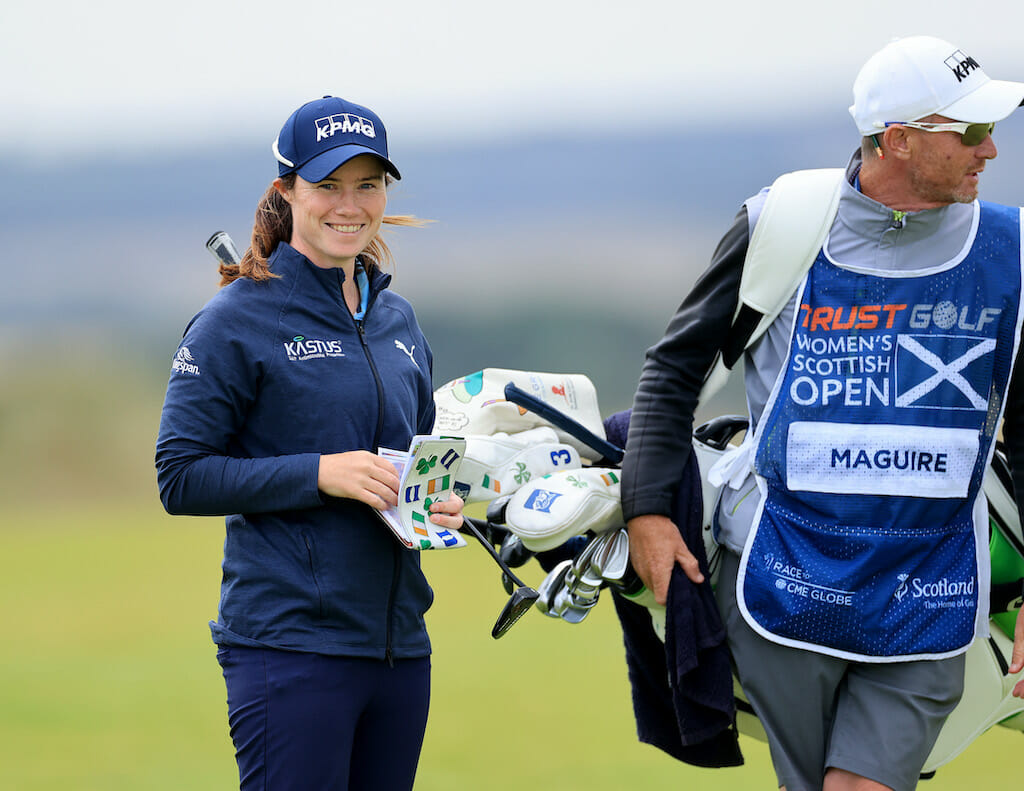 Leona Maguire carded her best round of the week thus far in a two-under par 70 as she looks to build momentum ahead of next week’s AIG Women’s Open at Carnoustie.

The Cavan professional remains very much focussed on this week’s assignment at the Trust Golf Women’s Scottish Open at Dumbarnie Links, however, where she put in a typically dogged performance, trading five birdies and three bogeys in tricky conditions to move inside the top-15 at the time of writing at three-under par.

It was an accomplished performance for Maguire who found 15 of 18 greens in regulation, though she did need 32 putts. The 26-year old will be eyeing a big Sunday finish, currently projected to rise inside the top-10 on the Race to CME Globe though she’ll no doubt have Major ambitions in the forefront of her mind with her game trending nicely with a round to go in Scotland.

Thailand’s Ariya Jutanugarn remains out in front at 10-under par, 12 holes through her third round. Full report to follow…