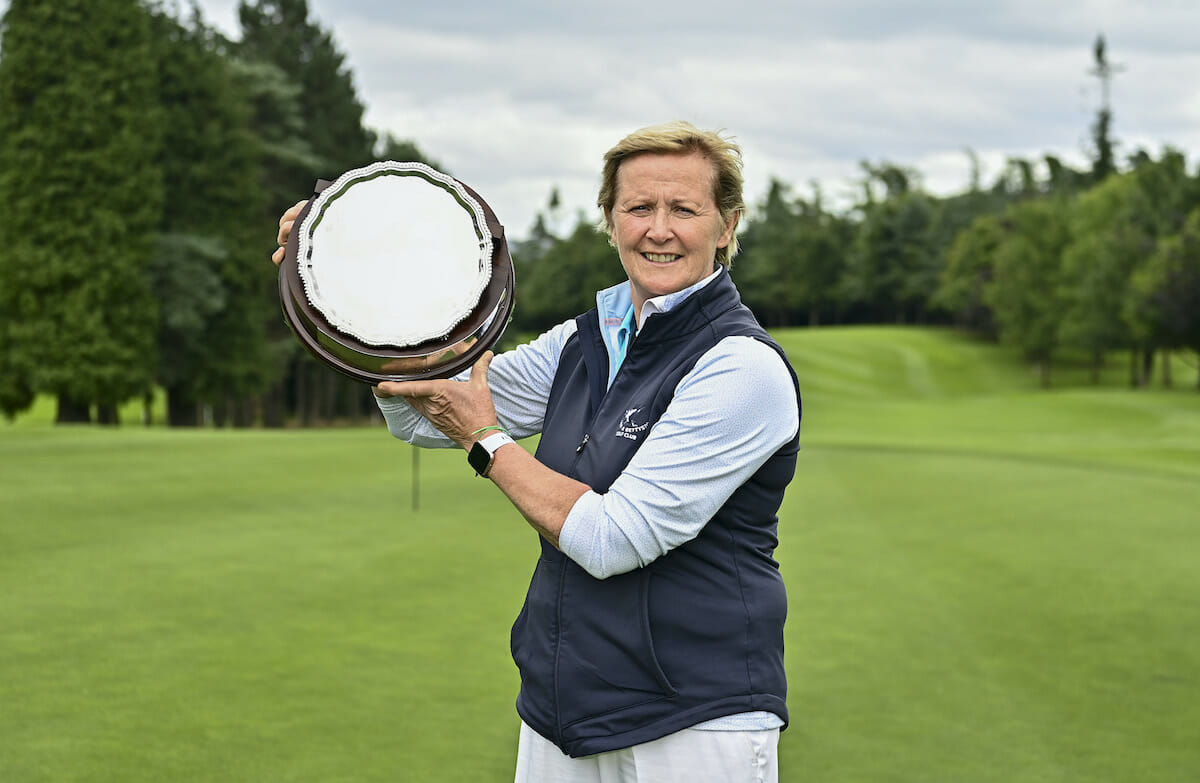 The Laytown and Bettystown golfer adds the Open to the Close Championship she won in Westport GC earlier this year.

Wickham started the third and final round five shots behind Deirdre Smith (Co. Louth), but a birdie on the final hole helped finalise a seven-shot swing, and a two-stroke win on +12.

A round of 75 included three birdies on the back-nine, including that crucial birdie on the 18th to cap off a memorable win for Wickham.

Smith extended her lead to six shots after the first hole, but it would be her only birdie of the day in a round of 82. She finished in a tie for second with Sheena McElroy on +14.

“I’m shocked, surprised and thrilled”, Wickham revealed after the win. “My focus was never on winning the double. It was about competing well, and I was able to do that.”

“It was all about playing the course today. The competition and conditions were tough, especially with the wind.

“I won’t be able to top this year. I didn’t dream I could ever win the Close and the Open in the same year. To win both exceeds all my expectations.”