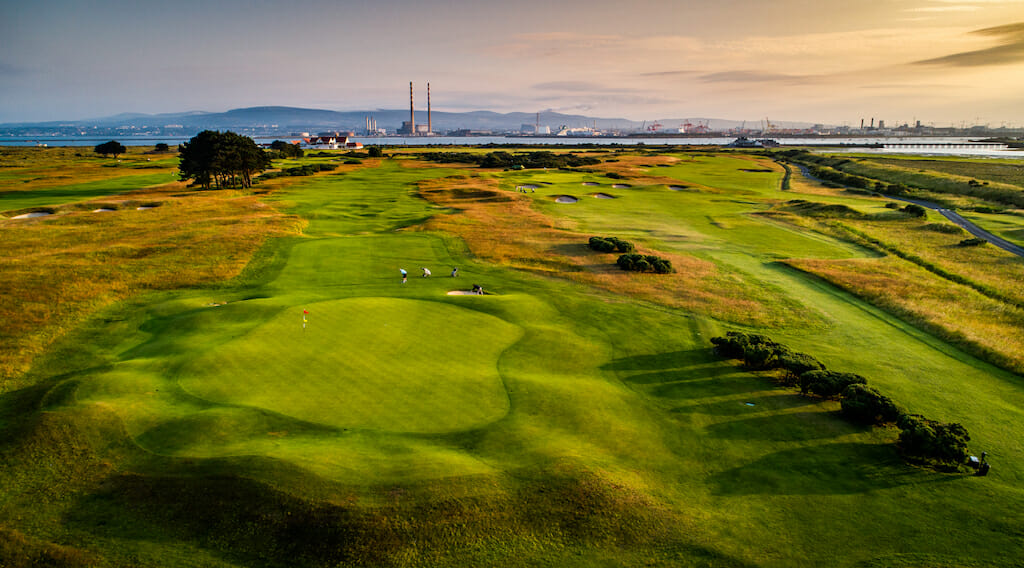 This year the tournament had a record entry of 143 players – the field is generally limited to 81 players with a maximum handicap of 9. Due to the large entry this year, Royal Dublin extended the field to 96 players with a handicap cut off of 5. 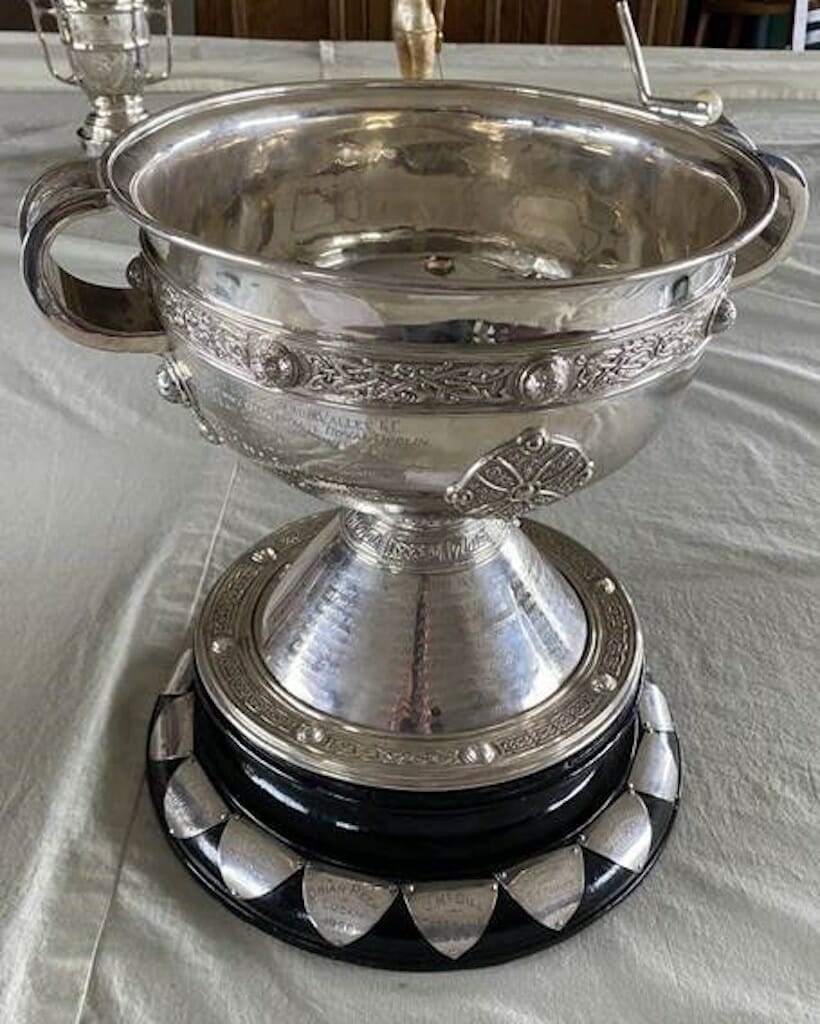 The John Lumsden Memorial Cup which was presented by Leinster Council of the GUI in 1926.

With such a strong field, the event had a very competitive and closely bunched leaderboard. Brendan O’Malley was on the first tee to welcome all the players to the event, giving all the entrants a warm welcome and ensuring they had their divot bags before sending them off onto the links.

After the first round Padraig Curry, from Castlecomer Golf Club was out in front with a 68 playing off scratch. Padraig had six birdies on his card including four on the back nine for an inward nine of 33 strokes.

Padraig was closely followed by home player Shane Derby and John Barrett from Mount Juliet, they both had opening round 70s playing off 3 and 4 respectively. In fourth place after round one was Sean Fotheringhame from Howth, who opened up with a 71 playing off 3.  There were 13 players within five shots off the lead going into round 2.

Brendan O’Malley passed over the starter baton to Damien Reville who ensured everybody teed off on time for the second round while all the entrants passed the cup that they were competing for as it was displayed on the first tee.

The field became a bit more spread out as the second round progressed and it looked like a three horse race between morning leader, Padraig Curry, who was being chased down by Sean Fotheringhame and Philip Hyland from St. Margaret’s.

Padraig got off to a slow start in the second round turning in 38 but a flurry of birdies, four in total, in the back nine got him back in contention before a cruel double on the last costing him his chances of victory. He signed for a 75 for a total of 143.

Philip Hyland had an opening round of 73 playing off scratch which he followed up with a second round of 70, which included late birdies on 16 and 17 to finish with a total of 143 which edged him just ahead of Padraig on a count back. Sean, playing alongside Philip, knew what score he had to beat and he plotted his way around the golf course making four birdies, two doubles and a solitary bogey.

That led to a total second round of 74 for a total of 142 which proved to be the winning score. It was a close fought battle between the three players and it went all the way to the last hole.

Tim Griffin from Corballis Golf Club came in fourth position with a total of 147 where he pipped Shane Derby on a countback. The gross was won by Gary Cullen, from Portmarnock Links, who shot rounds of 73 and 69 for a total of 142.  Special mention for Liam Cully from St. Anne’s who holed his second shot on the 18th hole for an eagle, a nice way to get some two’s money!