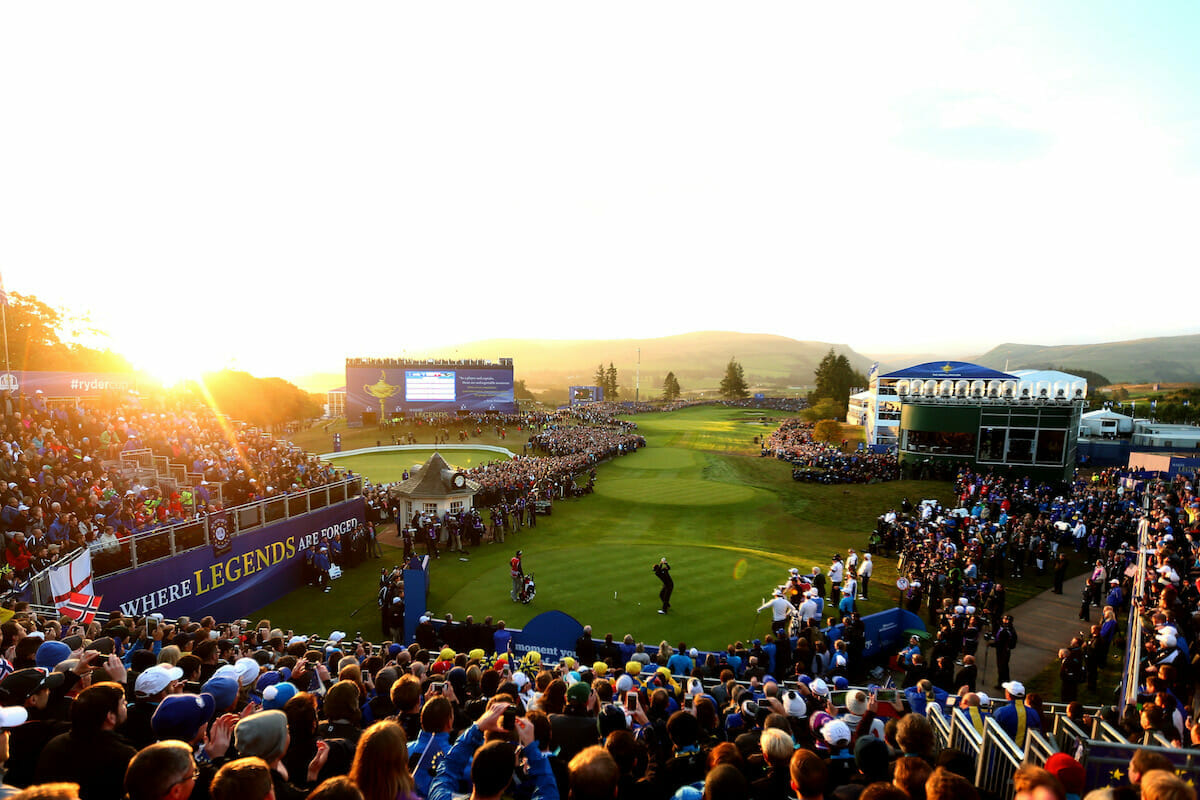 Gleneagles, the iconic Scottish hotel and global luxury destination, has announced the launch of a new open-to-all mixed pairs competition, to be staged on Sunday 5 September, to commemorate its hosting of the Ryder Cup and Solheim Cup.
As the only venue in Europe to have welcomed both iconic team events, the 850-acre Perthshire estate will be staging this new pairs tournament on the PGA Centenary Course, host to both Matches in 2014 (Ryder Cup) and 2019 (Solheim Cup).
Competitors can re-live some of the great moments from each Match as the course will be set up with a mix of identical pin positions, including the 15th hole where Welshman, Jamie Donaldson, clinched the Ryder Cup for Team Europe, and the 18th, where Norway’s Suzann Pettersen holed her dramatic and winning final putt.
Conor O’Leary, Managing Director at Gleneagles, commented: “Both Matches have written such a special chapter in Gleneagles’ golfing history and this new September mixed pairs competition will be a fun way to celebrate two of European team golf’s greatest sporting moments.”
Entry to the four-ball better ball Stableford event (shotgun start at 1.30pm) is £300 per pair, and includes: green fees and buggy, goodie bag, soup and sandwiches in Auchterarder 70 on arrival (from 11.30am), a one-course meal and drink following the golf, and a prize presentation.
To continue the competitive theme after play, in the comfort of Auchterarder 70, guests can immerse themselves in the start of the final day Singles Matches of the 2021 Solheim Cup, as Catriona Matthew’s Team Europe look to defend their title at Inverness Club in Ohio, USA.
For bookings and further information, email: Gleneagles.golf@gleneagles.com