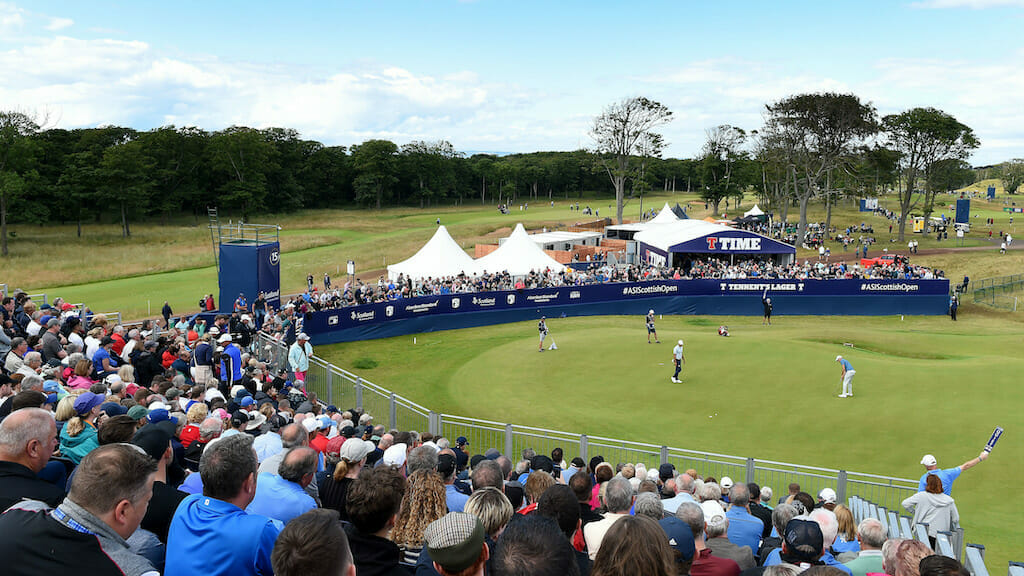 Next year’s 50th anniversary of the Scottish Open is set to deliver more of the world’s superstar golfers with an historic decision to co-sanction Scotland’s premier golfing event with the ultra-lucrative PGA Tour.

It will be the first-time ever since the then fledgling European Tour was founded in 1972 that a ‘regular’ Tour event will be jointly hosted by golf’s two biggest tours. The decision also, as European Tour CEO Keith Pelley cited, is ‘a first step in many more to come’.

The renamed Genesis 2022 Scottish Open, managed by Visit Scotland, will feature 73 of the European Tour’s best and an equal number of PGA Tour members.

Both tours agreed to co-sanction three events – the Genesis Scottish Open and the Barbasol Championship and Barracuda Championship on the PGA Tour – resulting from last November’s landmark ‘Strategic Alliance’ agreement. As well, the agreement to ‘connect the ecosystem of men’s professional golf through a number of areas’ also results from Monahan joining the Board of the European Tour.

And it was also the 2021 Scottish Open champion’s victory comments of Collin Morikawa that ‘sold’ Monahan on the notion.

Monahan said: “The importance of the Scottish Open and the global schedule, the fact that it precedes the Open Championship, and I point to the comments that Collin Morikawa made following his victory at the Open most recently, the importance of playing in that event, being in market, starting to familiarise yourself with the condition

“Also, traditionally having over 20 PGA Tour in a Scottish Open really presented us an opportunity when we started to focus on this schedule for an immediate way for us to demonstrate the impact that we can have together for all those factors, the Scottish Open made a ton of sense.”

And Pelley assured that despite just 73 Europeans teeing-up in next year’s Scottish Open, there will be opportunities for those Scots not members of the Tour to still to qualify for their national Open.

Pelley said: “Again, that’s something that we have talked about, and it was even a conversation that I’ve had briefly with Stephen Gallacher, and that is critical, especially when you think about what we introduced this year with the salute to Jock and what Richie Ramsay did this year in Scotland. So there will still be room for that to happen and still be room from an invites’ perspective to allow the Scottish top players to be able to play.”

And in other news, there will be just two WGC events from next year with this week’s WGC – FedEx St. Jude Invitational to lose it’s WGC status and instead be the opening event next year of the Tour’s FedEx Cup Play-Off Series.