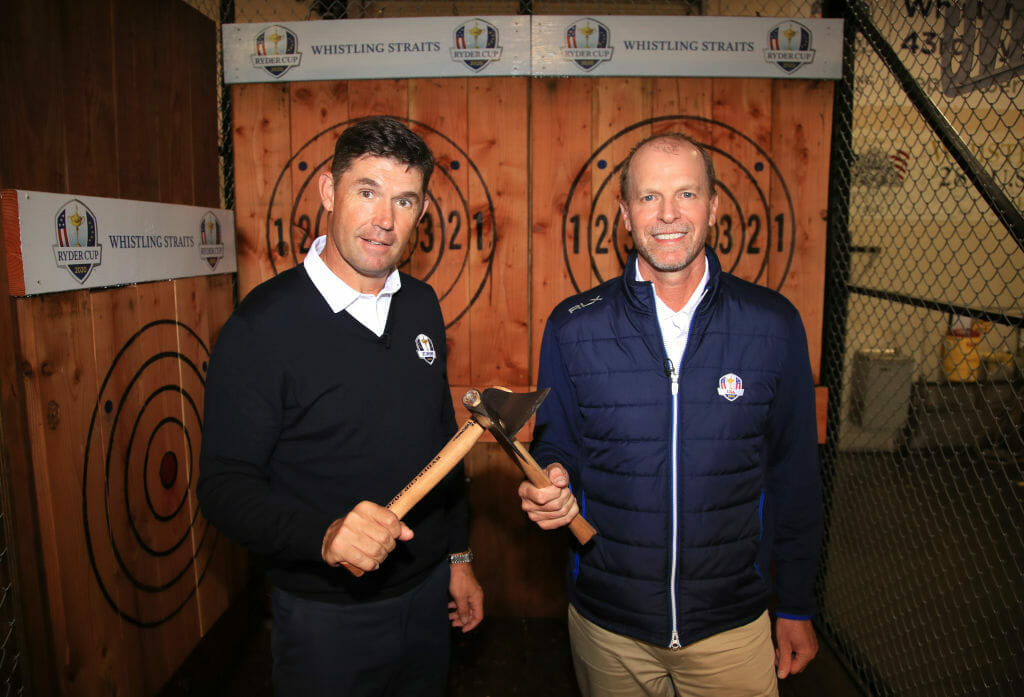 There is nobody as clear-headed as Padraig Harrington when it comes to solving a golf problem. Saving strokes and winning holes ‘against the head’, in rugby parlance, takes figuring out, and there is nobody better at it than Padraig. If you want to guess who Padraig will nominate as his wild card picks for the Ryder Cup Matches, look at who did best in the majors this year.

The captain will also look long and hard at the three names between 10 and 12 and ask himself: Is there somebody outside the top-12 who can be GUARANTEED to do a better job? Someone who has been in top, winning form lately? Someone who is of generous spirit and a proven asset in the team room? Someone who is a readymade partner for one of the nine automatics and capable of adding points in foursomes and/or fourballs? Travelling without an in-form postman, Ian Poulter, if he is outside the 12 will hardly be contemplated? Surely it is inconceivable to leave out such an effective bogeyman from an American perspective?

Shane Lowry’s performances in the majors has made it impossible for Padraig not to give him a wild card – if he needs one. At the moment, he doesn’t, which is a good thing because Ian Poulter must be a certainty to get one and it would leave the captain with only one other pick, which I believe Padraig would like. It would simplify the process.

My own choice would be Bob McIntyre. Every team needs a young, uncapped player who is going places to bring fresh energy into the team room. That’s Poulter and McIntyre plus whoever is showing the best form at the moment of announcement. That means anyone not among the automatics come 12th of September had better have performed (preferably won) the BMW PGA Championship at Wentworth, if they want to be on that flight to Wisconsin.

Harrington has said loud and clear: “Scores judge the golfer. It’s what score you can shoot in the moment. It doesn’t matter how someone gets the job done, it’s the score that’s important. As the Captain, I’m not there to judge how anyone gets the job done.”

So, what’s a team captain and sole selector supposed to do?

Well, nothing until he absolutely has to. Any detailed planning ahead of decision day is a waste of energy. Waiting until the race for points has ended and the automatic places have finally been cast is the first principle of selecting a Ryder Cup team.

There isn’t a shadow of doubt that Reed will be among the first to be added as a counterweight to Poulter as one of the few Americans in the positive side of the ledger in recent matches. Tony Finau, one of the few U.S. performers in Paris who won more games than he lost and the back-in-form Jordan Spieth are also two certain picks.

That’s nine, three more needed. The last 20-years of Ryder Cup matches has not been positive for U-S-A. It seems obvious to me Team USA should go out of its way to ‘shake things up’ and pick three ‘newbies’ with no previous experience of losing the Ryder Cup – golfers with zero ‘hurt’ baggage. Clear the decks, so to speak.

Billy Horschel should be the No. 10. He is the current world match play champion with useful Walker Cup experience. Patrick Cantlay should be the next pick. As a former winner of the US Amateur and a Walker Cup player, he is a proven match player. Horschel and Cantlay have what Team USA lacks: experience of winning at team golf.

Stricker’s final decision likely lies between the youthful sensation Will Zalatoris or the physically intimidating, Jason Kokrak. That there will be a queue of veterans willing to be paired with the nerveless, Lanny Wadkins-trained, Zalatoris, should swing it in his favour.

Inspiring 12 individuals to play better than the sum of their parts is the winning formula and the reason why Europe has won seven out of the last nine Ryder Cup Matches. Padraig Harrington has long been regarded as a benign leader of men. He is respected. He is confident. He is good humoured and funny. He knows how to win and he will want to win the Ryder Cup more than being afraid of losing it. Steve Stricker is a fine fellow but he is no Padraig Harrington. Nevertheless, the captains won’t hit a shot and the destination of the trophy will be decided by the players – as individuals – because that is the way golf works.