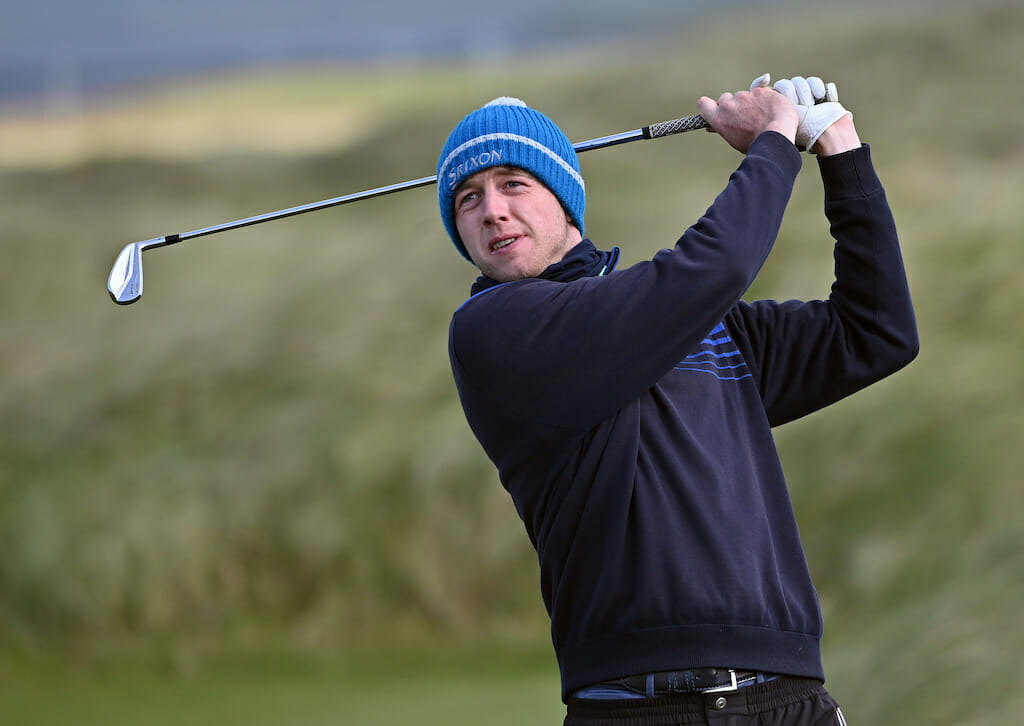 The 2021 South of Ireland Amateur Open Championship returns to Lahinch GC this week after a 24 months absence due to the Covid-19 pandemic.

2019 champion Sean Desmond is looking to defend his title against a high-quality field of over 170 players. One of those players looking to take the crown is Royal Dublin’s Hugh Foley.

Foley was the leading qualifier at the 2019 event, before eventually losing in the quarter-finals to Grange’s Jake Whelan. After winning the 2020 AIG Irish Amateur Close Championship at Rosapenna in October, Foley is hoping to add another prestigious title to his glistening CV.

“It’s my first Championship of the year in Ireland. It feels a bit weird saying that when we’re almost in August. I played in Scotland earlier in the year and stayed there for a few weeks to keep the continuity, but I’m delighted to be home.”

Part of the Ireland team that competed at the European Team Championships in Spain, Foley missed the North of Ireland last week due to quarantining, but he can’t wait to kick start his season.

“If all goes well and you play well, I’ll be there for a long week playing a lot of golf. It’ll be mainly about maintaining energy throughout the week. I ran out of steam in the quarter-finals two years ago, but the aim is to peak this week.

“There will be a lot of guys gunning for the title this week, with a lot of guys sharp from Portrush. It should be a brilliant tournament.”

This year’s field also includes two big winners from last week. The North of Ireland Amateur Open Champion Alex Maguire, and the Irish Senior Men’s Amateur Close Champion Karl Bornemann will be among those hoping to continue their impressive form.

The top-64 players will qualify for the Matchplay section beginning on Friday morning, after two rounds of stroke play qualifying on Wednesday and Thursday. 2021’s champion will be crowned on Sunday afternoon, having come through eight rounds in five days on the famed Clare links.