Smith continues to impress at the game’s highest level 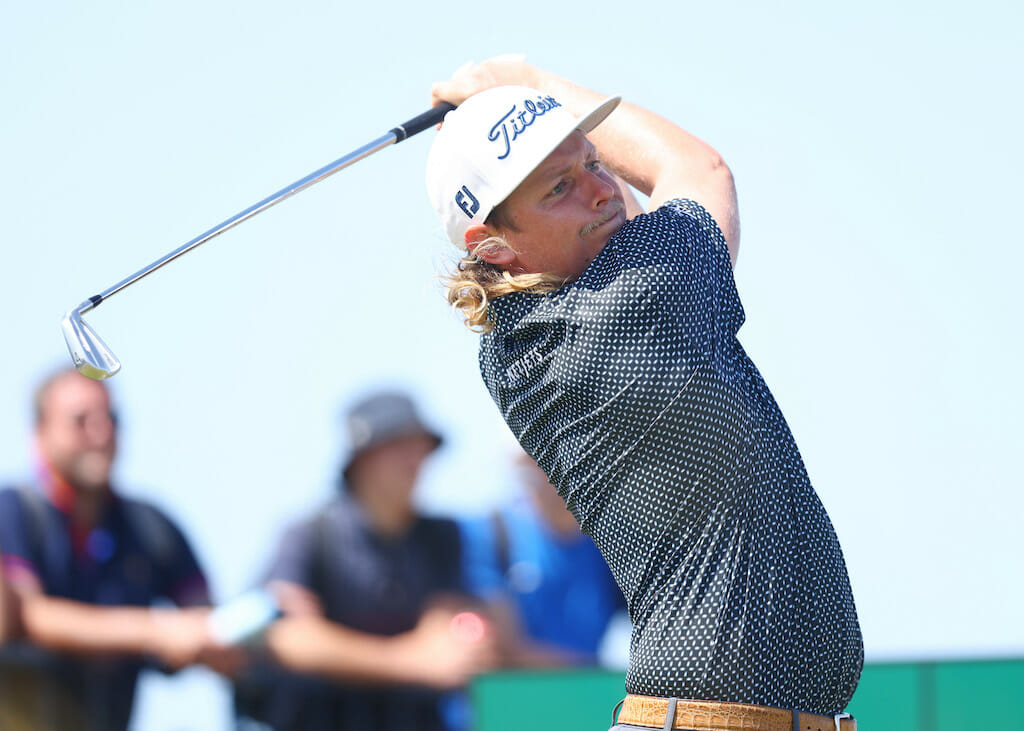 Aussie Cameron Smith continues to stamp his credentials as a future Major winner after a gutsy two-under-par 68 to remain inside the top-10 heading to the final round of the 149th Open Championship.

Smith birdied three of his opening seven holes and despite a pair of bogeys at 10 and 11, the Aussie regrouped to birdie 14 and while dropping a shot at 15, he ended on a positive note with a closing hole birdie in a six-under par 54-hole tally at Royal St. George’s.

We know of Smith’s record in the Masters having finished fifth in 2018 and then two years later the golfer sporting a ‘Mullet’ haircut created Augusta National history in producing four rounds in the 60s to finish joint runner-up to Dustin Johnson. Smith’s U.S. Open credentials boast a fourth on debut in 2015 at Chambers Bay.

Now the 27-year-old is on target to secure a best finish in The Open on the 28th year anniversary of fellow Queenslander Greg Norman being handed the Claret Jug.

“My game was really, really solid today,” Smith said. “I probably had the best ball striking day of the week. Just a couple of poor drives there on the back nine but I got unlucky a couple times there.

“You know, that’s just links golf. Just kept at it and kept trying to make my birdies and carry on. No, really solid stuff.”

Smith’s prior best finish in just his three Open appearances was a share of 20th two years ago at Royal Portrush. And looking ahead to his closing round, in what is Smith’s 21st major championship, he knows it will not be easy.

“It’s going to take a big one tomorrow,” he said. “The golf course is firming up nicely. Still not unplayable, birdies are still there, but it’s going to have to be pretty perfect, I think. Louis (Oosthuizen) and Jordan (Spieth) at the top of the leaderboard, two great competitors that’ll be tough to catch.”

Adam Scott, and the only other Aussie to make the cut, ended on a disappointing note in doubling the last in a two-over-par 72 and drop back into a share of 58th place at three-over.