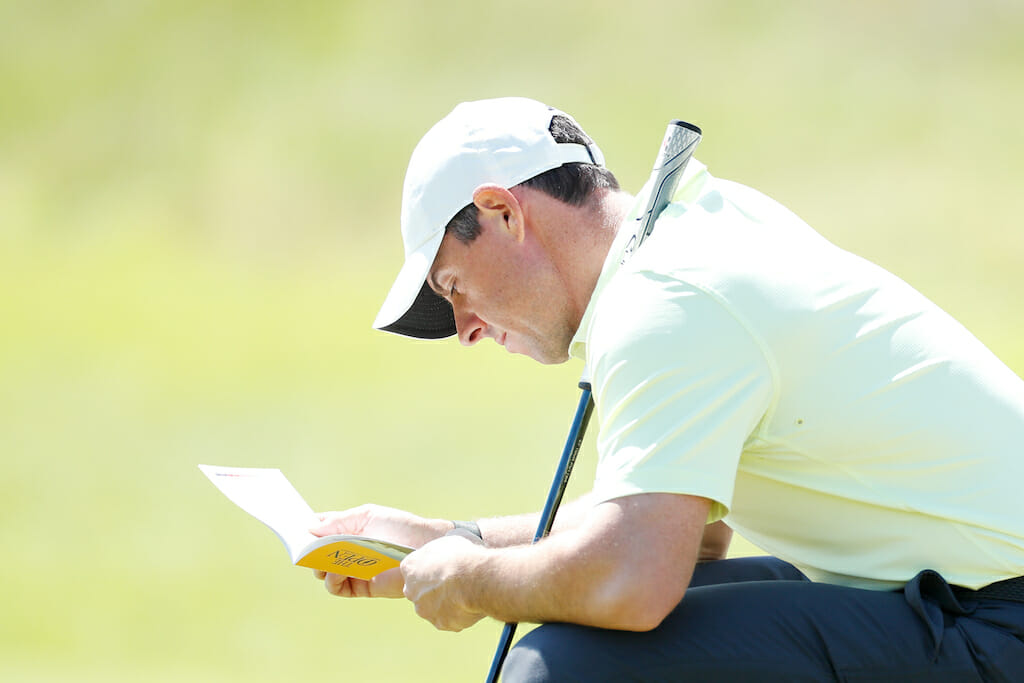 For the second day running, Rory McIlroy huffed and puffed but failed to blow the house down in another even par 70 as he made the cut with much work to do ahead of the weekend rounds of The Open at Royal St. George’s.

Having played his last five holes in two under on Thursday, McIlroy was hoping to carry that momentum into ideal scoring conditions on day two but opened with two straight bogeys as the wind left the sails of the four-time Major winner.

To his credit, McIlroy fought to the end, playing holes 3-15 in a blemish-free three-under before a mental error with just a wedge off the 16th tee found the greenside bunker ahead of the third bogey of his round. Another short missed putt would see another shot go on 17 and at one-over par playing the last, McIlroy’s weekend was very much hanging in the balance as the pressure of the cut-line loomed. However, two good shots to the final green was followed by a timely birdie putt; McIlroy home and hosed at even par, nine back of Collin Morikawa’s lead.

“I felt a little nervous going to that 18th tee,” McIlroy admitted. “I knew I needed a par at least, but birdie to at least be comfortable this afternoon while I watch the golf.

“But yeah, it’s close. I guess that’s the thing. I feel like I could have squeezed — if I was really on my game and sharp with how I’ve played the last two days, I probably could have been 6, or 7-under. But it’s just not — it’s close, it’s just not close enough.”

McIlroy had spoken with confidence in his pre-tournament press conference about something he found in practice and how well he’d been hitting the ball in the lead-up to the tournament. However, it’s been seven years since the Holywood man’s last Major win and under the gun of golf’s biggest stage, it’s largely been a struggle for McIlroy. Asked if it’s a case of wanting it too much or trying too hard, McIlroy said:

“Not at all. I’ve got four of them. Geez, look, I’m the luckiest guy in the world. I get to do what I love for a living. I have a beautiful family. My life is absolutely perfect at the minute. I want for nothing, so it’s not a case of trying too hard for sure.”

Currently nine back of the pacemaker Morikawa, McIlroy admits he’s living on a wing and a prayer when it comes to mounting a realistic title challenge this weekend in Sandwich.

“I know I need to go out and play really well tomorrow and then I need to pray for a bit of wind in the afternoon and see where that gets me,” he said. “Right now I’m just trying to play my own game and not even look at the board, just try to play a good solid round of golf tomorrow.”