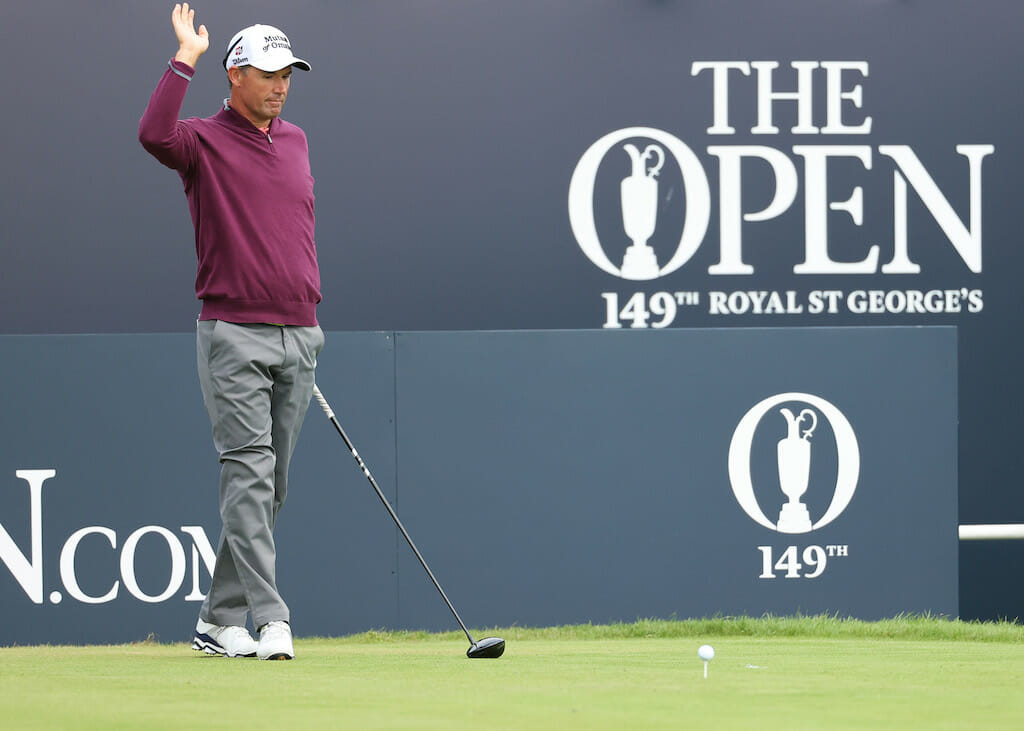 Padraig Harrington admitted to ‘mixed emotions’ despite ending a run of Open missed cuts with a lowest round in six-years at the Championship on day two at Royal St. George’s.

Harrington was another to make the most of initially cold but then bright and near benign morning conditions with five birdies and a trio of bogeys in a round of 68 to get back to level par and inside the projected one-over cut mark. His second-round effort was the European Ryder Cup captain’s best Open round since a 66 on day three of the 2015 Open at St. Andrews.

Harrington set-up his score with four birdies in a five-hole run from the 10th hole, including back-to-back birdies at 14 and 15 but then letting slip a little gloss from what is officially his 76th Open Championship round with a closing bogey.

“But you know, it is what it is. It’s good to be there at the weekend. Happy to be there for the weekend, but a little bit disappointed with my own expectations.”

Of course, Harrington’s ‘expectations’ were given a huge lift earlier this year in sharing fourth place at the PGA Championship while his effort already this week in rural Kent will end a run of sitting out the weekend rounds in his past two Open appearances.

“I struck the ball really well yesterday but I didn’t hit it as well today, but was smart enough, and I putted very well today,” Harrington added.

“I holed several six-footers today. I don’t think I holed anything yesterday — well, I holed two putts on eight and nine yesterday. I holed a lot more short putts today than I did yesterday, but clearly two longer ones yesterday.

“My expectations were higher than that, but when you’ve struggled in the first round, it’s always good to come back and shoot a good number. It should make the cut, even though conditions have substantially changed in the last half an hour. It was cold and the wind was having quite an effect early on. Now it’s warmed up, the ball is moving, it’s going through that wind. Yeah, quite a difference. Hopefully it’s kind of — that’s The Open.

“It’s disappointing to be on the wrong side of the draw yesterday and today, but you know, that happens at times. The leaders are coming from my side of the draw, so I can’t complain too much at this stage anyway.”