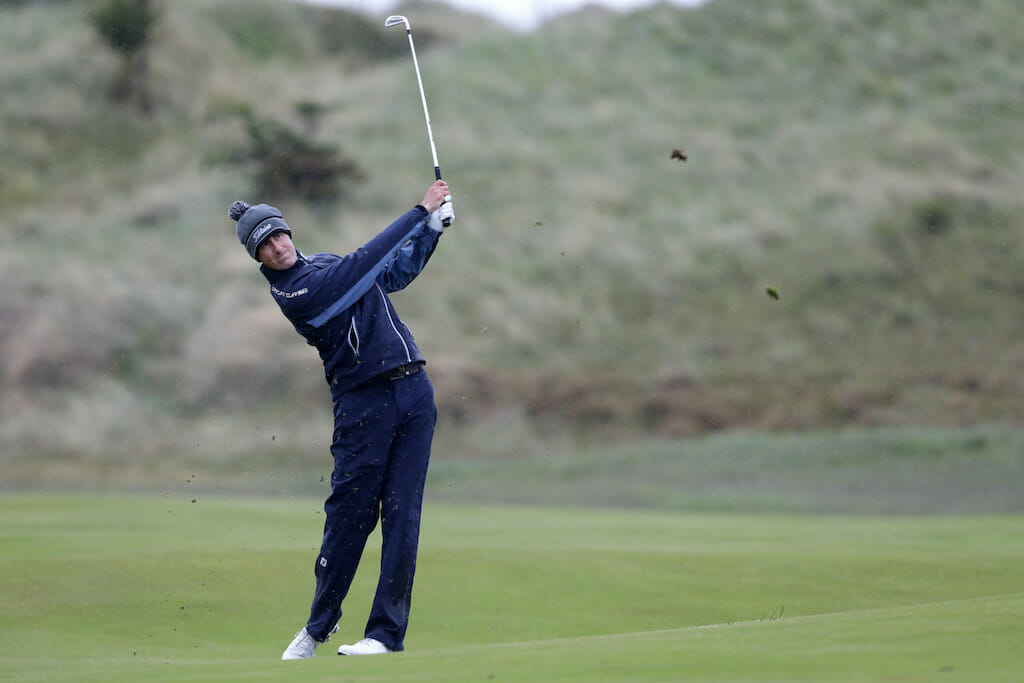 West Waterford’s Gary Hurley was left to rue a final hole double bogey but remains in the hunt for a big week after adding a three-under 69 to his opening 67 at the Alps Tour’s Roma Alps Letas Open.

The former Maynooth man came into the tournament off successive rounds of 68 last week in what was a tie for 14th at the Alps de Las Castillas and looked to be putting himself firmly in title contention on Friday after a penultimate hole eagle moved Hurley to within three of the lead.

Five-under playing the last, Hurley carded a closing double-bogey six that saw him drop to a tie for 11th at eight-under, five shots back of the lead held by Xavier Poncelet who is now sharing it with Gonzalo Vincente Elena from Spain with both players on -13 (131).

Gonzalo Vincente Elena entered the clubhouse as leader after the morning rounds and his 63 (-9), the lowest score of the tournament so far. The 2019 Fred Olsen Alps de la Gomera victor particularly appreciates the Parco dei Medici course:

“It’s a tricky course but I really like it. Above all it’s a fun course to play and you can really enjoy your game with many different situations and dfferent club choices to make. It’s amazing. The greens are not particularly fast but they have a good roll. I think it’s hard to three putt on them. The conditions are just perfect.”

With 2 eagles, 7 birdies and a brace of bogeys on his card, he stayed very focussed:

“I started like yesterday with a bogey and so I said ‘hey, you start with a bogey now come on with the birdies’. Hole two I hit a great shot from 200 metres to put it within a metre of the hole for eagle and I started to relax. I didn’t think about the cut but just focussed on my game and played very solidly. My putting was amazing, with great rolls on the greens. Another eagle on the fifth and more birdies. Just one more bogey on the 13th where my drive went a bit left into the bunker and with very little sand it was impossible to par.”

Yesterday’s leader, Xavier Poncelet, started well with a front nine of 34 (-3) putting him at -11 and just two strokes behind the leader:

“I played the from nine really well and then on the 10th I had a bogey when I caught the rough and I missed the green on the 11th which is a tricky par 3 for another bogey. But after that I continued to play well with four birdies on the back nine focussing on my game and playing as I have all week.”

In joint third place on -11 (133) are the two LETAS amateur players Alessia Nobilio from Italy and the Swiss Anouk Casty, who both carded 65 (-7) today. Nobilio had an error-free round for a total of seven birdies whilst Casty also had seven birdies with her two bogeys being neutralised by an eagle.

The cut came at -2 (142) with 62 players teeing off tomorrow for the final round, 46 pros and 16 amateurs.  A quarter of the finalists are ladies from the LETAS of whom 6 are amateurs. The flights start out at 8:00 am tomorrow from the first and tenth and there will even be some sibling competiton with Leonor and Tomas Bessa from Portugal playing together. It should be a closely fought final as there are twelve players within 5 strokes of the leaders.

It wasn’t such a good day for the other Irish in the field, however, with Simon Bryan (+1), Rhys Clarke (+2) and David Carey (+4) completing the Irish scoring. Full report to follow…