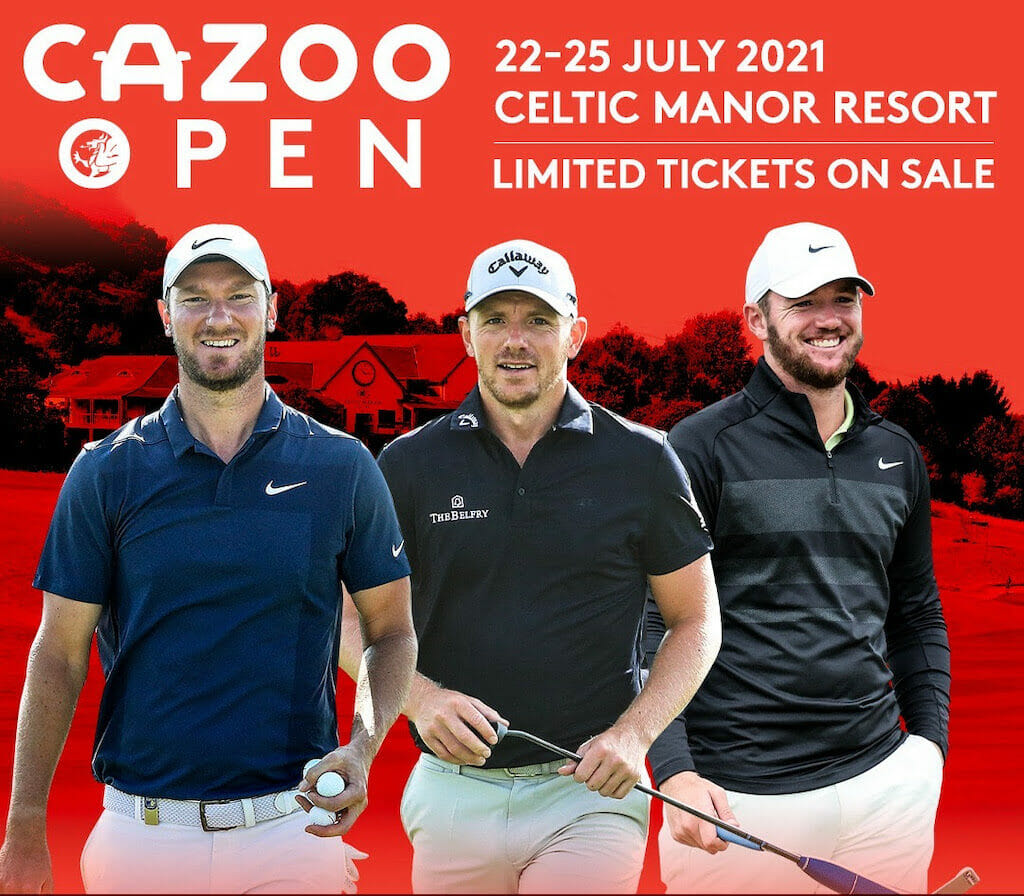 Four-time European Tour winner Matt Wallace cannot wait to tee it up at The Celtic Manor Resort for the first time when the Cazoo Open supported by Gareth Bale returns to The 2010 Ryder Cup venue, from July 22-25.

The Englishman will be making his third appearance on British soil in as many weeks after finishing in a share of 26th at the abrdn Scottish Open before teeing it up this week at Royal St George’s ahead of next week’s Cazoo Open.

The World Number 60 will be making his first appearance at Celtic Manor as the event forms part of the UK Swing, which takes in successive events in Wales, Nothern Ireland, Scotland and England across July and August.

“I’m excited to play at Celtic Manor for the first time,” said Wallace. “It’ll be great to play in front of Welsh crowds; we saw how passionate they were at the Ryder Cup 11 years ago and I’m sure they’ll get behind all the British golfers playing that week.”

Also returning to Celtic Manor Resort this year is Wallace’s compatriot Sam Horsfield, who won the Celtic Classic held in Newport as part of the European Tour’s 2020 UK Swing.

Horsfield won the Celtic Classic, finishing two strokes ahead of Belgium’s Thomas Detry to claim a second European Tour title in the space of 14 days.

“To win a second title in the space of just two weeks was a fantastic feeling, especially at a venue as iconic as Celtic Manor,” said Horsfield. “Obviously I have some great memories of the course, so hopefully I can tap into those feelings and have another good week in Wales.”

Joining them in the field is 2016 Ryder Cup player Chris Wood, who grew up in Bristol, England, just 30 miles from Newport on the south side of the River Severn. The 33-year-old has enjoyed success in Wales in the past, having won the Welsh Amateur Stroke Play Championship in 2008.

Adult tickets for Cazoo Open supported by Gareth Bale are priced at £19 for Wednesday’s Pro-Am day and £24 for each tournament day. Concession tickets (for 13-17 year-olds) are £10 per day, while under-13s go free.

All tickets for the Cazoo Open supported by Gareth Bale are subject to Welsh Government health guidelines, with a comprehensive refund policy in place should spectators be unable to attend due to on-going COVID restrictions. A full FAQ can be found here.

The only official sales channel to purchase tickets for the Cazoo Open supported by Gareth Bale is via the ticketing platform Eventbrite. The resale of tickets on unofficial platforms contravenes the European Tour’s ticket terms and conditions and such sales render the ticket void.

The Cazoo Open supported by Gareth Bale is also seeking volunteers to play a crucial role in the running of Wales’ national Open.

With spectators set to return to the Twenty Ten Course this summer, the Cazoo Open is sure to provide a memorable atmosphere and a festival of golf for players and fans alike.

Whilst the event organisers will endeavour to assign volunteers to their preferred role, this cannot be guaranteed and, by completing the below application progress, you agree to be assigned to roles at the discretion of the Chief Marshal.