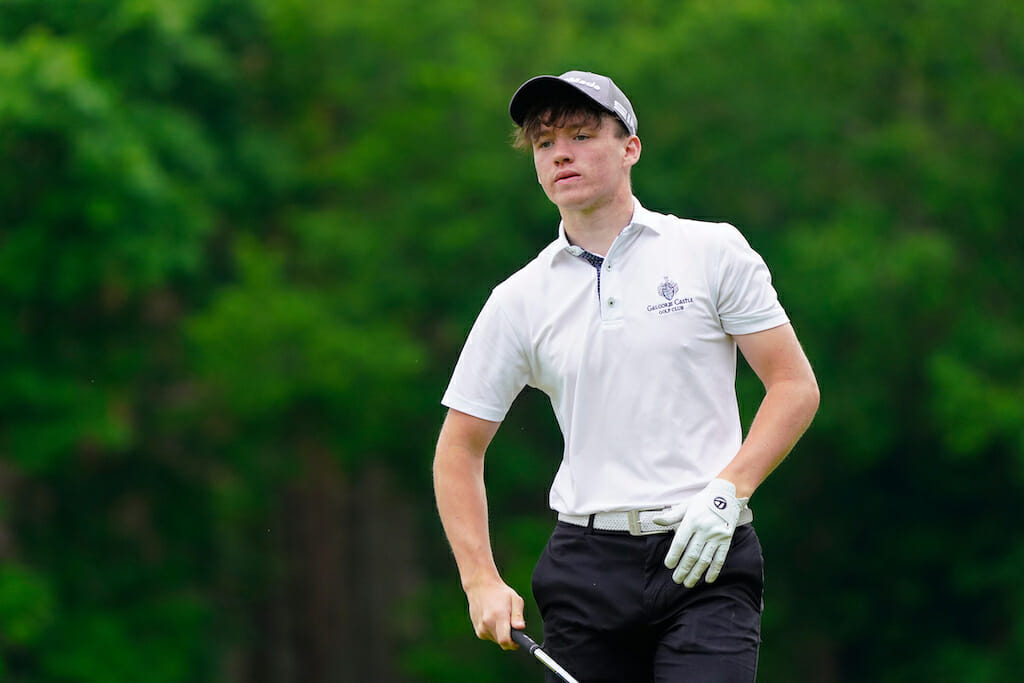 Galgorm Castle duo Joshua Hill and Michael Reid finished top of the leaderboard on Day 2 of the North of Ireland Amateur Open at Royal Portrush.

Playing on separate courses, Hill shot a 70 on the Dunluce Links, with Reid adding a 66 on the Valley Links. The five best rounds of the day came on the Valley Links with The Island’s Joseph Hanney and Belvoir Park’s Gareth Lappin both shooting rounds of 64 to comfortably qualify for the Matchplay section of the competition.

First round leader James Hewitt shot a 77 on the Dunluce Links to drop to a tie for eighth, where he was joined by clubmate Jake Rowe. 2019 champion Arron Edwards-Hill’s 76 also saw him comfortably stay inside the top-10, ahead of Wednesday’s Matchplay.

For the second day in a row, the Valley’s 13th hole saw a hole-in-one. A 9-iron from Clandeboye’s Conor Hagan helped him to a round of 70, but he missed out on the Matchplay.

The top 64 players return to the Dunluce Links on Wednesday morning, with only 16 players reaching Thursday, after two rounds on the famed links.