Brooks would relish final round battle with Bryson at The Open 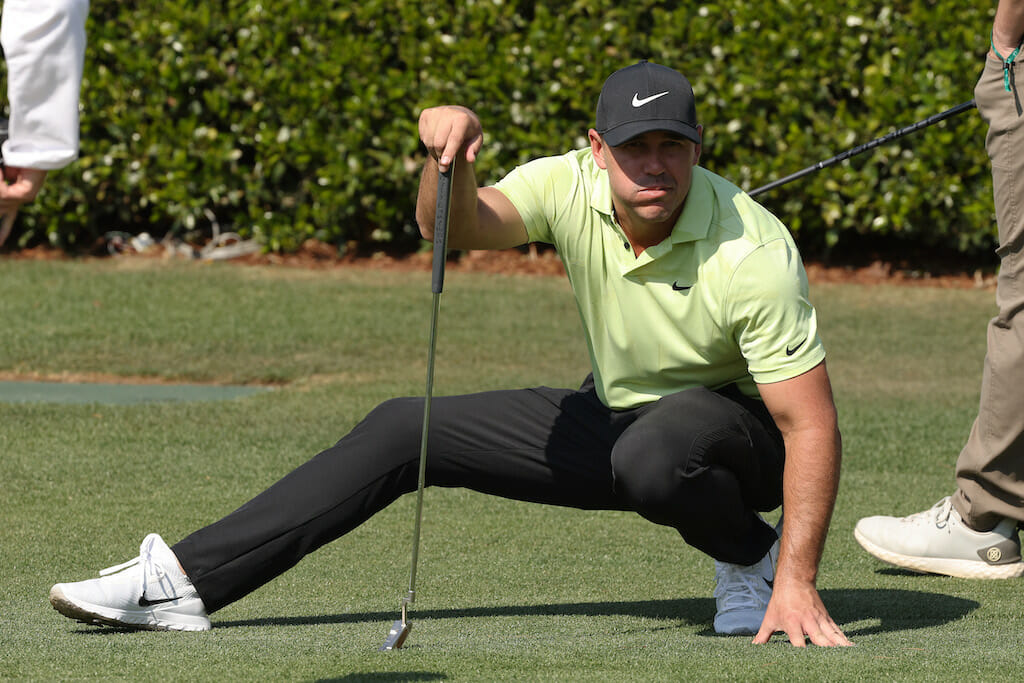 “I would enjoy it,” Koepka said. “I would enjoy it. I’ll be close to the final group come Sunday. I always feel like I play well in the big events, the majors. I think there would be a lot more people tuning in.”

The bad blood between the pair of U.S. Open winners has crossed ‘The Pond’ to resurface at this week’s long-awaited rescheduling of the 149th Open Championship at Royal St. George’s. It’s been well reported by Irish Golfer Magazine what triggered the war of words and how it boiled over at the PGA Championship for the sports world to learn of what was then only a private spat.

Now it’s been brought back to the boil ahead of golf’s oldest major with Koepka quizzed three times on various aspects of he and DeChambeau’s disputes. Firstly, Koepka was asked if there was a ‘pantomime’ element to the saga or do he and DeChambeau simply just dislike each other so much.

“I mean, there’s a story behind it, but I’ve already said the story,” said Koepka. “Like I said, we had a conversation at Liberty, and he (DeChambeau) didn’t hold up his end of the bargain and I didn’t like that, so I’ll take my shots.”

With the fighting pair set to be team-mates in this year’s Ryder Cup, Koepka was asked also how he would look upon DeChambeau being in the same ‘Stars and Stripes’ side.

“It’s only a week,” Koepka said nonchalantly. “I mean, look, I can put it aside for business. If we’re going to be on the same team, I can deal with anybody in the world for a week. I’m not playing with him. I’m pretty sure we’re not going to be paired together; put it that way. I think it’s kind of obvious.

“So, it doesn’t matter. I don’t think they’re — we’re not going to be high fiving and having late-night conversations. I do my thing, he does his thing. Yeah, we’re on the same team, but it’s not an issue at all. I don’t view it as an issue. I don’t think he does. Like I said, I can put anything aside for a team, business, whatever, just to get the job done. No problem with that.”

And there was a last question to Koepka, in what was a no more than 10-minute interview process for all players this week given the strict Covid-19 related guidelines, when he was asked what made him think in the first place that DeChambeau had gone back on his word.

“I said it a couple weeks ago. It was at Liberty and he didn’t like that I had mentioned his name in slow play, so we had a conversation in the locker room, and then I guess we said something else in the press conference but didn’t mention his name in it,” said Koepka.

“Then he walked up to Ricky (Elliott – caddy), said something. It was, you tell your man if he’s got something to say, say it to myself. I thought that was ironic because he went straight to Ricky.

“So, then he decided I guess he was going on that little, whatever, playing video games online or whatever and brought my name up and said a few things, so now it’s fair game.”

Wow! What a final round, last group pairing it would be and one that many followers of this crazy ‘carry-on’ among two of the game’s best players would, no doubt, now like to transpire at Royal St. George’s.