Lowry somewhat relieved his reign as Open champion has ended 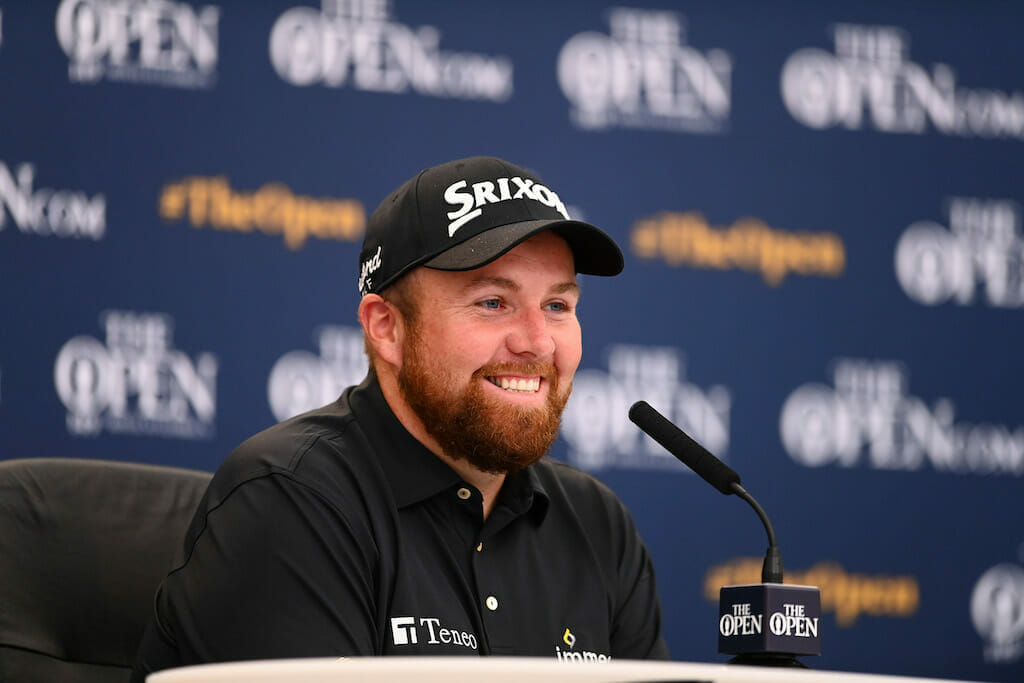 In the nicest of ways, Shane Lowry is pleased the longest Open Championship victory reign since WW2 has come to an end with the Irishman handing back the famed Claret Jug.

Lowry drove up to the Royal St. George’s clubhouse to be met by R&A CEO Martin Slumbers, who was on hand to accept the gleaming trophy. It had been nine days shy of two years since Lowry was crowned Open Champion at Royal Portrush with the proud Irishman retaining the trophy for two years given the cancellation of last year’s intended hosting of golf’s oldest major.

Englishman Dick Burton is the longest reigning Open winner having captured the 1939 Open at St. Andrews and then due to WW2, it was not until 1946, seven long years later, when American Sam Snead won by four shots, also at St. Andrews, that Burton’s reign officially came to a close.

Though in handing back the Claret Jug to Slumbers, Lowry spoke of a burning desire to again be handed the trophy later this week and, if so, become the first since fellow Irishman Padraig Harrington in 2008 to successfully defend the title. And Lowry spoke of his feelings ahead of his defence of the biggest reward in his golfing career.

“I’m sure there’s going to be a bit of anxiety on Wednesday this week, as there is every week,” he said.

“I suppose most of the tournaments I play these days are big tournaments so you have a lot to play for. You want to go out and do well. There is always that little bit of anxiousness to get out there and get going on a Thursday morning, and it’ll be the same this week.

“When I look back on my win at Portrush, my form going into the Open was really good. I was competing in America. I was competing well. I had a chance to win a couple of tournaments. I know I finished kind of middle of the pack at the Irish Open in Lahinch, but I really felt like my golf was quite good.

“So, when I look back, I was in a great place, but I feel like I was, you know what I mean?  It’s almost like when you have those little kind of hiccups the week of big tournaments.

“I went into the U.S. Open at Torrey Pines and I sat down with Neil (Manchip – coach) and I never felt as good, and obviously things didn’t go my way. It’s funny how when you’re not feeling your best maybe in your head it kind of focuses you a little bit better when you get on the golf course.

“I don’t know if there’s anything in it, but obviously at Torrey Pines I sat there on Wednesday and genuinely felt like I was going to have a chance to win the tournament come the weekend, and that obviously doesn’t work for me.”

This week is Lowry’s eighth Open Championship and a 34th career major. He did not contest the 2011 Open Championship when last at Royal St. George’s but then he’s coming off a share of fourth with Harrington in the PGA Championship on the links-like and windswept Kiawah Island course in South Carolina.

And now to the point of getting somewhat ‘annoyed’, but in a nice way, of being reminded so much over the past 24 months he is the Open Champion, Lowry’s pleased in a way his defence of the title is now just three days away.

“I’m ready to go and play in the Open again and I’m looking forward to it. Look, obviously it will be a bit of a — one of those questions over the years. Yeah, I don’t really feel anything about it, to be honest.