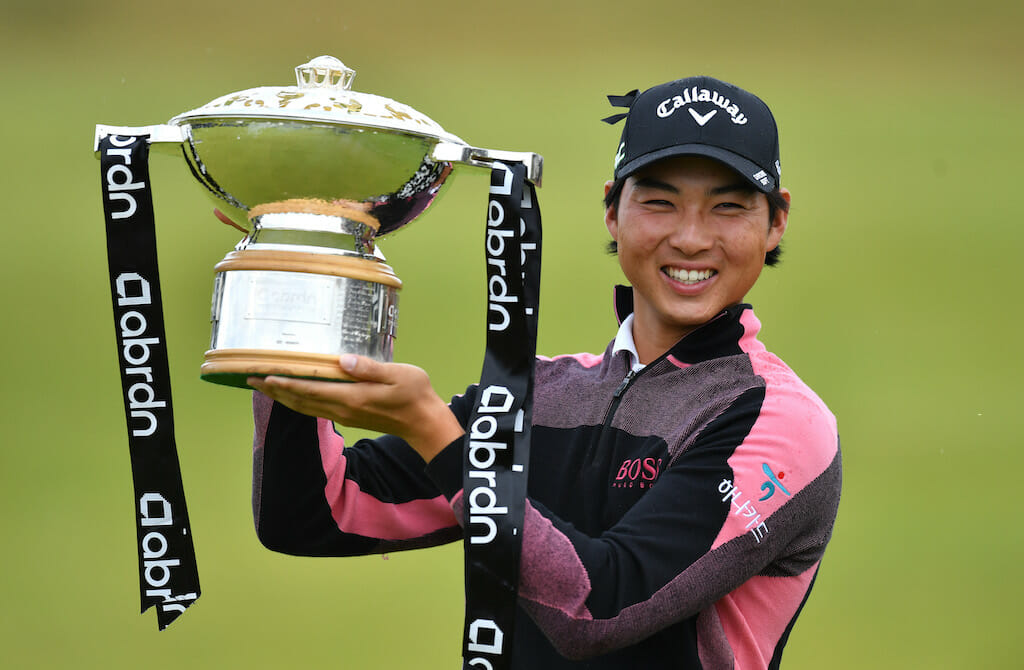 Padraig Harrington enjoyed a share of 18th as Min Woo Lee secured a maiden Rolex Series title and second European Tour victory in thrilling fashion as he defeated Thomas Detry and Matt Fitzpatrick in a play-off at the abrdn Scottish Open.

Europe’s Ryder Cup Captain carded a closing one-under par 70 for an 11-under tally and a cheque worth €77,180. Cormac Sharvin also enjoyed a nice week; the Ardglass pro carding a one-over 72 to finish in a share of 44th, banking €31,381 for the effort.

The day belonged to the Australian Lee, who first entered the winners’ circle at the 2020 ISPS Handa Vic Open, set the clubhouse target of 18 under par after a bogey-free final round of 64, which included six birdies in a row from the third hole.

He was joined on that number by Detry of Belgium and Englishman Fitzpatrick, who each carded four under par rounds of 67 to force a three-way play-off at the Renaissance Club on Scotland’s Golf Coast.

Lee hit his approach on the first extra hole inside ten feet and, after watching Detry and Fitzpatrick miss their birdie chances, made the putt to secure his first Rolex Series title.

“Amazing to hole that last putt,” said Lee. “I had good feelings. I played that hole really good all week and have been flushing it all day, as well. A bit of a break first but it was quite nice and I got to hit a few balls. Just a nice shot in and nice putt.

“I knew there were going to be guys behind me. It’s a course where I knew they were going to make some birdies coming down the stretch. I didn’t give up any shots I guess but I could have holed a couple more putts to make it a little easier for me. But I did put pressure on the group.”

Lee will now make his Major Championship debut after sealing his place at The 149th Open at Royal St George’s next week alongside Detry and Jack Senior.

“I knew I had a good chance coming in just because I’ve been playing so good, and to get in that, and winning the tournament is just the cherry on top. I’m really looking forward to (The Open) next week.”

Lucas Herbert, Ryan Palmer and Ian Poulter shared fourth on 17 under par, while World Number One Jon Rahm followed his win at the U.S. Open three weeks ago with a seventh-place finish in Scotland.

Richie Ramsay was awarded the inaugural Jock MacVicar AGW Memorial Award for the leading Scottish player after finishing in a tie for 15th on 12 under par. The trophy was commissioned by the European Tour on behalf of the Association of Golf Writers in memory of AGW president MacVicar, known fondly as ‘The Doyen’ who passed away in April this year at the age of 83.