McIlroy tee-box incident. What, if any, are the ramifications going forward? 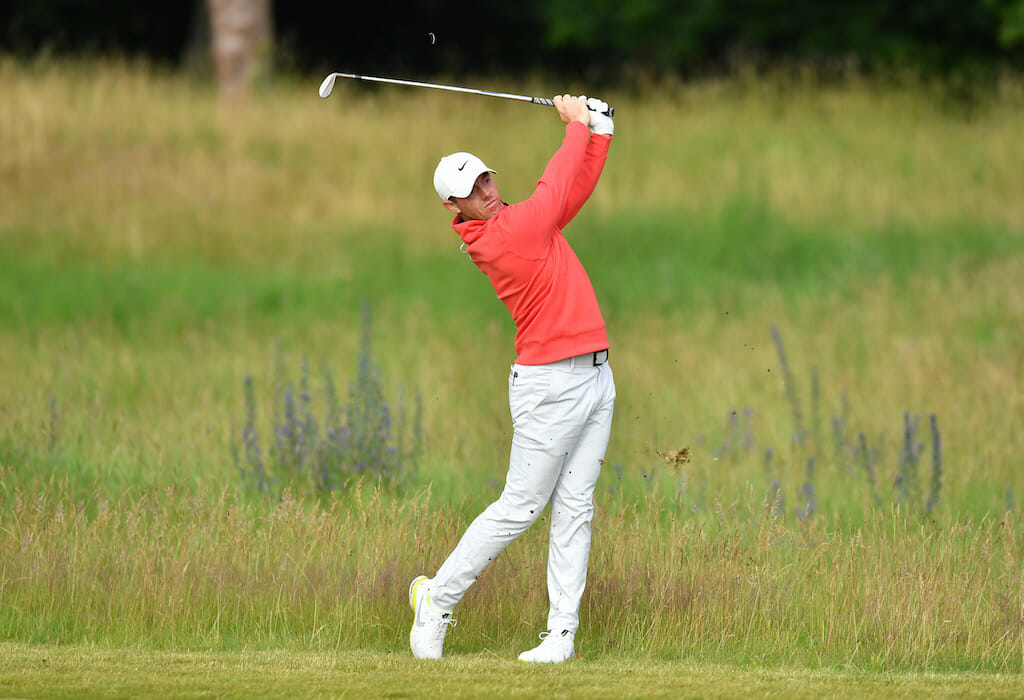 The incident involving a spectator calmly walking-up to Rory McIlroy’s golf bag and removing a 6-iron should have far more ramifications than writing it off as a bizarre prank.

The spectator was soon ejected and about four hours later, McIlroy was also out recording just three second round birdies but also posting three day two bogeys in a level par 71. It is only the fourth occasion in McIlroy’s long history of playing the majors, he has missed a cut before any of the four major championships.

The only other times that McIlroy has missed the cut in his last event before any other of the majors include:

In returning to the incident on the 10th tee of the Scottish Open, it does highlight golf is one sport where spectators can get close, really close. Basketball is another, and so too is tennis.

Who remembers the horror scenes back in 1993 in Hamburg when Monica Seles was stabbed in the back by a man wielding a 23cm knife? Had Seles not leaned forward just moments before the attack, she could have easily been paralysed for life but as it was, she took two years to fully recover, and that’s not to mention the psychological scars she endured.

The incident involving McIlroy was not as life-threatening but who was there then to stop the man brazenly walking up to McIlroy’s golf bag containing his tools of trade – no-one!    And who is to say the spectator could not have taken a swipe at McIlroy?

This is crazy, man just walks up and lifts club and headvover off Rory on tee box. Taken away by security straight away ?‍♂️ #RoryMcIlroy pic.twitter.com/nWDgxlqVJ6

McIlroy was reluctant to speak in detail about the incident on his first hole, which took place around 8am Friday at the Renaissance club

“I was surprised,” he said “It was handled efficiently and everything was OK. I had no idea who it was.”

Rahm said alcohol could be smelled on the spectator’s breath.

“He came in so confident and we thought he was going to take a picture or something,” the U.S. Open champion said. “We thought he was maybe part of the camera crew or a photographer.

“After a little bit, when he walked back and they were taking him out, you could smell the reason why it happened. Me and Rory didn’t say anything. He was holding a 6-iron and I didn’t want to get hurt.”

“It didn’t put anyone off,” the Spanish player said. “If anything, it put a smile on our faces. It will be a pretty good story to tell in the future.”

Footage of the incident soon went viral on social media. The man was eventually escorted off the tee by a security guard after handing the club to McIlroy’s caddie, Harry Diamond.

David Wilson, a member of nearby club Kilspindie who posted the footage, said: “The players laughed it off, saying they knew he wasn’t a golfer when they saw his grip.”

The European Tour said the matter was being dealt with by Police Scotland, and that the man had been taken to the hospital in Edinburgh and that “enquiries are ongoing.”

This week marks the first time that spectators have been allowed in to watch a UK golf event up close since the start of the coronavirus pandemic, though only around 4,000 were being permitted entry per day.