Murphy hits the right notes with opening 67 in France 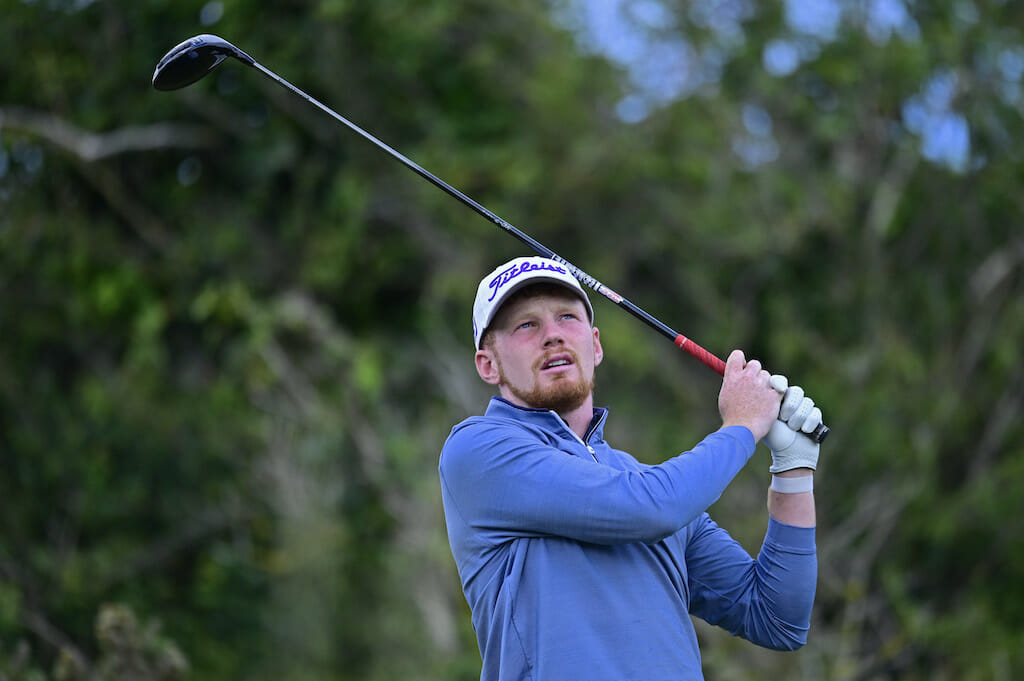 Kinsale’s John Murphy made a brilliant recovery from a back nine blip to finish birdie-eagle and post a four-under par 67 on day one of the Le Vaudreuil Golf Challenge in France.

The Cork man had been cruising through 11 holes, bogey-free and three-under before a bogey on 12 was followed by a double on 14. However, the former Walker Cup star wasn’t about to down tools, bouncing back with a birdie on 15 before a stunning birdie-eagle finish saw him home in a tie for second at four-under and just three strokes back of Paul Peterson’s lead.

That was the best the Irish could muster on an opening day that saw Tramore’s Robin Dawson trade four birdies and four bogeys in an even par 71, the same score as Portmarnock’s Conor Purcell and Northern Irish duo Michael Hoey and Tom McKibbin. Gavin Moynihan was at four-over after a disappointing 75.

At the top, Peterson will take a three stroke lead into day two as he seeks his first Challenge Tour victory. The American posted a seven-under par round of 64 which included eight birdies and just one bogey at Golf PGA France du Vaudreuil.

Peterson secured a tie for seventh place at last week’s Kaskáda Golf Challenge and is grateful to be back having had playing opportunities restricted during the pandemic.

“I feel my game is in a good place,” he said. “Due to the pandemic the playing opportunities weren’t quite there because in 2019 I played most of my golf in Japan and it was tough to get over there.

“I felt like my game was trending in the right direction when I was practicing at home and I’m very thankful to the Challenge Tour and the people that put this event on. I’m just trying to take advantage of a couple of invites and do the best with the opportunities I’m given.”

Peterson took full advantage of the soft greens at Le Vaudreuil and will be hoping to maintain his strong start to claim his maiden European Challenge Tour trophy.

“I spun one back on 18 about 20 feet from 80 yards so that gives you a good indication of how wet they are,” he said. “I kind of knew it was going to be like that with the conditions of the practice areas and so I tried to be as aggressive as I could on pins that weren’t tucked to close to the edges because you get some funny run offs and good lies around the greens.”

Peterson is a European Tour champion having triumphed at the 2016 D+D REAL Czech Masters but was full of praise for the quality on the Challenge Tour.

“These guys can play,” he said. “The competition is really fierce out here and I’m just trying to do my best to hang with these guys.

“I played full time on the European Tour in 2016 and 2017 and a couple of events this year but where I am in my category isn’t quite where I’d like it to be. I’m just grateful for the opportunities to get out and compete again.”