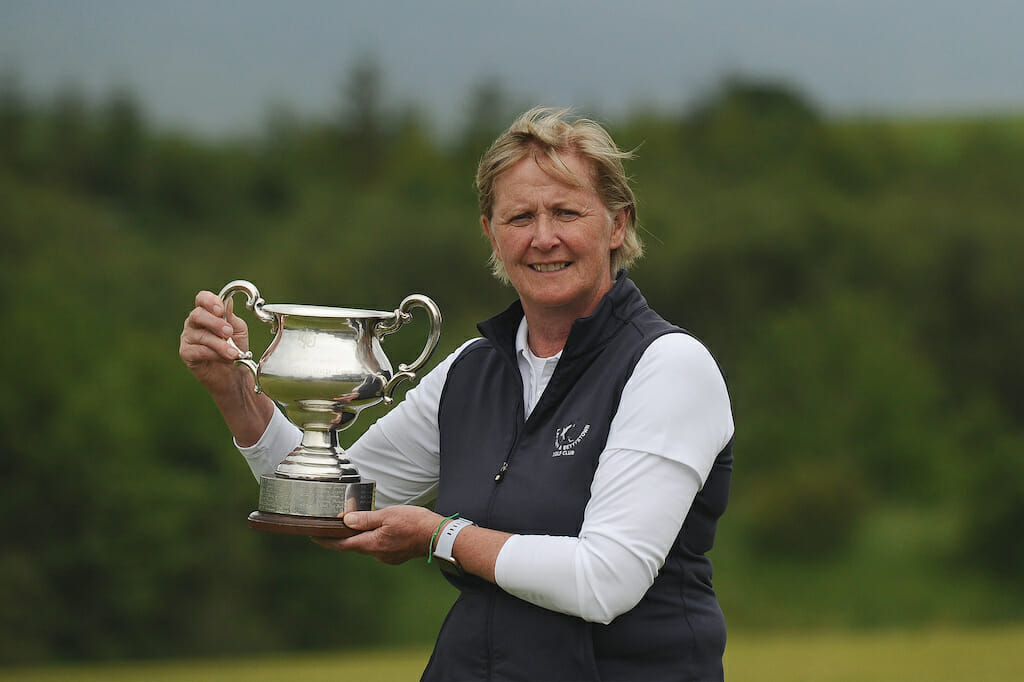 Carol Wickham of Laytown & Bettystown Golf Club has made her breakthrough at the Irish Senior Women’s Close, winning the title on Friday having been beaten in the decider on two previous occasions.

With qualifying rounds of 79 and 78, Wickham faced Shirley Real, Fionnuala Halpin and Gertie McMullen on her way to the final, where she met leading qualifier Deirdre Smith (Co. Louth).

“I am absolutely relieved to have finally won the Championship,” said Wickham following her win. “I’ve been trying a long time and to come out in the final against Deirdre and to win was just great.”

Wickham has history at Westport, having played an Irish Women’s Close final and the Women’s Home Internationals here in 1989.

“I was beaten in the Irish Women’s Close Final here back in 1989 by Mary McKenna on the 19th, I was 2 up with as many holes to play, so I was thinking it was a bit of a nemesis coming when Deirdre began making a bit of a comeback, but thankfully I got over that memory.”

Smith could have been named the favourite before the final teed off, as she had won all of her previous matches 5&4. However Wickham kept a steady head, and despite a birdie on 15 to extend the match from Smith, she closed the game on the 16th green.

Hailing from neighbouring clubs, both Smith and Wickham would have known renowned PGA Professional, Bobby Brown, who passed away in 2015 and who instilled a competitive spirit in them both.

“She’s a great competitor Deirdre, all the competitors were great throughout all of my matches, all were very sporting. Before we teed off in the final Deirdre said ‘wouldn’t Bobby Brown be proud of the two of us’ and I just thought that was a lovely thing to think about going out there.”

Catherine Reilly (The Heath) and Siobhan O’Herlihy (Muskerry) went head-to-head in the final of the Plate, for seeds 17 – 32 in the stroke play qualifying. Overcoming Kate Evans (RCDL) in her semi-final, O’Herlihy then edged ahead of O’Reilly in the final, securing her win on the final green. 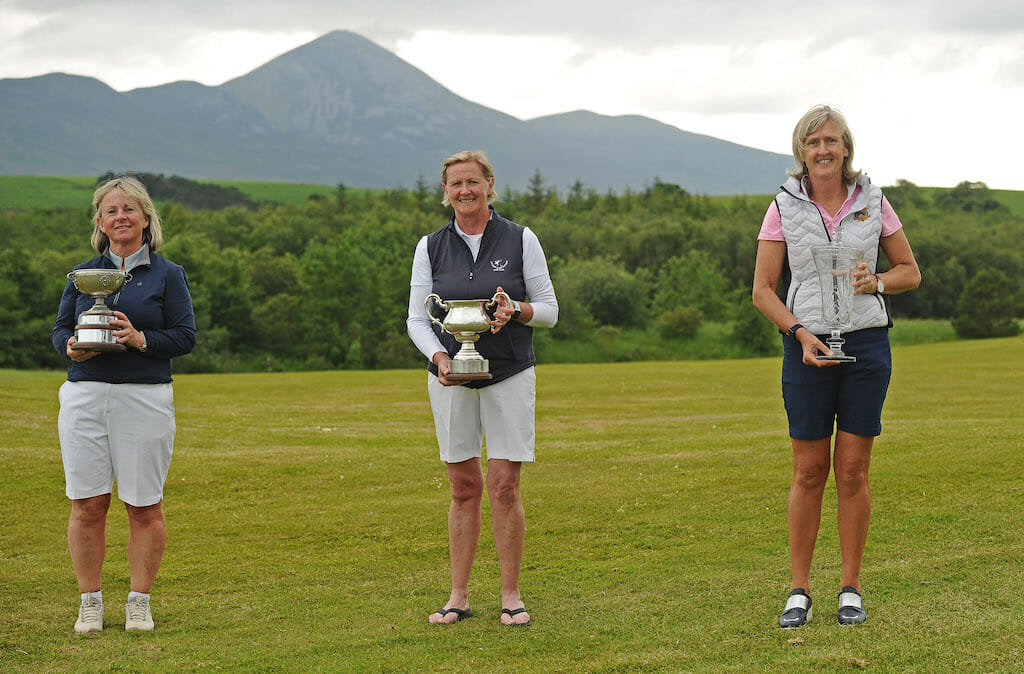