Bale lends his support to 2021 Cazoo Open at Celtic Manor 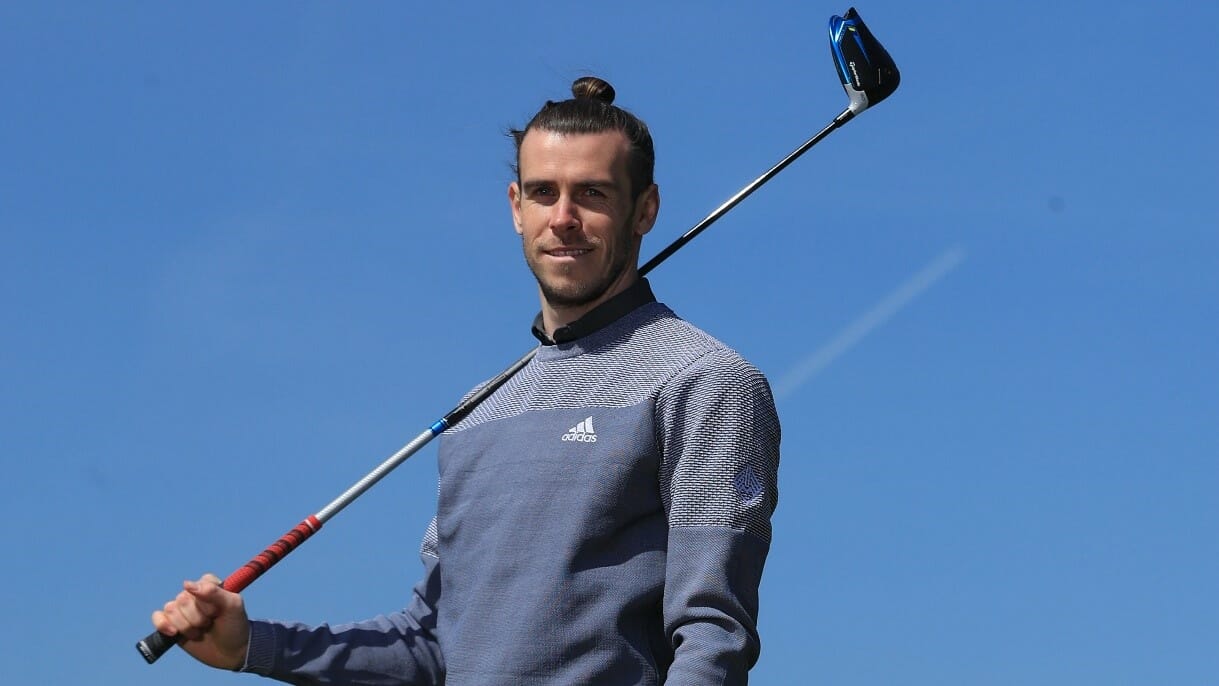 Bale, who has made 96 appearances for his country and is his nation’s all-time top goal scorer, is a well-documented avid golf fan and, in partnership with his management group ICM Stellar Sports, wants to play a role in the development of professional and junior golf in Wales.

“The Cazoo Open had been away from the European Tour for a few years and, after watching the coverage last year, ICM Stellar Sports and I decided we wanted to play a part in the development of golf in Wales,” said Bale. “We want to make golf in Wales bigger and we believe that this event can play a big role in that. Hopefully we can get more people watching and grow the game of golf in Wales.

“We want to make it a real spectacle. To have the Welsh public involved would be amazing. We’ve looked at doing other things with junior golf to try and build up golf in Wales – we want to get youngsters out there to watch the players play and do as much as we can to promote it.”

Golf fans will have the opportunity to book their place at Celtic Manor Resort, with tickets for the Cazoo Open supported by Gareth Bale on sale now.

A strictly limited number of tickets will be available for each of the four competition days and Wednesday’s Pro-Am and a percentage of tickets available will be donated to key frontline workers in recognition of their dedicated work throughout the pandemic.

Celtic Manor Resort hosted two consecutive events on the 2020 Race to Dubai as part of the European Tour’s UK Swing, when the Cazoo Open and Celtic Classic were played at the 2010 Ryder Cup host venue.

“Celtic Manor is an incredible venue,” added Bale, who is an honorary member of the Twenty Ten Club. “It’s grown so much over the years; the facilities are amazing. The Twenty Ten course is hard when the rough is up and if you don’t hit many fairways. Everybody who has been there has loved playing it and it’s always a good test of golf.”

ICM Stellar Sports will also take on the role of co-promoter of the Cazoo Open supported by Gareth Bale after signing a three-year agreement with the European Tour.

Guy Kinnings, Deputy CEO European Tour, Ryder Cup Director and Chief Commercial Officer, said: “Gareth is a globally-recognisable sports star and we are delighted that he has chosen to throw his support behind his country’s national golf open. We look forward to working with Gareth and ICM Stellar Sports to develop this tournament over the next few years.”

Jonathan Barnett, Executive Chairman at ICM Stellar Sports, said: “With top clients in football, rugby, athletics, American football and other sports it was always natural that we would move into golf but, as with everything we do, it was about getting the timing right. Golf is entering a new era of competitiveness and opportunity and by supporting events like the Cazoo Open we hope to see some great golf and the emergence of some great golfers.”

Romain Langasque, winner of the Amateur Championship in 2015, won the 2020 edition of the event, finishing two strokes ahead of 2020 Sir Henry Cotton Rookie of the Year Sami Välimäki on eight under par. The win earned the Frenchman his first European Tour title.

Dawn Bowden, Deputy Minister for Arts and Sport, Welsh Government, said: “The involvement of a true Welsh sporting icon further cements the long-standing links between Wales and this exciting golf event. Furthermore, Gareth’s involvement will shine a spotlight on the work being undertaken to drive youngsters’ interest and increase participation in the sport which has many health and well-being benefits.”

Cazoo, the UK’s leading online car retailer, was recently announced as the title sponsors of the Cazoo Open supported by Gareth Bale and the Cazoo Classic, which will bring the 2021 UK Swing to a close at London Golf Club from August 12-15, in a multi-year partnership.

All tickets for the Cazoo Open will be subject to Welsh Government health guidelines, with a comprehensive refund policy in place should spectators not be able to take up their place due to on-going COVID restrictions.

The only official sales channel to purchase tickets for the 2021 Cazoo Open supported by Gareth Bale is via the ticketing platform Eventbrite. The resale of tickets on unofficial platforms contravenes the European Tour’s ticket terms and conditions and such sales render the ticket void.

To purchase your tickets for the 2021 Cazoo Open supported by Gareth Bale, click here.

The Cazoo Open supported by Gareth Bale is seeking volunteers to play a crucial role in the running of Wales’ national open. Further information can be found by clicking here.