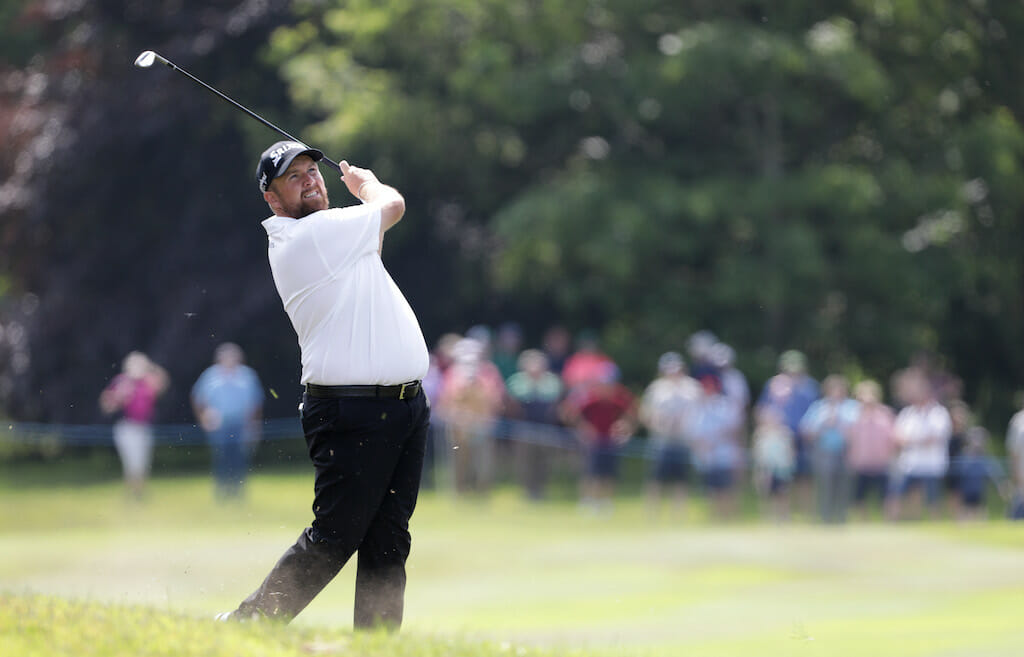 Shane Lowry was frustrated with himself after a lack of concentration led to a lost ball and a bogey ‘6’ en route to an opening two-under 70 on day one of the Dubai Duty Free Irish Open.

The reigning Open champion traded four birdies with two bogeys on a pristine opening day at Mount Juliet but was left disappointed with how he handled a delay on the par-5 fifth tee that led to a momentum halting bogey.

“It is what it is,” Lowry said. “I will move on now and try and shoot a low score tomorrow and get myself into contention for the weekend.

“I lost that ball on the fifth. We were waiting on the tee and having the chat and I lost concentration which I was really disappointed with, because I don’t like doing that and giving away shots. I will move on and try and shoot as low as I can the next three days.”

Outside the top-40 at the time of writing, Lowry will know the course was there for the taking with hardly a breath of wind and sunshine greeting players at the Kilkenny parkland. However, the Clara man is in much better shape than Padraig Harrington who, despite teeing up on the opening day with confidence brimming, produced a really disappointing four-over 76 to leaves him with an uphill battle to make the cut.

“It didn’t go the way I wanted it,” Harrington reflected. “I hit lots of pure shots, hit a few bad shots as well and struggled on the greens. It was not what I expected. I was reining it in Tuesday and Wednesday and sometimes when you have high expectations it can backfire a bit.”

It’s Australian Lucas Herbert who led the field after the morning wave, ripping through the course in eight-under 64 to head Scotland’s Grant Forrest by two strokes and the likes of Martin Kaymer by three – the German in a large group of players in a tie for third at five-under.

As for some of the other early Irish finishers, Paul Dunne was at level par with Cormac Sharvin a shot further back at one-over. Jonathan Caldwell was alongside Padraig Harrington at plus-four while Simon Thornton carded a five-over 77.