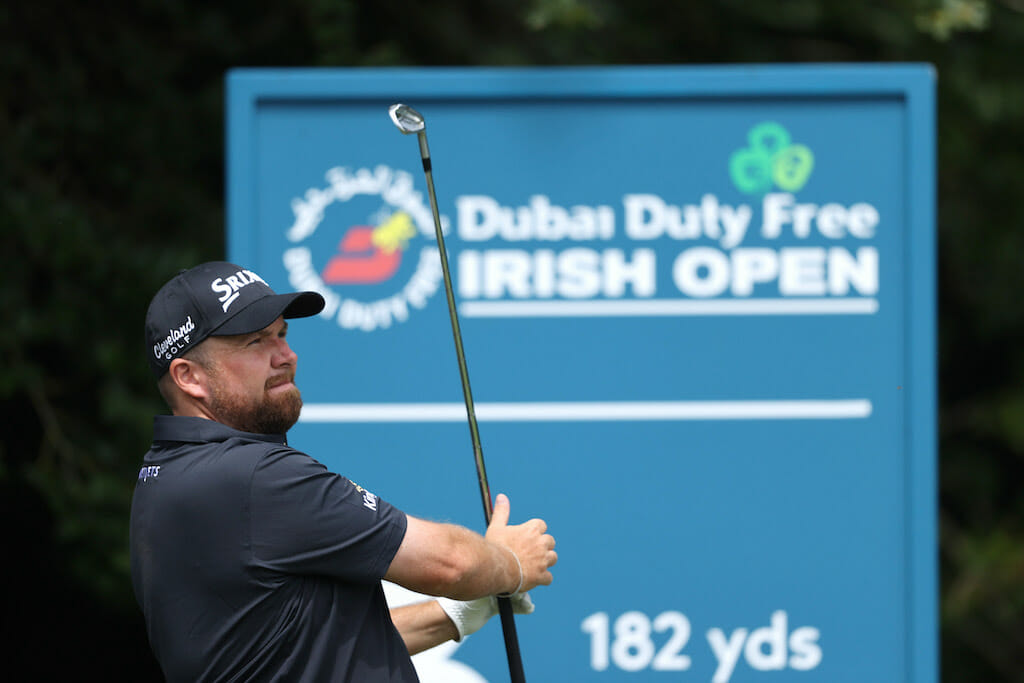 Reigning Open Champion Shane Lowry is among the group of home superstars ready to bask in the atmosphere of playing in front of spectators at the Dubai Duty Free Irish Open, where he will be joined by four-time Major winner Rory McIlroy, Ryder Cup Captain Pádraig Harrington and former U.S Open Champion Graeme McDowell.

Lowry’s career took off unexpectedly in 2009 when the Offaly player shocked the field to win the island of Ireland’s national open at County Louth Golf Club as an amateur, widely regarded as one of the most famous moments in modern Irish sporting history.

Having also claimed his maiden Major title two years ago in front of his jubilant home fans in The Open Championship at Royal Portrush, the 34-year-old is buzzing to tee it up in front of spectators once again after this week’s event was chosen by the Irish government as one of the first pilot initiatives for extended capacity at outdoor sporting events.

“It’s nice being back home,” said Lowry. “No matter where you go in the world it’s always nice to be home. Got home last week and got to see some family and friends at the weekend that I haven’t seen since Christmas, so that was nice.

“Obviously coming here to play the Irish Open is exciting. It’s a tournament that obviously means a lot to me. And not that I owe a lot to it, but it kick-started my whole career with that invite I got here and winning it, so I probably do owe a lot to the tournament. It is nice to be here and it’s nice to have some good weather down here in Kilkenny, and, hopefully that stays for the rest of the week and we can all have a good week.

“I grew up about an hour and a half from here, so played here a few times over the years. It’s probably not as long as the modern day golf course that we play, but I think the fairways are narrow enough to maybe make it trickier when you do miss fairways because it’s quite firm out there. It’s a lovely place to play golf and a lovely place to be.

“Obviously we have our bubble this week but it doesn’t feel like a bubble here at Mount Juliet because it’s so nice here. We were actually commenting, there were a few lads at dinner last night in the bar, we were commenting on that; it doesn’t feel like the actual bubble this week because the surroundings are so nice. It’s great to be here and at a nice venue, and hopefully I can be here for the whole week and hopefully I can be here until late Sunday afternoon.”

This week’s event also marks a special occasion for Harrington, who will play in front of the Irish crowds for the last time before he leads Team Europe as Captain at The Ryder Cup in September.

“I am actually enjoying the week so far,” said Harrington. “I’m looking forward to it. I’ve been quite relaxed. I’ve been very relaxed, actually, up until I’ve been asked all these questions now in the interviews; I’m starting to think about it.

“Up till now I’ve been enjoying it. I appreciate that we’re at Mount Juliet. This venue always lends itself to being a very nice host. Everybody enjoys it here. The weather obviously helps. I think all of the players that have come in, the European players are loving it. What often happens, we Irish players take it to heart if our event isn’t special, and we do feel like it’s special this week. So that’s a good thing.

“As regards me, I see some nice form. I’m always working away at things and trying to get my game in shape. At the moment I’m working more on my mental game. That’s a good sign. That’s normally when you get the better results. Somewhat focused on The Open in two weeks’ time, but that kind of helps because this week, it’s all about getting things right. You can’t just turn up and it’s not like a light switch where you just turn it on and off. It takes a bit of time.

“But I saw some good green shots last week, and it’s following on this week so far and hopefully I’ll keep doing it and play my game, do my stuff and hopefully Sunday with a few holes to go, I have a chance and enjoy those feelings of being stressed out under pressure for the last couple of holes.”

The skipper is joined in the field by his recently-announced Vice Captains McDowell and Martin Kaymer with this week’s host GMac delighted to be back having missed last year’s renewal in Northern Ireland.

“Listen, any time you’re not playing an Irish Open, something’s going on, and obviously it’s been a crazy 15 months for everyone,” said McDowell.

“It’s great to be back here at Mount Juliet. Dubai Duty Free continue to support us, and having people watching us will be great. Golf course is in fantastic condition.

“I think it’s a course that sets up pretty well for me, as well. You have to hit the fairways and keep the ball in play off the tee, and you have a lot of short irons in your hand and perfect greens. It’s going to be a low-scoring affair and definitely got to come out of the gates hot tomorrow hopefully. I’m excited to be back, and looking forward to a good week.”