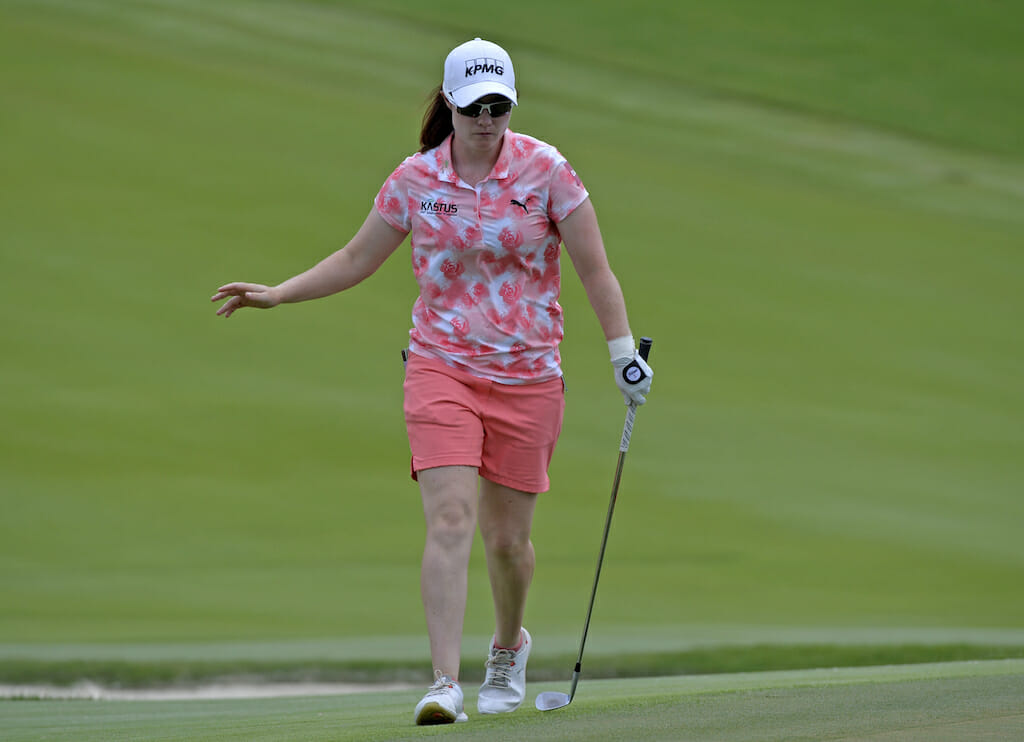 Leona Maguire will relish a week away from competition after claiming her career-best finish in a Major championship with her share of 15th at the KPMG Women’s PGA.

The Cavan professional signed off with a second successive one-under par round of 71 for a four-under tally and a cheque worth $58,839 as Nelly Korda raced to a three-stroke win and her first Major title at 19-under. The 22-year old, who got the better of Maguire down the stretch at the previous week’s Meijer LPGA Classic, pulled clear of compatriot Lizette Salas (-16) with Salas a further six shots clear of third.

For 26-year old Maguire, it’s a sixth top-20 finish from 11 tournaments as her consistency ramps up a notch in what’s technically still her rookie season. It’s also another mature performance from Maguire that stands her in good stead ahead of another busy stretch of golf from next week’s Marathon LPGA Classic.

“I felt like I stuck to my game plan and played really solid all week,” said Maguire. “I was very disciplined, went at pins that I could go at and played smart at other holes. I only put one ball in the water this week which I felt was pretty good. Overall to have had a total under par around this golf course is something I’m really happy with.

“You had to be so patient on this golf course. The leaders are shooting some incredible scores, but for me it was kind of hanging in there, taking the chances when I got them. If I could have holed a few more putts it could have been a bit better, but overall happy with how I played, and I think it might be my best Major finish so far, so yeah, progress.”

Speaking of progress, Korda’s victory is projected to see her jump to number one in the rankings for the first time in her career. The tall, big-hitting American entered the week at 3 in the world and banks $675,000 for her latest win on Tour.

“I think I blacked out a little,” Korda said when asked how she did it. “I don’t know, I mean, I’ve put in a lot of work, and to finally get a win, or two wins under my belt — or three wins, sorry, three wins under my belt this year, and to get a major championship, I don’t even have words, honestly.

“I mean, honestly, this is something that I’ve worked for since I was 14, since I played in my first one. I wanted to be a major champion, and to finally get it done here in Atlanta with such an amazing crowd, honestly, it’s really special.”